Crispy, crunchy, salty snacks are a favorite among many Americans, but as people are becoming more health-­conscious, companies are taking the lead in producing healthier options for those snack cravings.

“Overall, snack sales are up and the industry has been doing well, (but) a major concern out there is commodity prices—corn, wheat and obviously fuel prices, etc. So those are eating into the profit, but sales have been quite brisk,” said Jim McCarthy, Snack Food Association (SFA) president and CEO.

The Saratoga Springs, N.Y., snack maker has finalized an agreement with Williams-Sonoma to sell its chips in the California-based gourmet specialty company’s 270 outlets in the U.S. and Canada, and another to supply the chips to Tennessee-based Cracker Barrel’s 610 gift outlets.

Before expanding its market, Saratoga Specialties had a presence in 230-270 retail outlets, including local Hannaford and Price Chopper grocery stores.

“Most of our companies are developing better-for-you products in addition to their traditional products. In fact, three of the major companies in the industry have made pledges to reduce sodium dramatically over the next five years, so there is a major trend out there for lower fat and lower sodium products. I think it’s fair to say Frito-Lay, Snyder’s-Lance and Kraft Foods announced they were all moving in that lower sodium direction and most of our other companies are as well,” McCarthy said. “A lot of our companies traditionally offered low or no-sodium products and lower or no added sodium products, so it’s something that our industry has offered for a number of years.”

McCarthy added that snack trends in the coming years are focused on whole grains.

“I think consumers are focused on overall healthier snacking opportunities, and whole grains have become a very popular solution to diet and health. The dietary guidelines, the ­recent ones focused on whole grains in the diet… popcorn, for example, is a natural source of whole grain, and many of our pretzel products and a lot of our tortilla chips and other snacks items can take advantage of the whole grain aspect,” he said. “I see snacks as continuing to be popular, especially as people are busy with two income-earner families and ­families on the go, and I think that snacks continue to provide a good source of nutrition as well as a convenient source of nutrition and we’ll continue to fit into the overall daily diet of Americans, increasingly so over the next few years.” 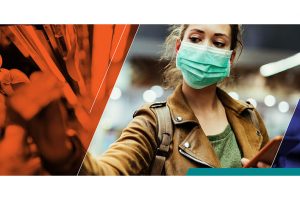