Up NORTH, Down SOUTH—There is a tale of two cities in need, one looking for a special kind of grocer, the other looking for, well, any kind, please.

In Colonie, N.Y., near Albany, the buzz at the corner of Wolf and Sand Creek roads is: Will it be Trader Joe’s or Whole Foods?

Tom Burke, developer of the three-acre lot, would neither confirm nor deny the identity of the grocer, telling Michael DeMasi of The Business Review, “It’s not unreasonable to assume Trader Joe’s or Whole Foods might be on the short list or likely possible tenants.”

Fair enough, though Trader Joe’s spokeswoman Alison Mochizuki later said, “New York is not in our two-year plan of opening locations. You can check in from time to time to see if anything changes.”

Both specialty retailers have their fans, some willing to drive to the closest Whole Foods 115 miles, one-way, in Hadley, Mass., while a group called

We Want Trader Joe’s has been clamoring for three years for the chain to come to Colonie. The nearest also is in Hadley.

In New Orleans, it’s a different scenario. Locals want, need more grocers. Since Katrina, just about all have fled the city, as rebuilding or moving in is financially challenging.

Their corner of interest is St. Claude and St. Roch avenues, where by the end of June the New Orleans Food Co-op will be open for business. Once where the old Universal Furniture stood, the new full-service grocery will be fully stocked with produce, bread, eggs and other staples hard to find in the Marigny neighborhood since August 2005.

David Livingston, analyst for DJL Research, told The Times-Picayune that while 70 percent of residents have returned since Hurricane Katrina, only half the number of grocers have.

“Gentilly lost a pistol of a store when Zuppardo’s did not reopen. The city lost a ­number of successful neighborhood stores from the hurricane, never to return, such as Circle and Meme’s,” said Livingston, speaking of the 7th Ward, Treme and Lakeview communities.

Money, getting credit, is obviously the problem for small grocers, though New Orleans has plans for a Fresh Food Retailer Initiative, funding $14 ­million in loans to spark development.

“Most retailers, even Walmart, are in no hurry to return because of the ­difficult unsafe conditions of the neighborhoods,” noted Livingston.

To its credit, Rouses Supermarkets, long a mainstay in the Houma-Thibodaux area, took a major step in 2007 by acquiring all the Sav-A-Center stores in the metro. They are building a downtown supermarket, in fact—a void even before Katrina.

“It’s a very viable option and we think it serves multiple kinds of customers,” said the chain’s Scott Miller, COO. “The people that live downtown are not well served.”

Just goes to show, different people, from different demographics, are willing to walk or drive a long way for groceries. 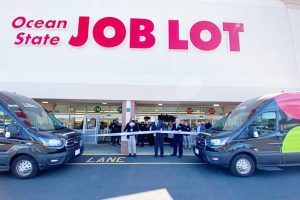 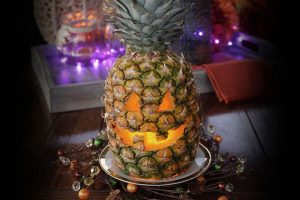