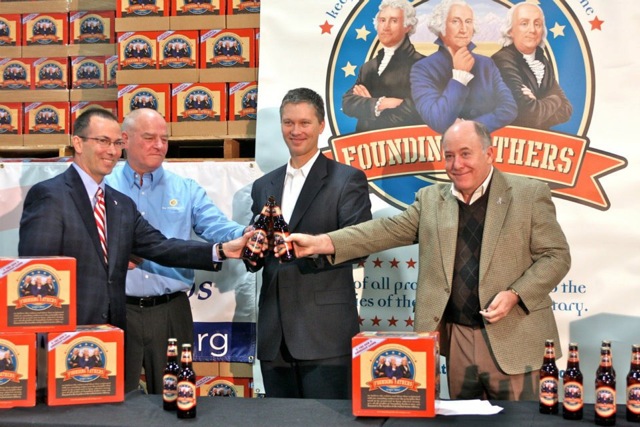 Long Lake, Minn.-based Founding Fathers Beer, a new American lager both owned and brewed in the United States that will donate half of its profits to the families of military troops, is now available in Tennessee. Operation Homefront Tennessee and the Armed Forces Relief Trust will receive 50 percent of the profits from Founding Fathers Beer sold in the state.

“The largest breweries in America are now foreign-owned,” said Phil Knutsen, founder and CEO. “Founding Fathers is not only owned and brewed in America, but half of the profits will go to those serving in our armed forces and their families. We are thrilled to be introducing a new American beer choice that will both taste great and compete with the major, national foreign-owned brands.”

Founding Fathers was established in 2009 by Knutsen and a team of investors who believe retail shelves need more American-made products that serve an important cause.

“The sky’s the limit with what we can develop in the future,” Knutsen said. “We are starting with beer, but we’re very excited about expanding our business model to include additional products and we’re passionate about raising additional funds for our troops.”