Chris Brown, who has been EVP, president and COO of Nash Finch Wholesale since February 2010, is no longer with the company, according to a Nov. 21 U.S. Securities and Exchange Commission (SEC) filing.

Kevin Elliott, most recently an SVP at 7-Eleven Inc., has joined Nash Finch Co. as EVP, president and COO of wholesale/retail. As president and COO, Elliott is responsible for all wholesale, food distribution and corporate retail operations.

At 7-Eleven, Elliott, 46, was SVP of merchandising, logistics and marketing. While there, he oversaw merchandising and marketing for the convenience store retailer’s 6,000 corporate and franchise stores in the U.S. and Canada, as well as its national daily distribution network comprised of 26 distribution centers.

Alec Covington, president and CEO of Nash Finch, said Elliott’s distribution and retail experience will be beneficial when working with wholesale independent retailers and the company’s corporate retail banners.

“Kevin’s top priority will be leading an aggressive sales-growth strategy in 2013 and beyond, focusing on quality execution, driving our customer/consumer focused approach to serving our wholesale independent retailers, business development in other potential channels and strengthening the performance of our corporate retail banners,” Covington said in announcing Elliott’s appointment.

During his tenure at 7-Eleven, Elliott led several sales and margin growth initiatives, including successfully launching an integrated “Hot-Foods” program, development of a 320-SKU private-label program (7-Select) and a global procurement initiative with the 7&i Holdings organization. During his leadership, 7-Eleven increased its daily delivery distribution network with an additional 360 stores and opened two distribution centers. These operational improvement initiatives resulted in significant cost savings for the company and maintained a steady increase of consecutive annual same-store sales and margin strength for eight years.

Prior to 7-Eleven, Elliott spent more than a year at The Webvan Group as VP of supply chain/wholesale. He started his career at the Fleming Cos., where he spent more than 10 years in various roles, including retail store operations, to his most senior position as corporate director, category management, a role in which he was responsible for category management/marketing and private-label activities for grocery products.

Brown to stay on until Jan. 3

The SEC filing regarding Brown’s departure states that he is no longer serving as EVP and COO “effective immediately,” and that he “will remain with the company until his separation on Jan. 3, 2013, to assist in the transition of his duties and ongoing matters.”

Brown was named president and COO of Nash Finch Wholesale in February 2010. He has been with Nash Finch since 2006, when he joined the company as EVP of food distribution.

Nash Finch has appointed Peter O’Donnell as its CAO/controller effective Nov. 12. O’Donnell was VP and controller of the company. In this new role, O’Donnell will continue to oversee all internal controls for the company’s accounting systems and processes in addition to managerial report preparation, general accounting, payroll, accounts payable, accounts receivable and income tax accounting.

He also is responsible for directing the consolidation of the company’s financial and operational statements and public company reporting.

When O’Donnell joined Nash Finch in 2007, he had more than 30 years of finance experience having held leadership positions at Shopko, Borders Group and Ernst & Young. 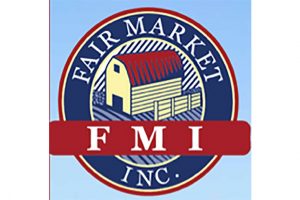 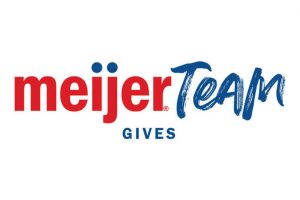