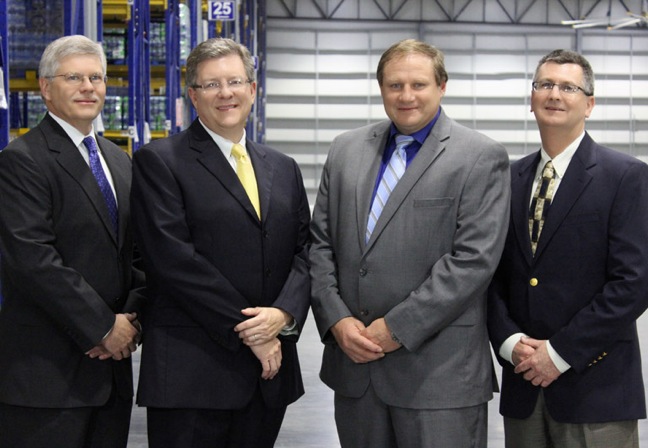 Jerry Garland, AWG’s president and CEO, says, “We are pleased to make this announcement. We want to extend special thanks to the local and state officials that worked diligently with us to plan and construct these facilities that will eventually service over 300 stores along the I-10 corridor.”

Over the past few years, about half of these stores have been serviced by AWG out of a Memphis facility more than 300 miles away. AWG had earlier indicated that this move would save more than $5 million a year in freight charges to stores and eliminate more than three million miles driven, a positive impact on the environment. The move also brings about 300 jobs to the southern Louisiana area.

Garland adds, “As a member-owned cooperative, our only objective is to provide our retailers with the highest quality food products at the lowest possible cost, so family-owned independent grocers can compete in their marketplace.”

Brad Ramey, owner of the 11-store Ramey’s Inc. of Purvis, Miss., writes, “Since becoming a member of AWG our company has more than doubled in size and sales. This new Louisiana warehouse will reduce my delivery cost by 35 to 50 percent, making us more competitive and free up capital for us to grow through new stores and remodeling. I’m proud of the decision I made to join AWG.”

E.L. Vowell, owner of the 12-store Triple V Inc. of Louisville, Miss., writes, “Through the years AWG has proved itself as a valuable supply partner…we are excited to see what the future holds for our company.”

Dale Trahan, owner of three Piggly Wiggly stores based in Rayne, La., says, “We are very excited about this new AWG warehouse in South Louisiana. It will bring us more efficient deliveries, better variety, improved freshness and a cheaper cost of goods. This will benefit us and our loyal customers for years to come.”

Click here to post a comment
Blue Bell Kicks Off New Year With New Flavor
Getting On Grocers’ Shelves Is Only Half The Battle, Says Gourmet Ads