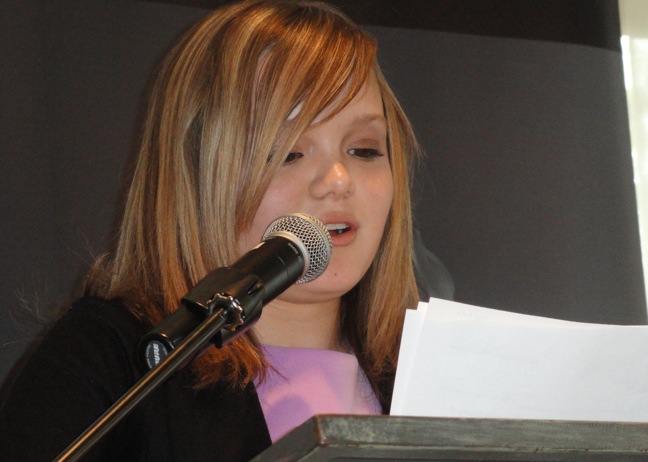 Though Shelby Klug has spoken at many CF events, she gave her first, as she called it, “formal speech” during the luncheon. She also told the crowd that her great strides team—Team ShelbyUSA—which raises money for CF, currently is in a dozen states and that it is the No. 1 CF fundraising team in the country.

Additionally, in May, Klug hopes to be accepted into a Phase 3 clinical trial for the Vertex drugs 770 and 809. 770, or Kalydeco, was approved by the FDA last year and actually provided a cure to 4 percent of the CF population.

“The upcoming clinical trial combines Kalydeco with another drug—Vertex 809—and it is aimed at curing my specific genetic mutation,” Klug told the luncheon crowd.

She was expected to to begin testing for the clinical trial Monday.

“I cannot even imagine what a miracle it could be for me and many others with CF. That may sound like a bunch of numbers and strange names, but it’s life changing,” Klug said of the clinical trial.

Read more about Klug’s struggle with CF; a portion of her speech from last week appears below.

“It seems like tons of people have heard of cystic fibrosis, but most do not really know what it is. CF is caused by a mutation in the gene for the protein cystic fibrosis transmembrane conductance regulator (CFTR). This protein is required to regulate the components of sweat, digestive fluids and mucus. CFTR regulates the movement of chloride and sodium ions across epithelial membranes, including a certain epithelia located in the lungs. Hmmm…OK, so if you are you like me and didn’t understand a word of that and it just sounded like a bunch of science, don’t worry, I’ll break it down.

“Cystic fibrosis causes me to have thick, sticky mucus in my lungs. This makes it hard and even painful to breathe. It also causes mucus to be in my pancreas, which makes it hard for me to gain weight. Because of CF I also have nasal polyps…nasal polyps means I pretty much just have a ton of junk up in my nose and the only way to get it out is through surgery. Because of CF, I constantly run out of energy and my body constantly loses salt.

“I was always told that God gave us things because he knew we could handle them…well God must think I’m the bomb because I was also born with a hole in my right eardrum. This caused me to have a lot of ear infections, but also was never allowed to go underwater…so I’m not a good swimmer. The doctors had a very difficult time diagnosing me because they got confused by my symptoms. They kept thinking that my ear infections were related to my other health problems when they were completely separate.

“I was diagnosed with cystic fibrosis at the age of 2 after I had a collapsed lung and several cases of pneumonia. I also had trouble gaining weight, which (the doctors) called a ‘failure to thrive.’ Through a sweat test, the doctors told my parents that they had finally diagnosed my condition and that I had cystic fibrosis; that I would probably only live into my 20s. This was Aug. 9, 2000—my big brother’s 5th birthday.

“As a kid I was always a bit different and didn’t necessarily understand everything that was going on around me. I thought that every kid was like me, but I learned quickly that I was wrong. I was different. I spent many days and nights in and out of the hospital, but I remember that the doctors and nurses were always so sweet and became my friends. When I turned 8 years old, I fit into the clothes of a 4-year-old because I couldn’t gain weight. I got a feeding tube inserted in 2007 and since then I have gained 70 pounds. Eating is definitely not a problem. I eat more then my brother and he is 17. I even eat more than my dad sometimes. I may look small but you would be amazed at how much I can eat. The only thing I don’t like is salad—I would much rather have a cheeseburger.

“I spend several hours every day taking medicine and doing breathing treatments just to maintain my health. I use nebulized medications, aerosol medications and nasal sprays and rinses. And I take pills. A lot of pills. About 40 pills a day is my minimum when I am not sick or fighting an infection. And three times a day, I connect to a machine that vibrates my lungs and works to break up the mucus. CF is a very demanding disease so I don’t get a day off. Every day I wake up and repeat the same routine, over and over and over and over and over again.

“I’m not gonna lie, 2012 was a rough year for me. I was in the hospital many times. Whenever people hear that I have been checked in to the hospital, it seems like they automatically lose their minds and assume the worst. Thankfully, most of my hospital stays are under a week because I go home with a picc line IV. A picc line is a small tube they put into my upper arm and directly deposits medication near my heart. Most children have to be knocked out when they get this procedure. I can actually get it awake. So I’m pretty tough.

“This year I started high school with a picc line in my arm and, a couple of weeks later, I went into the hospital to get ear surgery to fix my ear drum. I can happily say that my eardrum is fixed and I have the gnarliest scar ever—it’s so cool. Sadly, a few weeks after the surgery I was admitted back into the hospital with another lung infection.

“I thought I could start my freshman year without telling anyone about CF, but I was quickly proven wrong. My friends started to ask a lot of questions because I would get major coughing attacks in and out of class. And let’s admit it, you would be kind of concerned, too, if your best friend sounded like they were about to cough up a lung. I eventually ended up telling my closest friends and now they look out for me…”

“Many people wonder how I cope…I guess I’m just happy. I don’t really know how I do it because well—I actually feel blessed. (As I) become more involved with the CF community, the more CF friends I make. I started to experience something I never had before. Death…I saw kids just like me with cystic fibrosis dying. Those kids were my friends. I felt like when they left they took a piece of me with them. I felt like a puzzle and each time I lost a piece I got weaker and mismatched. I didn’t really know what to do anymore. I became depressed and could barely make it through a day of school. My friends saw me crying in the hallways and no matter how hard I tried to smile I just couldn’t. Then I realized how good I have it. How great it is to be me. I am so thankful for the life I have and all of the people who support me.

“A lot of things keep me going, but the most influential is music. I wake up every morning at 4 o’clock to begin my breathing treatment and immediately blare my music as loud as humanely possible. If you came into my house at 4:30 you would probably see me jumping around and trying to mosh while wearing my vest, hooked up to the machine that is shaking my lungs, and doing inhaled medication. The entire house can hear me. So my family listens to good music whether they like it or not.

“I enjoy drama and acting but my real dream is to become a rock-and-roll star. When I say it’s my “dream,” I mean it’s going to happen. One day I will be on a stage playing music for everyone to hear. I am going to inspire kids who feel left out…like they don’t fit in…like no one is there for them. That is my dream and will be my future—Shelby Klug, future drumming goddess.

“Because of all of the support that people like you provide to the foundation, the future is bright and sunny. I want you to know from the bottom of my heart how much it means to me and all of the other kids with this disease.

“I have CF, cystic fibrosis. I am chronically fabulous. I am a courageous fighter. I am carefree.

“CF can stand for many things but I am positive that one day it will stand for Cure Found.” 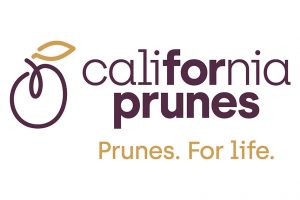