Rovit succeeds Nick Meriggioli, who will be leaving the organization in early 2014.

As Kraft’s head of strategy, Rovit architected the separation of the former Kraft Foods Inc. into two standalone, public companies: Kraft Foods Group and Mondelez International. After the launch of the new Kraft in October 2012, Rovit added the Planters nuts business to a portfolio of responsibilities that included strategy, corporate development, information systems and business process excellence. Under his leadership, Planters transformed its business model, which led to brand share growth for the first time in nearly two years.

“Sam is an accomplished strategist with CEO experience in the meat industry,” says Tony Vernon, CEO of Kraft. “He is a transformational thinker who has a unique ability to look at every aspect of the business, ask the hard questions and bring something new to the table. Sam is a great choice to lead Oscar Mayer into the future.”

Rovit joined Kraft in 2011 from Bain & Co., where he was a senior partner. During his 20-year tenure at Bain, he led several of the firm’s practice areas, including global mergers & acquisitions, corporate renewal and turnarounds and agribusiness. He also served for two years as president and CEO of Swift & Co., one of the world’s largest processors of beef and pork products.

Meriggioli has had a long and distinguished career with Kraft. He joined the company in 1987 and spent the past seven years in Madison, Wis., as EVP and president of Oscar Mayer.

“Nick is a leader and mentor at Oscar Mayer, at Kraft and in the meat industry. Most recently, he championed innovation with the launch of Oscar Mayer Selects and led the rejuvenation of the Lunchables franchise,” Vernon says. “Right now, Nick and his family have such strong ties to the Madison community that other opportunities at Kraft were not a possibility for him. We thank Nick for his many contributions to the company.”

Rovit will continue to oversee the strategy function while the company conducts a search for its next EVP of strategy. 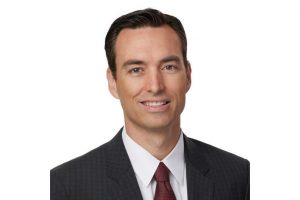 COO Thueringer To Retire After 47 Years With Coborn’s
Publix Named No. 1 Pharmacy In Market Force Survey