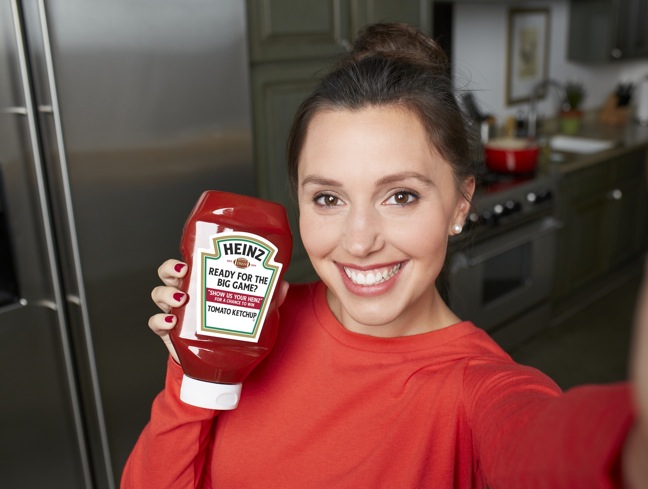 “Heinz’s participation in the Super Bowl is an opportunity to remind consumers of the love they have for this iconic brand,” said Bill Ulrick, senior brand manager for Heinz North America. “The commercial investment is part of a larger effort to renew our commitment to engage with our great fans.”

The company says Heinz Ketchup has been a mainstay in national celebrations for generations, inspiring unique, happy memories associated with the iconic brand. As such, the advertisement will highlight the belief that when someone picks up a bottle of Heinz Ketchup, they’re triggering all the happy memories they’ve experienced over the years where Heinz was present.

The advertisement is part of a campaign encouraging ketchup fans to share how they enjoy Heinz products. Specially marked ketchup bottles can be found in restaurants and in stores until Feb. 23; a QR code on the back will take customers to a landing page where they can enter a photo with a favorite Heinz product for the chance to win more than $400,000 in prizes, including five grand prize trips to the five biggest championship sporting events of the winners’ choosing over the next year.

In the feature photo at top: The “Show Us Your Heinz” campaign encourages ketchup fans to share how they enjoy Heinz products.