Home » Is The Senior Discount Helping Or Harming Your Business? 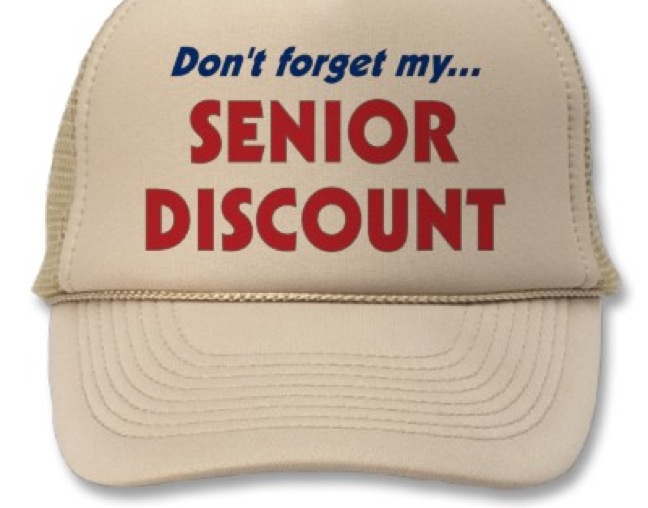 This question has been on a slow simmer for me over the past few months as I have heard about more and more instances of people who are not senior citizens being “treated” to that discount. A lot of these situations, as you might imagine, show up on Facebook, people looking for commiseration. And there’s a lot of it out there. One friend, my same age, got dozens of comments on her unwelcome experience with that at a local supermarket.

And, sadly, I can join in the conversation. It has happened to me twice in the last few months; the second time, just this week and just days after my 48th birthday, which wasn’t really great timing. This latest instance was in a restaurant; the first time was in a grocery store. In both cases, I was not aware I’d been given the discount until I looked at the receipt. That kind of made it worse—I look so much like a senior citizen that you didn’t even have to ask? I sincerely hope that’s not the case. What I choose to believe is that these young women—and in both cases it was a young woman who bestowed the discount—don’t have a clue about judging people’s age, or about human nature.

I admit that it’s hard to guess how old someone is; people age at such different rates for a multitude of reasons. But that being the case, why would a server or cashier think they don’t need to ask? Maybe they think asking is offensive in itself, so they go ahead and apply the discount if there’s the slightest chance they should, hoping for the best. But it’s really not a great solution.

I have largely been able to let these encounters kind of roll off me, focusing instead on those dollars I saved through no effort of my own, but I don’t think any business should assume it won’t lose customers because of misplaced senior discounts. In our society, aging, especially for women, is to be slowed down if not avoided altogether, so when a business tells a woman she looks way older than she is, it’s a problem and possibly the end of her patronage of that business.

Maybe there are men out there who get equally offended, but I would guess those numbers are fairly low. My husband turned 55 just a couple of days before I turned 48 and very much took it in stride. He wasn’t given a senior discount at the restaurant, either, which didn’t help matters any. Him with his graying hair and goatee and me with a few strands of gray in my brown hair and you give me the discount?

Apparently I am still getting over it, but there has to be a solution to this dilemma. I don’t want the discount (yet), and I would guess you don’t want your employees giving a discount to those who are not entitled to it. Is there a good way to handle this, and if so, what is it? Email me at [email protected]elbypublishing.com. I have some businesses I would like to pass the information along to…