Home » Kroger Is Shelby’s 2014 Southeast Retailer Of The Year 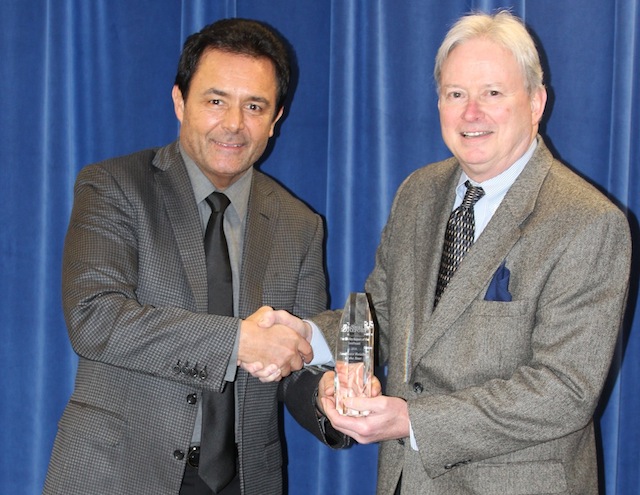 The Kroger Co.’s Atlanta division in December was named The Shelby Report’s 2014 Southeast Retailer of the Year. In addition to a special section that appeared in the December 2014 issue, Shelby Publishing Co.’s Ron Johnston this month presented Kroger Atlanta President Bruce Lucia with an award in recognition of the distinction.