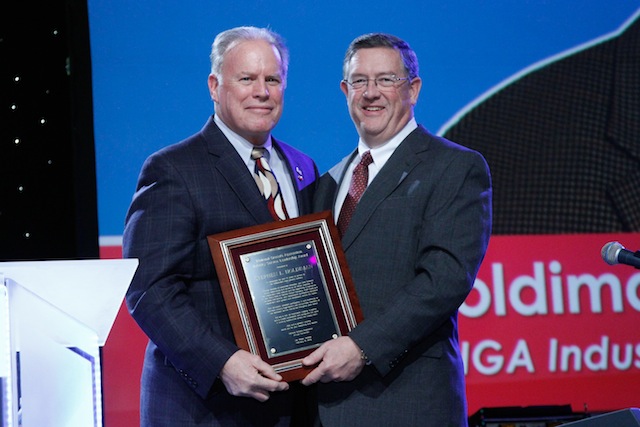 The National Grocers Association (NGA) wrapped up its 2015 show Wednesday in Las Vegas with record-breaking attendance for the fifth consecutive year and a sold-out expo floor.

“The impressive number of independent retailer and wholesalers who attended this year’s NGA Show further demonstrates that the independent supermarket industry has real momentum. Show attendees are clearly committed to strengthening our industry by being on the forefront of the latest trends and technologies to meet and exceed their consumers’ expectations,” said NGA President and CEO Peter Larkin. “We met our goal of providing attendees with unsurpassed value, proving that the NGA Show is truly the place for independents to gather.”

At the chairman’s gala Tuesday evening, NGA’s Industry Service Award was presented to longtime food industry executive Steve Holdiman, recently retired from Mondelez International. In addition, the WGA Woman of the Year Award was presented to Barbara Weist, VP of communications and events for IGA. Following dinner, gala attendees were entertained by the band America.