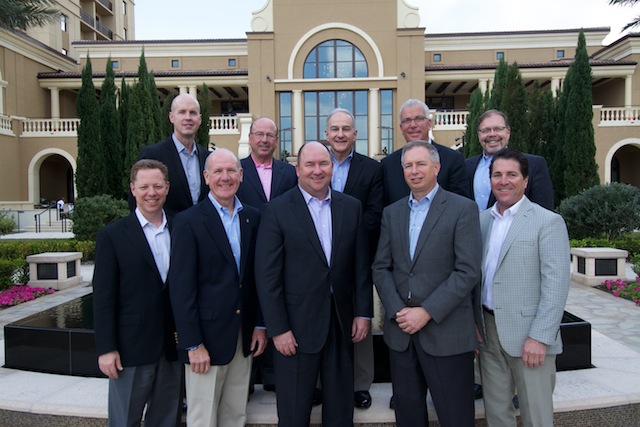 Topco Associates recently held its annual membership conference in Orlando and, during the two-day event, presented several of its members with awards for their commitment to Topco.

By focusing on partnering with Topco to develop its salad dressing and cake mix products, Fred W. Albrecht Grocery Co. had the Greatest Percentage Growth in Center Store Programs among Topco members.

For more than 15 years, Associated Grocers has made a strong commitment to the Fresh Programs at Topco. This year it earned the Greatest Percentage Growth in this category with its commitment to produce, meat, deli, bakery and prepared and cooked foods.

In 2014, Weis Markets had the highest Total Percentage Growth in Value Added programs with its commitment to Topco’s Pharmacy Program.

This achievement is awarded to Giant Eagle for its increase of purchases through Topco by more than $200 million in 2014.

SpartanNash Co. demonstrated the greatest percentage growth across all of Topco’s programs by growing 30 percent in 2014.

Hy-Vee led all members in 2014 in overall purchases for the 10th consecutive year and also increased purchases by 20 percent vs. the previous year.

“We congratulate these members for their commitment and dedication to Topco,” said Jim Goers, Topco’s SVP of member development and national brands. “These organizations have shown great leadership by showcasing store brands in a variety of innovative ways to their shoppers.”

At its annual meeting, Topco also elected is 2015 board of directors.

• Board chair: Randall B. Edeker, chairman, CEO and president of Hy-Vee

Illinois-based Topco Associates is a $14 billion, privately held company that provides aggregation, innovation and knowledge management solutions for leading food industry member-owners and customers. Topco leverages the collective volume, knowledge and commitment of these companies to create a competitive advantage in the marketplace by reducing costs and offering winning business-building capabilities.