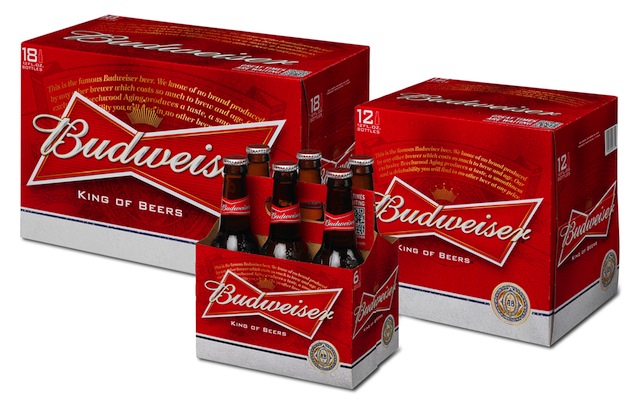 The fourth time is apparently the charm, as SABMiller has agreed “in principle” to merge with Anheuser-Busch InBev.

AB InBev on Monday confirmed another offer to buy SABMiller for about 67.4 billion pounds, or $103.6 billion. The bid is more than a pound more per share (43.50) than its previous offer of GBP 42.15, which SABMiller rejected less than a week ago.

AB InBev says the cash proposal represents a premium of more than 48 percent to SABMiller’s closing share price of 29.34 pounds on Sept. 14 (being the last business day prior to renewed speculation of an approach from AB InBev).

SABMiller said Tuesday in a statement: “Under the terms of the possible offer, SABMiller shareholders would be entitled to receive GBP 44.00 per share in cash, with a partial share alternative available for approximately 41 percent of the SABMiller shares.

“The all-cash offer represents a premium of approximately 50 percent to SABMiller’s closing share price of GBP 29.34” on Sept. 14.

“The board of SABMiller has indicated to AB InBev that it would be prepared unanimously to recommend the all-cash offer of GBP 44.00 per SABMiller share to SABMiller shareholders…”

Go here to view SABMiller’s full statement as well a list of the potential deal’s “pre-conditions.”

A number of industry experts have given their thoughts on the proposed deal.

Prior to SABMiller accepting the latest offer, National Beer Wholesalers Association President and CEO Craig Purser said Monday, as the grouped kicked off its 78th annual convention and trade show in Las Vegas, that “the global market power that results from this new entity could be like nothing this industry has ever seen. The impact worldwide related to raw materials, market share and overall influence is staggering. That is why antitrust regulators and antitrust officials must give this acquisition thorough scrutiny and exhaustive review. We want to ensure that the American marketplace—an orderly marketplace—isn’t negatively impacted by an increase in global power.

“At the same time, this proposed global deal reinforces the value of the open and independent American distribution system,” he added. “What better way to demonstrate the value of having three separate tiers—a system that gets new brands to market, generates robust competition and delivers the best selection and value to retailers and consumers?”

John Colley of the Warwick Business School in England, a professor of practice and a former CEO of a FTSE 100 company, who researches large takeovers, said, “AB InBev has paid a reasonably full price for SABMiller, which certainly passes some of the merger benefits to SABMiller shareholders.

“AB InBev shareholders will be hoping that it can extract the planned benefits and overall for once I would have said it is a decent deal for both shareholders as AB InBev probably will extract the synergies and consolidate a declining market. I say this because the majority of major acquisitions fail to extract planned synergies and more than half destroy value.

“That said AB InBev does have a good record with previous acquisitions. However, expect substantial redundancies and cost savings over the next year.

“Product ranges are also likely to be rationalized allowing greater investment in the retained brands. However, for the customer, one in three beers will be produced by AB InBev as a result of this merger, which suggests less choice and less competition.

“The global beer market overall is largely flat and in some regions is declining as other beverages such as wine continue to penetrate. Micro Brewers and their highly differentiated cask ales also continue to make progress. As a consequence cost, product and distribution rationalization become an attractive way of increasing shareholder returns.

“In major manufacturing operations economies of scale can be enormous, which means breweries will be rationalized to focus on the largest and most modern. Scope economies will be substantial, too, as head offices and country management teams are likely to be rationalized. Combined purchasing power should also realize substantial savings. AB InBev has both a reputation and demonstrable track record for being able to effectively extract these savings.”