An estimated 48 million people (one in six Americans) get sick each year from foodborne diseases, according to recent data from the U.S. Centers for Disease Control and Prevention. Approximately 128,000 are hospitalized, and 3,000 die each year. Over the past few years, high-profile outbreaks related to various foods, from spinach to peanut products, have underscored the need to make continuous improvements in food safety.

The new rules released Friday—referred to as the Produce Safety rule, the Foreign Supplier Verification Programs rule and the Accredited Third-Party Certification rule—are key elements of the comprehensive food safety overhaul envisioned in the 2011 bipartisan FDA Food Safety Modernization Act (FSMA). FSMA directs the FDA and food producers to prevent problems across the entire food system, rather than waiting to act until illness occurs. The new rules formalize industry accountability and best practices for food importers and the produce community.

“The recent multi-state outbreak of Salmonella in imported cucumbers that has killed four Americans, hospitalized 157 and sickened hundreds more, is exactly the kind of outbreak these rules can help prevent,” said Michael R. Taylor, FDA deputy commissioner for foods and veterinary medicine. “The FDA is working with partners across the government and industry to prevent foodborne outbreaks. The rules will help better protect consumers from foodborne illness and strengthen their confidence that modern preventive practices are in place, no matter where in the world the food is produced.”

The Produce Safety rule establishes science-based standards for growing, harvesting, packing and holding produce that are designed to work effectively for food safety across the wide diversity of produce farms. The standards in the final rule include requirements for water quality, employee health and hygiene, wild and domesticated animals, biological soil amendments of animal origin (such as compost and manure), and equipment, tools and buildings. When followed, the standards are designed to help minimize the risk of serious illness or death from consumption of contaminated produce. Public comments and input received during hundreds of farm visits, meetings and listening sessions have shaped the rule into one that will reduce the risk of harmful contamination while also allowing appropriate flexibility for farmers and producers.

The Produce Marketing Association (PMA) released the following statement regarding the final rules.

“These final rules published today reflect many, but not all, of the amendments PMA and other leading food trade organizations have recommended in their comments to FDA in the last few years,” said Jim Gorny, PMA’s VP of food safety and technology. “We’re pleased that FDA considered the practical needs of the produce industry; however, we still have concerns and questions about some of the specific implementation details regarding these rules.

“The publication of these FSMA rules is not an endpoint but rather a beginning, which now requires understanding, planning, implementation and verification by businesses,” added Gorny. “To that end, we’re pleased to learn FDA will also soon be issuing important companion guidance documents for these final rules that will provide more detailed information about coverage and compliance requirements.”

Gorny noted that there will be an opportunity to provide comments on these upcoming draft guidance documents, and PMA will continue to work closely with allied organizations and Congress to assure that FDA FSMA implementation is realistic and well supported.

PMA says its staff is in the process of assessing these newly released final rules in detail and will be in dialog with industry members to fully understand the implications of these rules on produce businesses.

The Foreign Supplier Verification Programs rule requires food importers to verify that foreign suppliers are producing food in a manner that meets U.S. safety standards and that they are achieving the same level of food safety as domestic farms and food facilities. In 2013, USDA estimated that imported food accounted for about 19 percent of the U.S. food supply, including about 52 percent of the fresh fruits and 22 percent of the fresh vegetables consumed by Americans. The final rule ensures that importers conduct verification activities (such as audits of a supplier’s facility, sampling and testing of food or a review of the supplier’s relevant food safety records) based on risks linked to the imported food and the performance of the foreign supplier.

The FDA also has finalized a rule on Accredited Third-Party Certification, which is part of FSMA’s new food import safety system. This rule establishes a program for the accreditation of third-party certification bodies (auditors) to conduct food safety audits and to certify that foreign food facilities and food produced by such facilities meet applicable FDA food safety requirements. To prevent potentially harmful food from reaching U.S. consumers, the FDA can require in specific circumstances that a food offered for import be accompanied by a certification from an accredited third-party certification body.

“The ultimate success of FSMA depends on full funding of the President’s FY 2016 budget request,” Taylor said. “This will help us train FDA and state food safety staff on the new system, fund our state partners to work with farmers on produce safety, provide technical assistance to small farms and food businesses and successfully implement the new import system that U.S. consumers deserve and Congress envisioned.”

The FDA has finalized five of the seven major rules that implement the core of FSMA. Friday’s historic rules build on the preventive controls rules the FDA finalized in September 2015, which mandate modern preventive practices in food processing and storage facilities. These rules work together to systematically strengthen the food safety system and better protect public health.

Industry members will have an opportunity to interact with FDA and ask questions about the rules and their implementation requirements via two free webinars. Each of the 90-minute webinars are hosted by PMA and United Fresh Produce Association, in partnership with regional produce associations. Registration is now available online. 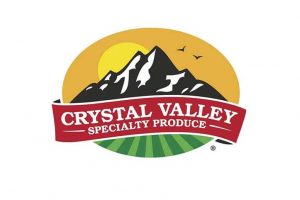