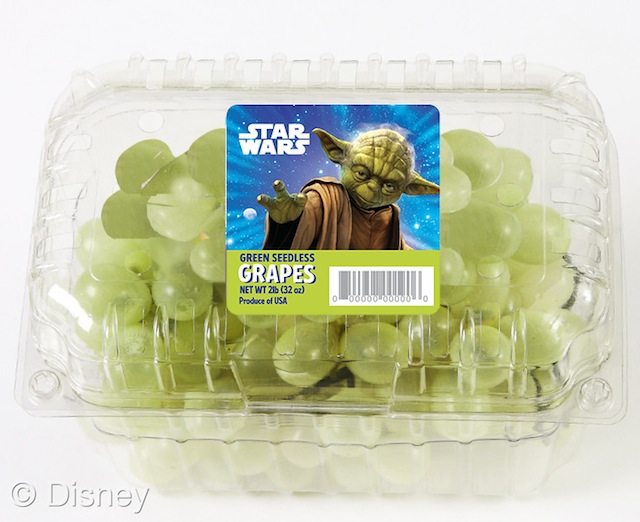 Since 2006, the goodies in Walt Disney Co. parks haven’t been as fatty, sweet or salty as they once were. That’s when the company updated its nutritional standards. The better-for-you change became no less than a guiding force for the organization, said John King, VP of licensing, consumables and Disney consumer products. He was among a group from the licensing side of the organization that attended the Produce Marketing Association Fresh Summit in Atlanta in October.

The guidelines led to the transformation of all of the company’s offerings, which previously had been “probably heavier on the sweets and treats side,” King told The Shelby Report. “But within two years, we basically converted our entire portfolio to meet our nutritional guidelines.”

Products now have limited sodium, sugar, fat and calories, and fall under the umbrella of “The Walt Disney Co.’s Healthy Living Commitment.”

“It really drove the products on the licensing side—the broad categories where we would actually apply our characters,” King said.

As The Walt Disney Co. has acquired new brands and properties like Lucasfilm (2012), The Muppets Studio (2004) and Marvel Comics (2009), they are brought in under the umbrella of the healthy living commitment.

Lucasfilm is the production company for the much-anticipated “Star Wars: The Force Awakens.” The first trailer for the movie, which will be in theaters Dec. 18, was released on Oct. 19.

“We broke the internet a few times, between the trailers and the ticket sales,” King joked.

Star Wars is now being brought into the Disney fold from a produce perspective. The company has partnered with Sage for bagged apples, Dayka Hackett for bagged citrus, and Crunch Pak is launching an entirely new line of Disney-branded fruit blends. 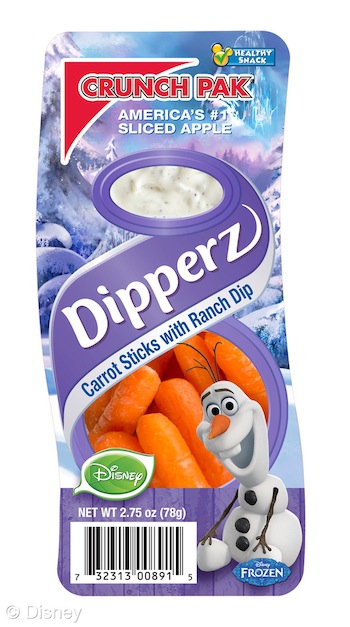 “Basically it’s fruit puree pouches, and they’re going to feature Star Wars, Avengers and then our Frozen characters, so that’s a new product, as well as the new entry for Star Wars,” King said.

He said “consumers” were very receptive to “Yoda” grapes at Walmart, as “the sell-through was much greater than originally anticipated, which is a positive.”

King used the word consumers, not children, and did so for a reason that may lift an eyebrow.

“We don’t actively market to children. We market to families with kids,” King said. “But obviously there’s an affinity that kids have with our characters. The emotional connection, the storytelling that we can bring, our characters can help motivate kids to make the right decisions. Hopefully these are decisions that they make now that become lifelong habits, and that’s the key. As a company, that’s the big difference in the Walt Disney approach—we use our characters for the right reasons, and that’s why we’re in these inherently healthy categories like fruits and vegetables or calcium-rich dairy, 100 percent juice or water.”

None of this is to say that treats are horrible, King said. It’s about balance.

“Treats do have a role when it comes to celebratory occasions, like birthdays and holidays, so we’re still in that space, but we limit that portion of the portfolio to less than 15 percent,” he said.

King credits CEO Bob Iger for seeing the potential for Disney to make a difference in the lives of guests at its parks and consumers at large who enjoy its products and media properties.

“That’s when we established the nutritional guidelines, and it started more on the licensing side in the beginning, where we transformed our product portfolio. But as each year has progressed, we’ve brought in different parts of the company, the different business units, and they’ve adopted their own versions of those,” King said.

In the parks, visitors typically could choose from a hamburger or chicken nuggets with a soft drink and a side of fries.

“Now, the default menu comes with either milk or water and a fruit or vegetable option. The numbers vary, but more than half of the people stick to the healthier options,” King said. “Even in a celebratory park experience, people still see the opportunity for balance. They want their kids to eat properly. So that’s how our parks implement this.

“Our media networks now also follow these guidelines, and all of our promotional sponsors on our Disney-branded networks meet our nutritional criteria as well. It’s a companywide approach,” he said.

Each year as Disney announces its latest acquisition or project, it also shares its cumulative servings of fruits and vegetables since 2006. This year, the number is 4.3 billion.

“We’re pleased to see the number continues to increase,” King said. “We actually report this in our annual reports. When you talk about walking the walk, this isn’t something that we just kind of do on the side. It’s part of the DNA of what we do as a company. We’re audited by third parties to ensure the numbers we report are exactly what we’re doing, so it’s a critical component of how we do business.”

In recent years, Disney has been actively engaged in the produce community and has had a presence at Fresh Summit. This year marked the second time it supported the PMA Fresh Summit Sensory Experience Contest, during which a set of 10 produce-centric recipes selected from more than 50 exhibitor submissions were prepared during a live cook-off with two top finishers: a buyer’s choice and kids’ choice winner.

Disney also has representatives on the board of trustees for the Produce for Better Health Foundation.

“We find ways to stay engaged and involved to stay up to date on what’s happening in the industry, but also to get our message out there so that the growers, packers, shippers and retailers are aware of what we’re doing, and trying to leverage their interest and their abilities to help get the message out there,” King said. “We always have opportunity for improvement, and there’s a ton of opportunities out there.” 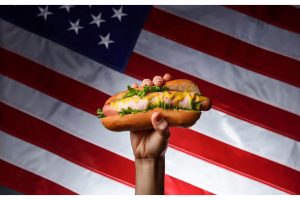