New Mexico State University College of Business marketing professors Collin Payne and Mihai Niculescu have been looking for ways to encourage shoppers to spend more of their food dollars on fresh produce.

They are co-directors of NMSU’s Consumer Behavior Laboratory, which is equipped with eye-tracking software, a virtual grocery store and the ability to do online surveys, among other tools.

Payne said they created the lab to facilitate more behavioral research and to pilot-test ideas for grocery stores. Their work has drawn attention from the likes of The New York Times and Fox News.

They have tried out relatively simple methods that do, in fact, increase fresh produce sales. That is a good thing for consumers, but also for grocers, Payne tells The Shelby Report.

“There are a couple of different ways to think about this. One way is the current environment in which shoppers go through their trip to actually purchase groceries. When the consumer actually gets into the grocery store, they’re at a complete disadvantage already, as manufacturers do their own research,” Payne said. “They’re studying how to package, place, promote things in the grocery store all the time. They know customers better than they know themselves. It’s in that environment that shoppers are placed, and they end up purchasing things maybe that they don’t want to in the first place.”

He is quick to point out that the work doesn’t have to do with demoting any products in the store, but just promoting healthier choices.

“What we try to do is we try to give consumers tools or easy-to-use rules of thumb that they can use to leave the grocery store with foods that are healthier for them and that they actually want to purchase,” Payne said. “So we’re trying to level the playing field a little bit. We’re not trying to discourage them from purchasing anything else.”

He said what they know about consumers is that they come into the store with a fixed budget, but half of it is available to be influenced in the store.

“We thought we could provide them with tools that are more beneficial to them than not, and then end up helping the grocery store, because obviously produce is higher margin than most packaged goods. We believe that it’s a win-win solution. It’s a win for the grocer because we’re helping existing shoppers switch to higher margin food. It’s a win for the consumer because it’s healthier for them. Grocery stores profit. Consumers profit.”

Payne, along with Drs. Brian Wansink and David R. Just of Cornell University, are the people behind the “Elmo study,” which found that children were more likely to choose an apple if it had an Elmo sticker on it. It did not, however, have the same effect with a cookie, and the use of unknown character icons failed to inspire their choices as well.

In March 2014, Sesame Workshop and the Produce Marketing Association (PMA) joined the Partnership for a Healthier America with eat brighter!, an agreement that allows growers, suppliers and retailers to use the Sesame Street brand without a licensing fee, as part of First Lady Michelle Obama’s Let’s Move! initiative. That is when Elmo and other Sesame Street characters began appearing on fresh fruit and vegetables.

It is another simple idea that works. According to PMA, 78 percent of participating suppliers reported an increase in sales of products branded with eat brighter! during the third quarter of 2015. In addition, eat brighter! sales in the quarter were 3 percent higher vs. a year ago.

Payne and Niculescu conducted their real-world studies at stores owned by Littlefield, Texas-based Pay and Save, a subsidiary of Lowe’s Food Stores Inc. (d.b.a. Lowe’s).

“We’ve been working with them since 2012,” Payne said. “They’ve been really great. I think the problem is that there is no real incentive for grocery stores to do this kind of research, even though it could be profitable for them.”

“We just got, actually, a ‘revise and resubmit’ from the Journal of Nutrition Education and Behavior regarding the arrow idea,” Payne said. “So, we’ll be crossing our fingers it gets published in the new year.”

They now are working with another entry point for consumers: the sales circular.

“We’re creating circulars based upon behavioral economic principles that better spotlight produce that could result in better purchases,” Payne said. “We’re also working with a data tool to understand better not only what people are purchasing, but what’s in what they’re purchasing.”

“Our vision is to help both retailers and consumers in terms of profitability and health without hurting consumer budgets,” Payne said. “We will offer products and services related to providing easy-to-use in-store tools to help consumers purchase healthier without increasing their budgets, but also helping retailers become more profitable and doing it in a corporately responsible way.”

New Mexico home to most food-insecure children in U.S.

Research such as that taking place at NMSU is vital, especially for a state such as New Mexico. It has the distinction of being the most food-insecure state in the U.S. for children.

New Mexico was second worst in the nation for the number of individuals (20 percent) and children (30 percent) living below the poverty line in 2012. Its problems date back at least to 1970, the news source said, citing information from the U.S. Census that year.

*Editor’s note: This is part of a New Mexico Market Profile, which appears in the January 2016 print edition of The Shelby Report of the Southwest. 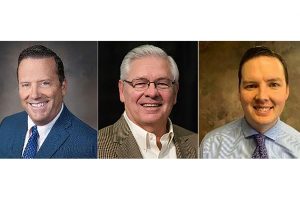 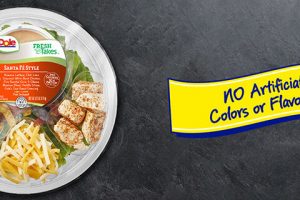