Wienerschnitzel, “Home of America’s Favorite Chili Dog,” exhibited at the NACS Show for the first time in 2015 to promote its new Express model. The concept is being tested at a Colorado convenience store and is performing significantly above expectations. The franchisee operating the test location, Tobey Williams, operations director of Rocky Mountain C-Stores, spoke with The Shelby Report about his success.

Williams, who worked with Wendy’s for 12 years, was tired of franchise royalties increasing the price of food, so he set out to find a franchise he could operate in his c-store at what he believes is a more reasonable cost. He contacted Wienerschnitzel and explained his needs, and the company worked with him to develop a solution.

“I first built two stores that were extensions of our retail gas stations—and they were full-blown Wienerschnitzels,” Williams told The Shelby Report. “Then I said ‘Hey, I’ve got a store I can’t add on to, but I have some area inside. I’d like to do an express, a limited menu.’”

So Williams and Wienerschnitzel together developed the Express format restaurant, which serves the franchise’s most popular menu items like chili dogs, corn dogs, chili cheese fries and Tastee Freez soft-serve desserts, in as little as 300 s.f. The small-footprint design was engineered to lower initial investment and operational costs while boosting profitability potential and expansion opportunities.

According to Williams, the total cost to launch his Express location was about $70,000, including royalties; the company estimates that the initial cost of opening other locations could run anywhere from $65,000 to $100,000.

“I was able to manage it and cross-train people from both sides to run it and operate it. Hot dogs and convenience stores go together. They make a good match,” he said.

Williams’ Wienerschnitzel Express has increased his inside store sales by 3 to 4 percent, and with a daily break-even point of $250, he expects the walkup counter to pay for itself within the year.

“That’s an amazing thing,” he said. “And I challenge all retailers out there if they find something like that, let me know. But it’s not out there…I looked very hard.”

With 19 consecutive quarters of same-store sales growth, the Wienerschnitzel franchise is feeling just as confident in its value as Williams is.

“We’re poised for exponential growth in the convenience store segment with the introduction of our Express model,” said Ted Milburn, director of U.S. franchise development for Wienerschnitzel. “Our unique menu items, often smothered in our famous secret-recipe chili, perform exceptionally well in the convenience store environment, and our test results have proven that the Wienerschnitzel concept has the power to drive more sales as a c-store destination.”

There are six Wienerschnitzel restaurants operating in convenience stores, the first of which opened in 1999; Rocky Mountain C-Stores has two additional Express units in development. 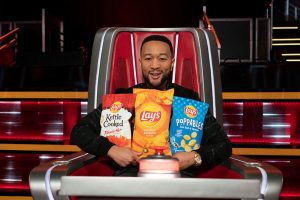