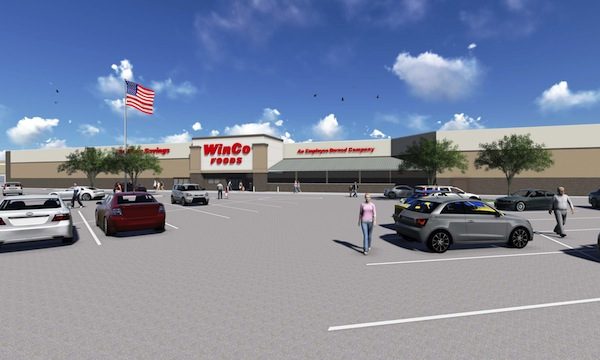 The new WinCo will be developed at the site of a former anchor store at the center. In January 2015, long-time Trinity Valley retailer Target closed its store at the center. Following the closure, the ownership of the center, Josey Trinity Mills, acquired the vacant Target building in October. The site will be demolished starting around April, and the newly developed WinCo is scheduled to open in early 2017.

The project’s leasing team, Matt Luedtke and Steve Gray of The Weitzman Group, along with Cencor Director of Asset Management Randy Stebbins and Asset Manager Joe Lea, worked on behalf of the center’s ownership to negotiate the acquisition of the vacant Target and to then bring in WinCo for the new anchor store. The grocer was represented by DWC Commercial and Venture Commercial.

“The strength of this site, located at the intersection of two key thoroughfares in a densely populated trade area, is a key reason we have a strong new anchor in place mere months of Target’s announcement,” Stebbins said.

WinCo Foods, founded in Idaho in 1967, is an employee-owned discount grocery company known as “The Supermarket Low Price Leader.” The grocer, which is expanding in Dallas/Fort Worth, currently operates 105 locations in Texas, Washington, Idaho, Nevada, California, Oregon, Utah and Arizona.

“We are very pleased to have the opportunity to develop a new store in Carrollton. We look forward to bringing great values and great service to our Carrollton customers,” said Michael Read, WinCo’s VP of legal and public affairs.

The center’s ownership and WinCo worked closely with the city of Carrollton to ensure that this critical retail intersection remain vibrant with strong co-tenancy.

“We are excited to welcome WinCo to Carrollton. This is a key anchor location for our citizens, and the site upgrades and new shopping will be a welcome addition,” said Mayor Matthew Marchant.

Trinity Valley Shopping Center, which opened in the 1970s, remains one of the leading retail destinations in the trade area. The center incorporates nearly 300,000 s.f. of retail space and features a lineup of strong concepts, including Ulta, Ross Dress for Less, rue21, Petco, Chili’s, Lane Bryant, Dress Barn and others.

Stebbins will direct the development of the new anchor store on behalf of the center’s ownership. Cencor VP of Construction Kathy Detrick is managing the construction of the redevelopment. 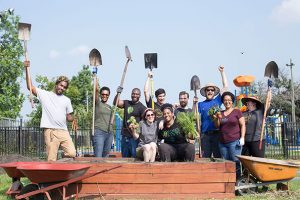