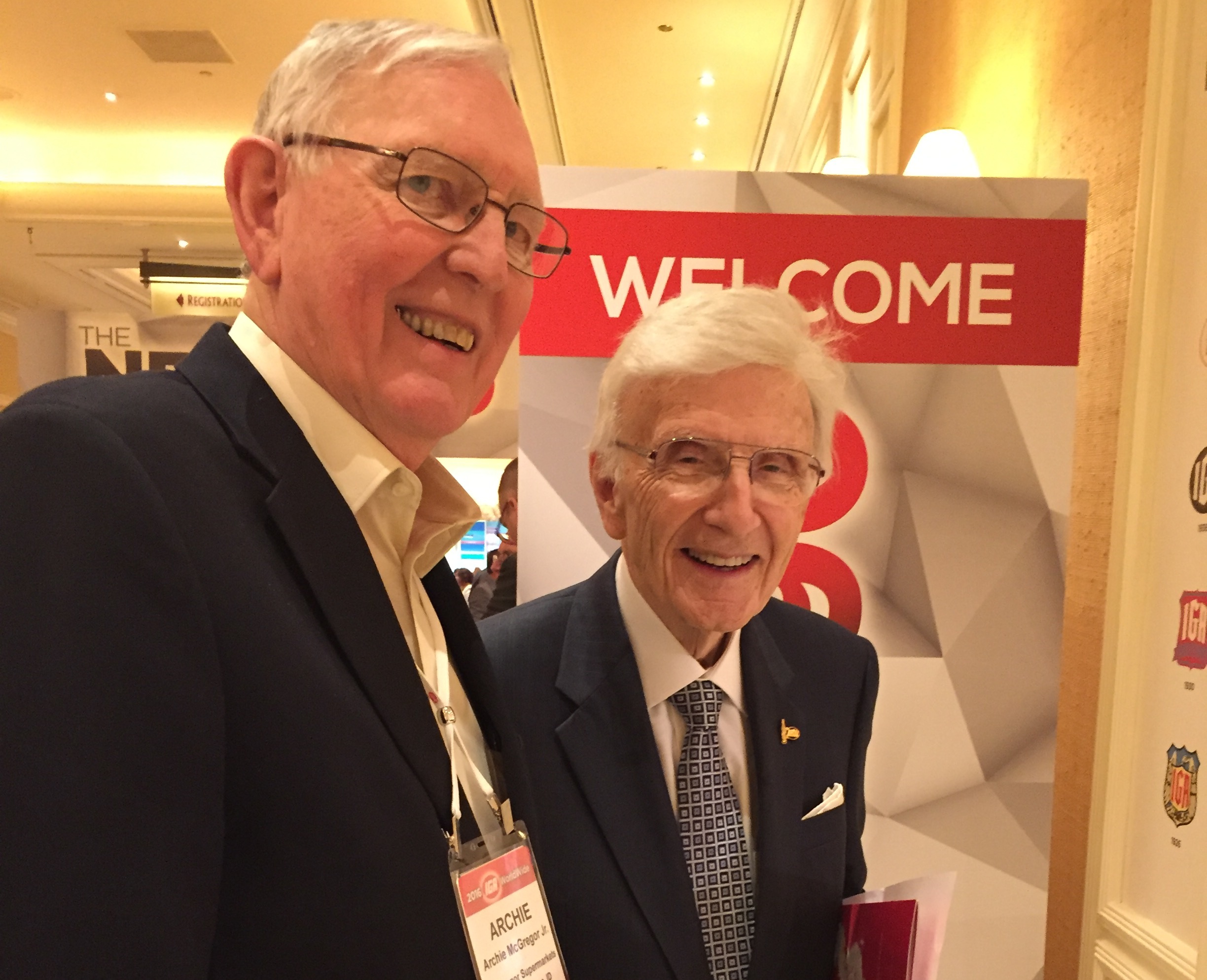 IGA on Monday said that its chairman, Dr. Thomas S. Haggai, will become chairman emeritus, effective April 1. IGA President and CEO Mark Batenic will become IGA’s new chairman. The announcement was made during the business session at IGA WorldWide, the 90th anniversary celebration, which wrapped up Tuesday in Las Vegas.

“IGA is incredibly grateful for Tom Haggai’s leadership and innovation,” Batenic said. “Tom has been an ambassador to IGA for nearly 60 years now, and he will always be the inspirational face of IGA. Our retailers, manufacturers and IGA staff from around the world can’t thank him enough for his contributions to this community-focused family business.”

Haggai made history in 1972 as the first person from outside of the industry ever to hold a position on the IGA board. Haggai, a Baptist minister, radio commentator and public speaker from High Point, North Carolina, had been a friend of IGA during the 1960s, frequently speaking at its national conventions and regional meetings. After serving on IGA’s board for four years, Haggai was named non-executive chairman in 1976.

Haggai became IGA’s president and CEO in 1986, when he led an effort to organize the company more effectively and build a system-wide image of higher quality and service. He tightened restrictions on stores belonging to IGA, weeding out many low-volume stores that did not meet IGA’s new branding standards.

In 1988, C. ltoh (now ltochu) of Tokyo, Japan, joined IGA, followed by Davids Holdings Pty. Ltd. of Australia. Under Haggai’s leadership during the ’90s, IGA’s international growth soared with Papua New Guinea, Korea, China, the Caribbean, Brazil, the Czech Republic, Indonesia, Malaysia and South Africa among the countries joining the alliance. Today, IGA continues to grow globally and is in more than 30 countries around the globe.

Another of Haggai’s most noteworthy accomplishments includes the development in 1986 of the Red Oval Family Partner program, an alliance of the industry’s premier food manufacturers and service providers and associations that partner with IGA to provide extensive resources that are unavailable to other independents. He personally extended offers to leading food manufacturers and service companies to join the program, with 30 charter Red Oval partner companies. These partners, then and now, provide invaluable insights that guide the development of programs and events, and also sponsor many IGA programs and events.

In the mid-‘90s Haggai initiated the creation of the ever-popular IGA “Hometown Proud” theme that still today defines IGA’s roots and its retailers’ commitment to community involvement and personalized, localized customer service. Previously IGA had just two national marketing/advertising themes: “The Owner is the Store” in 1967 and “Across the USA It’s IGA” in 1983.

Publix Reports Across-The-Board Positive Results For 4Q, Fiscal Year
To Give Consumers What They Want, Retailers Must Understand Human Behavior