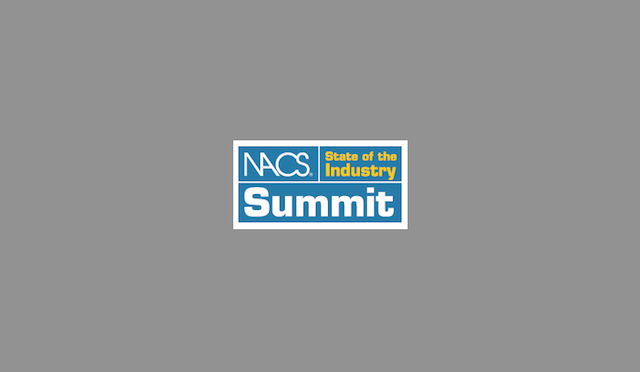 U.S. convenience stores experienced record in-store sales in 2015, led by strong growth in foodservice products. These industry’s overall metrics for 2015 were released at the NACS State of the Industry Summit, taking place April 11-13 in Chicago.

Convenience stores sell 80 percent of the fuel purchased in the country and a continued period of low gasoline prices caused the overall sales in the convenience and fuel retailing industry to decrease significantly, dropping 17.4 percent. However, low gas prices and a recovering economy benefited retailers by driving more consumers inside the store. This resulted in total sales inside of the store reaching a record $225.8 billion in 2015:

Foodservice, a broad category that includes prepared and commissary foods, hot dispensed beverages (coffee) and cold and frozen dispensed drinks, continues to be a key focus for growth in the convenience store channel, contributing 20.8 precent of in-store sales in 2015 and accounting for 33.7 percent of gross profit dollars.

Convenience store pretax profits increased in 2015 to $10.6 billion, despite a slight decrease in the average gas margin, which was 21.6 cents per gallon before expenses.

The top 10 in-store categories ranked by sales dollars represent about 80 percent of all in-store sales. In 2015, nine out of 10 top in-store categories had positive sales and all 10 had positive gross profit dollar growth. Factors such as low fuel prices and more discretionary income in consumers’ wallets drove shoppers inside convenience stores with more money in their pockets to spend.

Snacking categories, including alternative snacks, salty snacks, candy and packaged sweet snacks, all had strong growth as some consumers, especially Millennials, moved toward snacking and away from traditional meals. This is highlighted by the fact that for the first time, alternative snacks, a category driven by protein- and energy-rich items, has landed in the top 10.

Here’s how in-store sales were broken down in 2015:

Despite record in-store sales, direct store operating expenses (DSOE) outpaced inside gross profit dollars in 2015. If DSOE remains high throughout 2016 and beyond, this trend will create challenges for convenience retailers as they look to grow their businesses.

Beyond sales, convenience stores remain an important part of the economy. The convenience and fuel retailing industry employed 2.5 million people in 2015 (a 2.9 percent increase from 2014). If total industry sales were compared to the GDP of other nations, the $574.8 billion industry in the U.S. would rank at number 21, just above Switzerland.