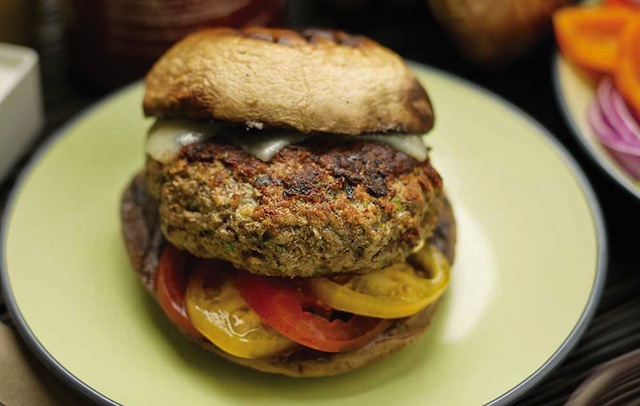 The Beef Checkoff and the Mushroom Council have teamed up for a second Veal Mushroom Summer Grilling Promotion. A new Veal and Portobello Mushroom Blend Burger recipe has been introduced through labels placed on specially marked packages of veal. The promotion is supported with a consumer sweepstakes featuring a $500 grand prize and two $50 Williams-Sonoma gift cards.

Support from a digital and social media campaign will drive consumer awareness and contest entry at VealMadeEasy.com. The promotion began June 3 and will continue through Sept. 7. Twenty retail chains will participate in the promotion.

The Veal and Portobello Mushroom Blend Burger substitutes Portobello mushroom caps for traditional hamburger buns. The recipe, developed by the Culinary Institute of America (CIA), incorporates the Mushroom Council’s “Blend” technique by mixing finely diced mushrooms into the ground veal patties. The cooked veal patties are then topped with Swiss cheese and placed between the Portobello mushroom buns. The mushroom buns and blended mushrooms add extra servings of vegetables, vitamins and nutrients.

“Our partnership with the Beef Checkoff on the veal summer grilling promotion is a great way to promote veal and The Blend,” said Bart Minor, president of the Mushroom Council. “It’s an exciting opportunity for meat and produce departments to cross-promote in two perimeter departments. The promotion was so successful last year that Beef Checkoff, the Mushroom Council and retailers were eager for another promotion this year. Last year’s promotion generated over 162,000 consumer entries. We are anticipating even more entries this year.”