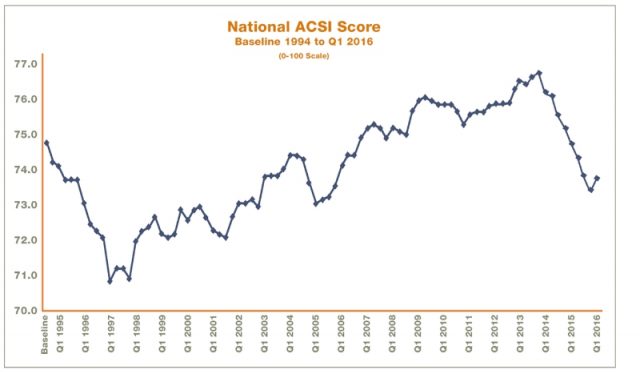 Following two years of steep falloffs, the American Customer Satisfaction Index reversed course, at least for the time being, gaining 0.4 percent to a score of 73.7, on a 0-100 scale. While any improvement is welcome after such a prolonged period of decline, this small uptick does little to reverse the erosion of the past two years. Aggregate customer satisfaction remains depressed at a lower level than at any point in over a decade.

It is not clear what is behind the falloff, but it coincides with meager economic growth, depressed wages and, with the exception of a blip every now and then, weak household spending growth. It could be due to decreasing levels of competition in the U.S. marketplace. The years 2014 and 2015 were marked by frenetic merger and acquisition activity, with 2015 a record-breaking year. To the extent that monopoly power has increased and reduced consumer purchase alternatives, chances are that customers are not only paying higher prices, but have less choice as well. It is difficult to make a case that prices have gone up much across the board, but they have risen more than wages have. As a result, consumer satisfaction tends to suffer.

Even at the margin, shrinking choice alternatives coupled with a wage growth so small that it doesn’t keep up with rising prices, no matter how small in an absolute sense, also weaken consumer demand. It matters little that employment is high, if wages are low. In fact, spending growth has slowed to a paltry 1.9 percent for the first quarter of 2016. The ACSI forecast pointed to 2 percent growth. For the second quarter, the uptick in customer satisfaction forecasts growth between 2.4 percent and 2.9 percent —still below what is needed for a strong economy.

“There is no mystery about what’s required for the economy to do better: more discretionary income for U.S. households and a lift in the expected utility that consumption will bring,” said Claes Fornell, ACSI chairman and founder. “Neither is likely with less competition, which puts a damper on both wages and buyer satisfaction.” 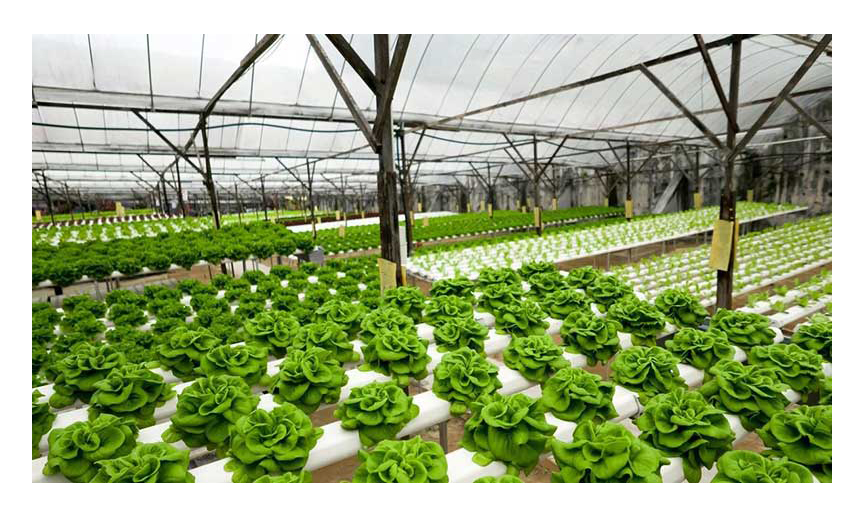 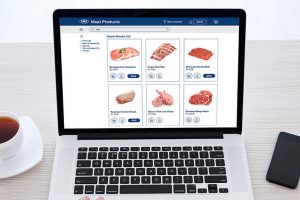 Sargento Founder To Be Inducted Into 2016 Refrigerated Food Hall Of Fame
Miller, Jennings Named TGCSA’s Retailer, Supplier Of The Year