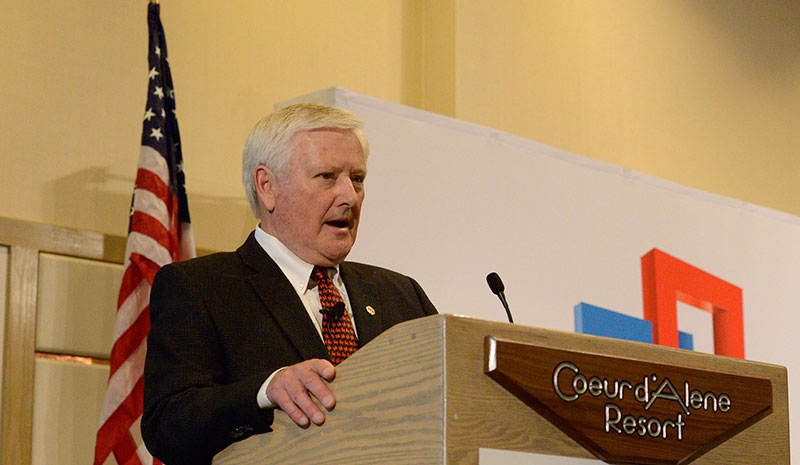 Trading Company Stores President Paul Matejovsky had no intention of being in the grocery business. He grew up in Montana, spending “half my time on a saddle horse and the other half on a tractor. I was going to be a cowboy, baby.”

He told those gathered for the ROFDA Spring Conference in Coeur d’Alene, Idaho, that his career in grocery started with a job he never applied for at Buttrey Foods in Wolf Point, Montana. He’d come back from Mexico as an exchange student and had just two early-morning classes to complete before he graduated from high school.

“My mother shopped there, and being a family of six kids, they knew her,” he said. “The store manager at Buttrey’s called my mom and asked her if I would consider working as a courtesy clerk during the daytime because they couldn’t get any kids. That’s how I got into the grocery business.”

Chasing a girl took him away from all that, and he became a courtesy clerk at Keil’s Food Stores in Vancouver, Washington.

“I was never smart enough to get out,” he joked. “That’s why I’m in the grocery business.”

Just as he assumed a new role as store director of the Keil’s store in Vancouver, Safeway acquired the chain.

It was late 1970s then, and Matejovsky went to work for Albertsons and stayed with that company for 13 years. He oversaw the largest store Albertsons operated in the Oregon division and soon was in the division office as an assistant grocery merchandiser.

He left Albertsons in 1990 and went to work for Supervalu as a retail counselor in Spokane, Washington. One of the retailers was in Bonners Ferry, Idaho. The grocer operated a 12,000-s.f. store in a small, tin building that pulled in about $40,000 a week. Matejovsky tried to convince the store owner, who also operated an ice company as well as variety and auto parts stores, to use four and a half acres he owned to build a new location and focus on the grocery business.

“He never would do it, so finally I started telling him, ‘if you’re not going to do it, sell it to me and I’ll do it.’ So that’s how I got in the grocery (ownership) business,” Matejovsky said.

“What makes us relevant or different? Don’t we all wonder that?” Matejovsky said. “None of us can sell a can of Folgers that’s any better than anybody else’s can of Folgers. Or pork and beans or tuna fish or whatever it might be.”

“But I think who has the best meat is pretty subjective,” he said. “You ask different customers, and no one is going to agree. I think what you have to do is have better than average, and we do.”

Produce, also, is subjective, and many retailers sell the same products.

It is the same with offering the best service, he said. There are other independent grocers in the Spokane area that still offer courtesy clerks, still bag groceries, still carry out groceries. Trading Company Stores is one of them.

“Are we the best? Probably not. But we’re better than average,” he said.

Are Trading Company Stores the cleanest? Probably not, Matejovsky said. But, yes, they are better than average.

“So what makes us different? We decided we wanted to try to be the most fun place to shop. And with that, we brought it inside the store in a very, very simple décor package that incorporates quotes on the walls that the customer can read and, in some cases, they’re kind of fun,” Matejovsky said. “For example, ‘When the waitress asked me if I wanted my pizza cut into four or eight slices, I said four; I don’t think I can eat eight.’”

Or this one from Dave Barry: “Without question, the greatest invention in history is beer. Oh, I grant you the wheel was a fine invention, but it doesn’t go nearly as well with pizza.”

His personal favorite funny quote in the seafood department: “He was a bold man that first ate an oyster.”

And in produce, one says, “If you have a complete set of salad bowls and they all say ‘Cool Whip’ on the outside, you might be a redneck.”

“We’ve also tried to ally ourselves with the community a little bit in reusable bags,” Matejovsky said. “It’s a Spokane bag (see photo), and you see the Imax Theatre, Gonzaga University, the Twin Towers, the Monroe Street Bridge and Trading Company Stores. We changed the design after the first ones put URM on the small truck and Peirone Produce on the big truck. Everybody says why did Peirone get the big truck; well, produce is falling out the back; it kind of made sense. We’re developing our newest bag, it’s on the way.”

Trading Company also uses social media to have fun with the community.

“We captured Bigfoot shopping at one of our stores; our ad agency had a little fun with my partner (Gary Morgan) and I on Mt. Rushmore a few years back,” Matejovsky said. “Sometimes it works and sometimes it doesn’t.”

The grocery company also has fun with its newsprint ads. The entire front page has been cheese—a “cheesy” ad, he admits—and another, “Fish On,” featured the company logo on a fisherman’s cap. It was so popular it has been repeated. Another one, “Hot Chicks,” is among Matejovsky’s favorites. It advertises rotisserie chickens for sale cheap.

A series of humorous commercials came about following market research that found that almost half (49 percent) of the stores’ shoppers are men.

“At the suggestion of our ad agency, we decided we were going to try to target and differentiate ourselves by targeting this supposedly underserved market. With that came the ‘Man Shopping Challenge,’” Matejovsky said.

There is one centered on “game night” with the solution of getting chicken and beer for the guys in a hurry, for example.

In fact, there are many, many challenges for male grocery shoppers, if the numbers are to be believed. There’s Man Shopping Challenge No. 67: Eating Healthy with the Four Food Groups for Men. Here’s the script: “Group one: barbecue. Hot wings, ribs on the bone and dogs on a stick. Group two: cheese. On a platter with meat or fresh from the can. Group three: salads. Macaroni, potato, Jell-O or on a sub. And the fourth food group? Beer. The walk to the cooler will be good exercise. You’re welcome. Trading Company Stores: Healthy food for real men.”

The commercials were so popular that Matejovsky said they helped the company identify and differentiate itself in the Spokane marketplace. The spots also won Best TV Campaign and Best of Show in the National Grocers Association’s 2011 Creative Choice Awards Contest.

“This program was successful enough that we decided to run it again and freshen it up and do some new ones. And at the time, everyone was coming out with their club card,” Matejovsky said.

The chain, with four stores, is not big enough to do a club card, and that led to Man Shopping Challenge No. 24: The Club Card. “Club card? We don’t need no stinkin’ club card. Trading Company has never had a card and never will. Real men join clubs to work out, play cards or shoot things. Trading Company, great prices every day. And no club cards.”

Not everyone has a rich uncle

“The grocery business has gotten a little bit like politics—you’ve got to be rich or you’re not in the game,” he said. “I don’t think you can touch a store, a little one even, (for less than) maybe a million bucks? How many young guys are walking around with 25 or 30 or 50 percent down on a million-dollar store? How are they ever going to get in?”

He said it is incumbent upon the members of ROFDA and even suppliers to help come up with ways to help young talent get into the business.

“Our boardrooms are starting to look like geriatric wards, and I’m part of it! We need to get some young guys into this business,” Matejovsky said. “I would encourage you guys to find a way to help…you have to be cautious, you have to make good decisions, we have to do all those things, but I think it’s incumbent on us to find a way to help young people get into the business. I got into it, fortunately, because I had an uncle who had some money and was dumb enough to loan me some. But everybody doesn’t have a rich uncle, and everybody doesn’t have that opportunity.”

He said that organizations like ROFDA and URM must not lose sight of their No. 1 reason for existing—to provide member owners and customers with cost-effective merchandise, quality services and to enable them to maximize market share and enhance wealth.

“You’ve done a great job with that in the past; do an even better job in the future,” Matejovsky said. 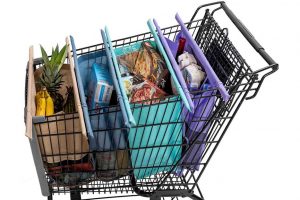