NACS, along with the Merchants Payments Coalition and other retail trade associations, is actively opposing any efforts that would revoke debit reform, which limited price-fixed debit swipe fees and brought competition into the debit payments market.

In its letter, NACS states, “This sensible reform, which merely limited price-fixing and increased competition, has been a clear success. Repealing it would only take the country backwards. It would leave Visa and MasterCard free to price-fix fees that banks charge without limitation. It would dramatically curtail competition among debit networks. And, repeal would increase costs for everyday consumers and merchants, thereby depressing sales and hurting the economy.”

More than 120 retail companies also sent a letter to the Financial Service Committee urging Congress to protect competition under the Durbin Amendment. The signatories represented a broad range of the retail community—from large chains to small businesses, convenience stores, retail clothing stores and others.

The letter stated: “As cornerstones in the business community, we are staunch supporters of free enterprise, and generally do not support any market intervention unless markets are not functioning efficiently. Credit and debit card acceptance is a prime example of a non-functioning marketplace. Debit card reforms have been a major step in the right direction, and any removal of those reforms would be a monumental step in the wrong direction for U.S. businesses and consumers.”

On Tuesday, July 12, the House Financial Services Committee held a hearing on the Financial Choice Act. One of the people who testified, Adam Levitin, a professor of Law at Georgetown University, commented on the economic ramifications of repealing the Durbin Amendment in his written testimony.

“The repeal of the Durbin Interchange Amendment would result in merchants paying an extra $8 billion a year in debit card swipe fees to the 110 largest banks. Much of that extra $8 billion in additional fees will get passed through to consumers in the form of higher prices and worse service. Put another way, section 335 of the Choice Act is an $8 billion annual tax on consumers and merchants that is then handed over to subsidize the 110 largest banks in the United States,” Levitin said. 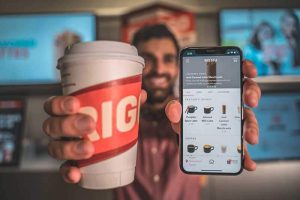