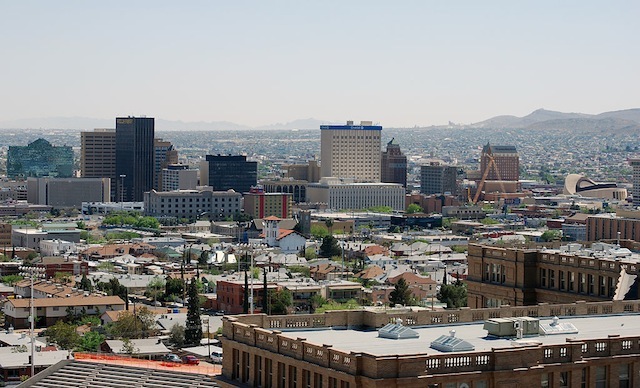 Each spring, the International Council of Shopping Centers holds a retail conference in El Paso called the West Texas Idea Exchange. It brings together developers, retailers and other business leaders to network and learn about retail industry issues.

Dr. Norma Mendoza, president of MerKadoTeknia Research & Consulting in El Paso, is a regular attendee at the Idea Exchange.

“There was a lot of talk about new options for attracting a new kind of demographic, the younger professionals, wanting them not just to visit El Paso, but actually relocate here,” Mendoza told The Shelby Report. “There is a lot of development in the downtown area with high-end apartment living, high-end stores. That was what stood out to me the most. There is a lot of emphasis on creating better living spaces to attract that type of resident who will patronize a lot of the stores that are opening in our area.”

Among those new stores is a Whole Foods Market that will open by the end of this year.

“I live very close to it,” Mendoza said. “Everybody is looking forward to it opening.”

Sprouts Farmers Market opened its second location, this one on the East Side of the city, in February.

It seems El Pasoans are hungry for new and fresh food experiences. Take Spec’s Wines, Spirits & Finer Foods, for example. It opened its first El Paso store in 2011 and soon after purchased five Cowtown Liquor stores. It converted three of those stores to the Spec’s banner and then also opened another store in a 7,500-s.f. space that used to house a Hollywood Video.

“One of the things that is appealing about Spec’s is they have wine from all over the world, but they also have a little kitchen area, a mini-restaurant type area, where they offer cheeses, olives and all sorts of different types of cured meats,” Mendoza said. “It’s a different flavor; not your typical Mexican fare. People are in a more exploratory mood, so they welcome different flavors and offerings from around the world. We’re so far from any other big city, we wouldn’t get to sample them unless they are brought to us by a restaurant or specialty grocers.”

Alamo Drafthouse Cinema and Dave & Buster’s recently opened in El Paso as well. These types of entertainment options get people excited, Mendoza said. But for many crossing the border into El Paso, entertainment doesn’t top the list as to why they visit; shopping does.

“We have the population that comes from Juarez and Chihuahua to the shopping centers here every weekend,” Mendoza said. “If you were to count the license plates, you would find that a significant number are coming across the border to shop over here.”

Her marketing firm did a paper-and-pencil survey of people crossing the International Bridge of the Americas from Juarez to El Paso around Christmastime in 2012.

“We asked them to tell us, ‘What brings you to the El Paso region? What do you shop for most often? What are the things you’re looking for?’

“The No. 1 thing they said they come for is not to visit friends; it’s to shop. They shop for groceries. The top two categories for shopping are grocery and apparel,” she said. “And you might think, groceries—isn’t it cheaper in Mexico? Well, to a certain extent yes, but with recent increases in prices, even with the devalued peso, a lot of people come over here because they like the American brands, and they’re willing to spend for those kinds of brands, because there’s not that much of a difference in prices in some categories.”

Mendoza said some would stay an entire weekend to shop and the majority spend $100 to $500 on every shopping trip.

“It’s an ongoing flow of people coming in for multiple reasons, whether it’s entertainment, shopping, vacationing or obviously to visit family who sometimes live in these locations, but they inevitably leave money behind because they’re consumers,” she said.

Mendoza remembers hearing a few years ago at the Idea Exchange that El Paso is among cities with the lowest number of grocery stores per capita.

“It makes it very attractive for grocery store chains to find a niche here, because for a city of this size we’re greatly underserved in the grocery department,” she said. “Sprouts and Whole Foods have an advantage right now because they’re the first ones opening, but there’s definitely room for growth in that area, including having grocers who provide fresh, organic ingredients, home grown or locally sourced materials. Right now, that’s very, very much something people are looking for.”

“We tend to cook from scratch, so organic is becoming more of an interest with the population,” she said. “So there’s definitely room for growth in that area.”

The study Mendoza’s firm conducted found that people do come to El Paso for entertainment, like movies, sporting events and concerts. El Paso is beginning construction on a new $180 million multi-purpose cultural and performing arts facility, Hispanic cultural center and children’s museum that is referred to as the “arena project.” Voters overwhelming approved a bond program in 2012 to pay for it.

It is a huge undertaking for the city, and officials have taken care each step of the way to ensure that the public is aware of the project. They have brought in experts in real estate, the arts, education and banking to get their input on the new facilities. The city found during an outreach project that El Pasoans want the arena project to be family- and pedestrian-friendly, express regional diversity and establish a strong image for their city. It is hoped that the facility will draw major sporting events, concerts and other entertainment and cultural events.

New restaurants with international flair have become popular in El Paso as well.

“As the population is growing, we’re getting a Thai restaurant, an Indian restaurant and Korean and sushi—people are discovering different tastes beyond your typical Italian or Chinese restaurants, and so those kinds of specialty stores that carry a wider variety of international type products that are not necessarily Mexican or South American, but really worldwide types of spices and foods and cheeses, that is something that I think has piqued their interest,” Mendoza said.

When trying to succeed in a multicultural environment anywhere in the U.S., there are a lot of dos and don’ts that independent grocers may not be familiar with, Mendoza said. But, there is a monster retailer that has long been sharpening its focus on the Hispanic consumer: Walmart.

Before starting her research and marketing firm five years ago, Mendoza was a college professor. She relocated to teach at the University of Texas at El Paso in 2007. Previously, she taught at the University of Arkansas. While there, she coached buyers in Walmart’s international division. Specifically, she helped them learn how to appeal to the Hispanic customer.

“We talked about issues from signage to merchandise variety and breadth of offerings to try to appeal to Hispanics, and surprisingly—or not surprisingly—the model they were trying to imitate was H-E-B, because they saw how successfully H-E-B was able to capture the Hispanic market,” Mendoza said.

There are no H-E-B stores in El Paso.

“Walmart definitely was trying to catch up and to appeal in Hispanic communities,” she said. “There are a lot of issues that Walmart has known for about 20 years that the rest of the country is just getting familiar with.”

So, when she walks into a Neighborhood Market in El Paso, can she see how her work influenced it?

“I see it, yes, in some of their offerings,” Mendoza said. “There’s more of a variety of products from Mexico, and you see that they are including American brands—the chili brands or the salsa brands—right along with the brands that I grew up with in Mexico.” 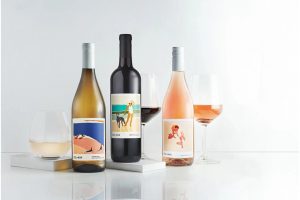