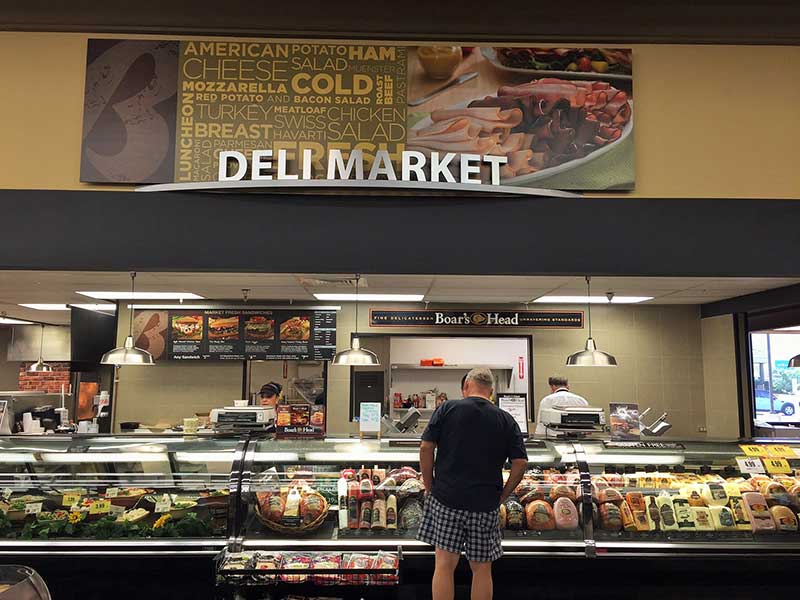 It’s no small feat to keep up with consumer trends and preferences in a changing retail landscape, but Sarah Schmansky, director of account services for Nielsen-Perishables Group, and Colleen McClellan, director of Datassential, believe that every retailer—big or small—is capable of innovating and staying competitive in their deli and prepared foods department. At this year’s FMI Connect, held in Chicago in June, Schmansky and McClellan outlined the ways retail is changing and detailed simple strategies grocers can use to stay ahead of the curve.

The retail space has evolved significantly over the past several years, Schmansky said, noting the rise of alternative channel competition (everything from restaurant meal delivery to fresh salad vending machines) and the decline of the center of the store.

“Center store was typically where you saw not only a lot of growth but a lot of innovation as well,” but today, fresh categories have stepped into that role, with perimeter categories “behaving more like CPG products in innovation and branding and packaging and flavor profiles,” she added.

These shifts have taken place, in part, because consumers are no longer just buying products, Schmansky said, but “hiring” them to perform a job. To provide consumers with the products and meal solutions they’re looking for, retailers need to focus not on categories, but on understanding consumers and the jobs they need products to do for them at home.

To help grocers do that, Datassential and Nielsen took a look at top concerns driving consumers’ purchasing behavior:

• While the economy is still top-of-mind for most consumers, their health is their next biggest concern. “Consumers are really looking to the retail channel to help them make better decisions about their eating and shopping habits,” said Schmansky, who noted that health concerns have propelled produce and health and wellness categories to grow at a greater rate than their center store counterparts.

• Today, 20 percent of households are taking in more than half of income earned, leading to “more diverse economic realities than ever before.” Adding to this diversity is the growing spending power of Millennials, who have different needs and behaviors than Boomers who are “maintaining their strongholds (through) disposable income and account for 50 percent of CPG sales.”

• Lastly, understanding consumer behavior is becoming even more complex as the U.S. population’s tastes become more diverse. According to Schmansky, “We’re marketing to a demographic that truly isn’t about ethnicity, but it’s about what you want to eat and what you want to consume in your home—a truly multicultural society.”

Based on these concerns, it’s no surprise that consumers are looking for a variety of healthy, convenient meal options, and the retail landscape is shifting to cater to these needs.

“The lines between supermarkets and restaurants continue to blur,” said Schmansky. “Supermarkets across the board are upping their game and offering meal solutions that are healthier and convenient and more appealing to consumers. And deli prepared food can truly be what bridges the gap between restaurants and retail and brings more dollars into the retail channel.”

Supermarkets that are able to bridge that gap for consumers are experiencing dramatic growth compared with those that aren’t placing their focus on their deli and prepared foods department. According to Schmansky and McClellan, deli is the fastest growing sector of the fresh perimeter, boasting 7 percent growth in dollars and 5 percent growth in volume. While all aspects of the deli are benefiting from this growth, prepared food makes up nearly 60 percent of the department and is growing slightly faster in dollars at a rate of 8 percent.

In addition to being a fast-growing department, the deli seems to be a deciding factor in what makes a retailer “best in class.” A recent Nielsen study found that best-in-class retailers have a higher contribution within the deli space, Schmansky said.

“When we look at these retailers with high fresh velocity, not only do they have higher total store velocity, but they’re showing positive growth as well; 10 percent year over year growth compared to a declining other side of the spectrum. And fresh, and specifically deli within fresh, is driving that performance,” she noted.

Schmansky outlined a number of reasons for this divide. One major factor is that deli departments can drive incremental trips, especially if retailers provide prepared food options for all dayparts. A deli that drives incremental sales also has the power to increase basket size: Researchers found that 80 percent of consumers who shop in one area of the deli, such as prepared foods, are likely to shop across all of the deli, including deli meats and cheeses.

Another reason that “deli is the driver’s seat,” said Schmansky, is that it is in a prime position to innovate along with evolving consumers. Amenities such as in-store seating, beer and wine pairings and complementary Wi-Fi all serve to make the prepared foods department a destination. However, for grocers with limited resources or manpower, there is still plenty that can be done to drive deli sales, Schmansky and McClellan noted.

Retailers can easily borrow from restaurants’ success by offering well-known restaurant brands in their prepared foods department. Brands like Panera, Panda Express and Fridays all can help boost sales in even the “least sophisticated deli departments,” Schmansky said. “A lot of these brands are being reported as being consumed at home. So consumers are purchasing these and taking them home to consume right in the comfort of their own home. So again, just another way to secure sales that have gone to the restaurant space.”

Other simple tips for retailers who may be limited in resources included: offering complete and balanced meals; providing customizable options; and, most importantly, ensuring that take-home foodservice offerings travel and reheat well.

For retailers prepared to delve a little deeper into consumer demands, McClellan sees “two key forces outside the store that are actually creating what some might think are risks, which we see as large opportunities for delis to truly compete for their fair share.”

These forces are consumers’ increasing focus on localization and on health and wellness. When it comes to demand for local fare, McClellan notes that restaurants are at the forefront of the trend, offering hyper-local dishes.

“They have the ability, on the spot, even at the chain level, to have a select offering in a particular market that speaks directly to consumers’ preferences in that geographic area,” she said. “Restaurateurs are leveraging the consumer’s local preferences and putting them on their menu. They are starting to tell a very localized story about the foods that they offer…We as grocers need to start thinking about how might we also adapt our offering to be very specifically localized to the preferences in our community.”

While the prospect of offering various, localized dishes across stores may seem daunting to retailers, it doesn’t have to be too much of a challenge. McClellan pointed to some top trends in chicken, a “universally well-loved” and versatile protein. Among those trends are breaded chicken, Mediterranean chicken and pulled chicken, which is gaining popularity thanks to its healthy halo and its ability to serve as a neutral base for a variety of flavors. While breaded chicken and Mediterranean chicken each experience various levels of popularity in different types of communities, pulled chicken can be customized across a retail banner to suit each unit’s population.

“So one can do an Asian flair while another is doing barbecue, but the banner as a whole has got a pulled chicken SKU, if you will. They then leverage and change across the course of a week, adding variety to product offerings and staying on trend,” she said, adding that this allows individual stores to use their “real estate” more wisely, even if localized offerings aren’t as efficient as chainwide offerings.

Health and wellness have their roles to play, too

Thanks to continually shifting definitions of healthy food, offering better-for-you options also can seem difficult. But, again, it doesn’t have to be too complicated. Consumers are shifting away from “no, low and free-of” products as their definition of healthy and into “this feel-good space of organic, the locals and the naturals,” McClellan said.

While some consumers still may be paying attention to calories or fat content, other are shifting their focus to attributes like gluten free, vegetarian or vegan. And restaurants are doing a great job not only at revealing the nutritional makeup of their offerings, but also at telling the stories surrounding the other marketing claims. That is a risk for grocers with foodservice programs, McClellan said.

“How do we compete when consumers are saying ‘You know, I perceive the deli prepared sections, at times, to be maybe higher-calorie and higher-fat, because I don’t know what’s in it. There’s no story that tells me how it’s been prepared, how it’s been made, what’s in it. Is it OK for my child who is gluten free? Or my part-time vegan teenage son?’” she asked.

There are a lot of consumer needs complicating shoppers’ choices, and even shoppers don’t always understand what marketing claims mean for their diet or for the environment. So the “sweet spot” for retailers, said McClellan, is to focus on communicating the emotional benefits their foodservice department offers.

“So it’s gluten free, not because we’re trying to help you with weight management—it’s gluten free because we want Mom, or Dad these days, to have one less stressful thought about getting the dinner to the table in a convenient, portable fashion that meets the need of the one person that may suffer in the home with celiac. That benefit there is I’m telling you what’s in it and it’s safe to eat. It’s a relief. This is emotional relief.”

While putting the spotlight on this kind of benefit is good strategy, McClellan also pointed out that those consumers who really are just focused on the effects meals will have on their diets aren’t going away. Retailers, even those with limited resources, can attract those consumers to the foodservice department by introducing more better-for-you variety.

“We’re not saying get rid of rotisserie chicken or the hot wings on the bar,” she said. Instead, retailers could consider increasing the number of veggie sides they offer as consumers shift away from the idea of meat as the center of the plate. Or they could rotate healthier versions of comfort food favorites, such as offering macaroni made with organic dairy or made with whole wheat pasta once or twice a week.

One other way to draw dollar share away from restaurants, she added, is to meet the one consumer demand they are falling behind on: offering more high-quality, natural meats, such as those raised without hormones or antibiotics.

*Editor’s note: Find more [email protected] news and insights online and in the print editions of The Shelby Report. 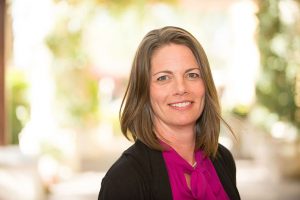 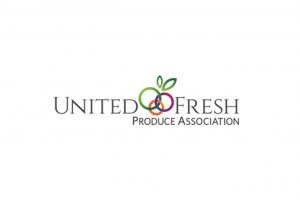 Food Industry Hall Of Fame 2016 Inductee: Super A Foods’ Lou Amen
Natural And Organics On The Rise, Legislative ‘Red Tape’ On The Decline In Kentucky