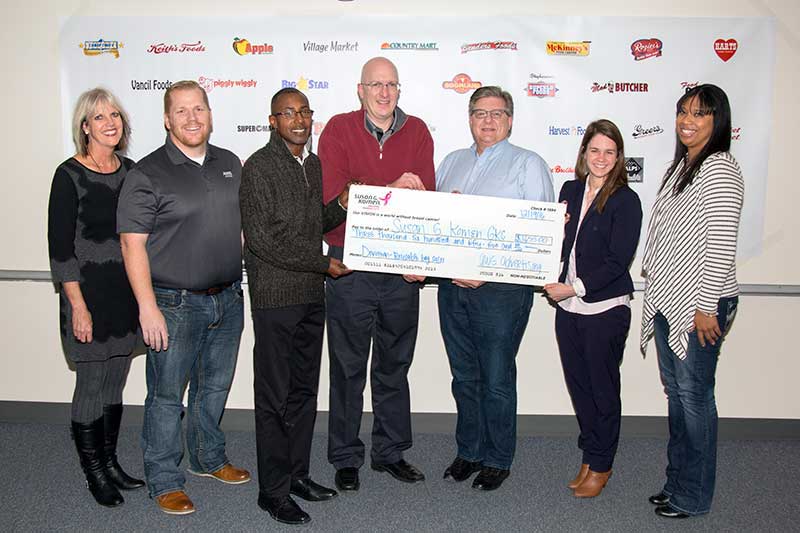 Associated Wholesale Grocers’ advertising department recently made a donation, on behalf of its member retailers from the proceeds of pink ribbon reusable bags, to the Susan G. Komen Foundation to support the group’s efforts for breast cancer research, prevention and treatment.

AWG’s advertising department designed its own pink ribbon bag that it offered to AWG member retailers. More than 150 AWG stores purchased bags, which raised more than $3,600.

“We’re proud to help Susan G. Komen,” said AWG President and CEO David Smith. “Many of our member retailers and those here at AWG have been touched by breast cancer in some way, so whenever we can give to an organization like Susan G. Komen and to raise some awareness among the customers of our retailers, that’s a positive.”

Retailers often resell the pink ribbon bags and donate on their own to Susan G. Komen and other breast cancer organizations. AWG’s advertising department has been offering the bags to retailers for five years and the program has grown in popularity, as reusable bags have become increasingly important to AWG members.

“We’re really answering the need we hear from our members,” said AWG Advertising Manager Randy Lane. “Retailers love being a part of this program and were drawn to the charitable aspect of it.” 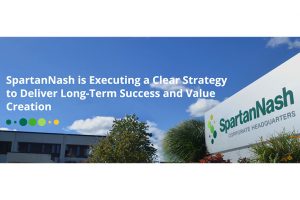 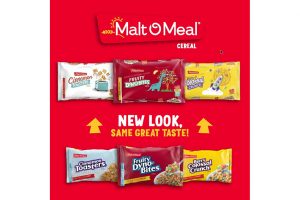