Pharmacists at Shaw’s grocery stores in 15 locations throughout Maine (who work in the stores’ Osco pharmacies) have signed a collective bargaining agreement with their employer as members of Teamsters Local 340. The roughly two dozen pharmacists voted to join Local 340 in April 2015.

Contract negotiations were deadlocked for an extended period, with the union only overcoming employer opposition to its main contract proposals late this year, according to Teamsters. The pharmacists and the union successfully addressed a number of issues, securing key protections for the members in the contract. Maine’s Osco pharmacists are among the first in their field to unionize in what Local 340 hopes will become a national trend. 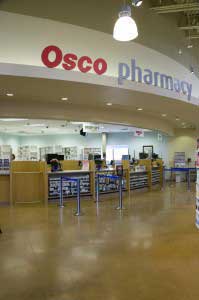 “Collective bargaining by professionals and knowledgable workers represents a new way forward for American labor. Our job now is to provide strong union representation for our new members at Osco, and demonstrate that organized labor has a lot to offer in the information era,” said Local 340 president Brett Miller. “If more people follow the Osco pharmacists’ example, the labor movement will be able to secure a better deal for all working Americans in the 21st century, just as it did in the 20th.”