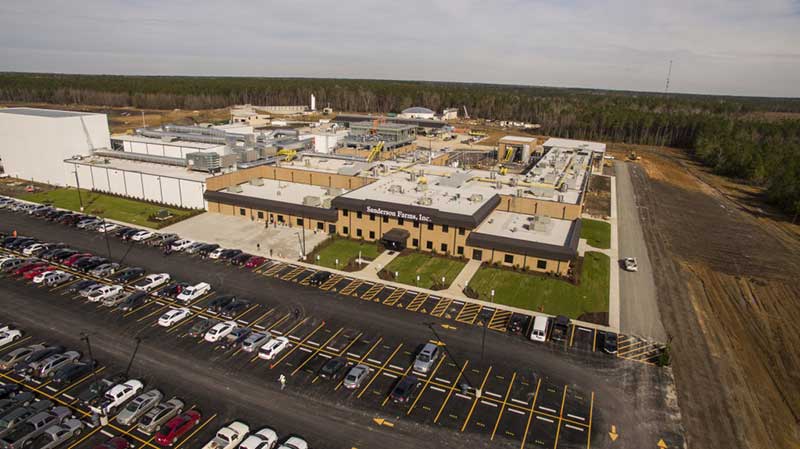 The 180,000-s.f. plant accompanies an existing 65,000-s.f. hatchery located in Lumberton, as well as a feed mill in Kinston, making it the company’s 11th fully integrated poultry processing facility nationwide. The new deboning facility provides greater accessibility to the East Coast market and employs 1,100 workers in the St. Pauls community, with an additional 100 contract growers, according to Sanderson Farms.

In addition to the 1,600 workers the company already employs in North Carolina, Sanderson looks forward to providing employment opportunities to Robeson County.

The facility features the latest technology in the poultry industry, including food safety, employee welfare and environmental conservation, according to the company. The St. Pauls facility, which was built on a greenfield site, utilizes a mechanical wastewater treatment system for recycling wastewater to be used on a neighboring 1,500-acre plot of land owned by the company.

The state-of-the-art poultry complex is able to process 1.25 million birds per week for the big bird deboning market; it will sell approximately 500 million pounds of dressed poultry meat annually.

“I think it’s probably one of the best things we’ve had in 30 years,” said St. Pauls Mayor Gordon “Buddy” Westbrook. “We need the project. We need the jobs, so it’s great.”

Sanderson Farms is part of a robust and well-established food manufacturing industry in North Carolina. The state’s more than 960 food and beverage manufacturers—including other poultry processors like Butterball and Tyson—benefit from convenient access to local and regional suppliers, as well as low utility and construction costs. The state’s food processing industry is the second largest in the U.S., generating $16.3 billion of the states GDP in 2015, and the state ranks second in the country for farm cash receipts for poultry. 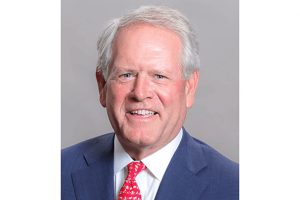 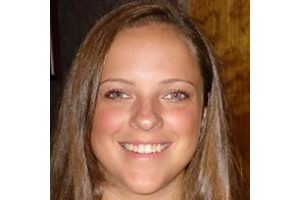 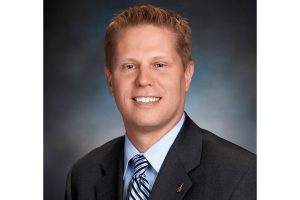