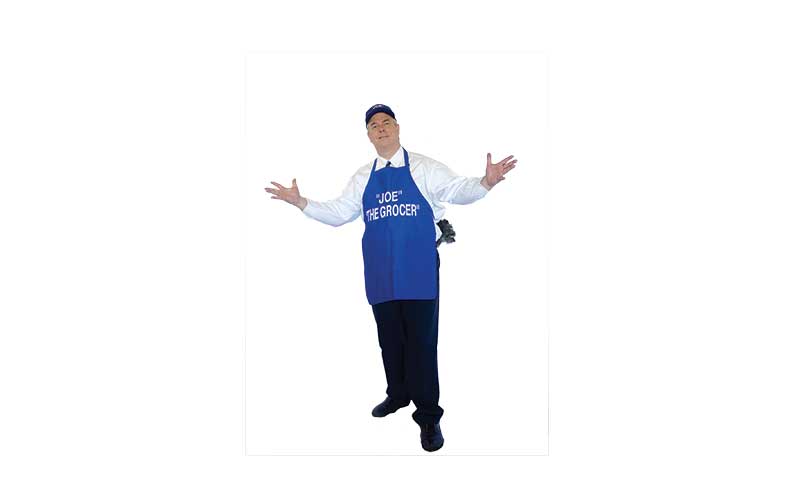 Joseph Welsh is a lifelong grocer with nearly 40 years of experience, holding virtually every position there is in a retail operation and many at the wholesale level. He got his start in the family business, which first was established in 1926 in El Paso, Texas. Welsh made the decision to sell the business after getting quite a shock right around Thanksgiving 2014: a Stage IV non-Hodgkin lymphoma diagnosis. Doctors told him he had about three months to live. It turns out that only his independent grocery store owner life would pass away. With his illness in remission, he now helps other independents through consulting work, and occasionally will bring the funny and informative “Joe The Grocer” out at trade shows and other events. When The Shelby Report caught up with Welsh, he was in Chesterfield, Missouri, working on a project. He spoke with Terrie Ellerbee, editor of Shelby’s Southwest edition, about the type of work he does and offered examples of West Texas retailers who get it right.

Terrie Ellerbee: When you found out about your health issue in 2014, what was your reaction?

Joseph Welsh: I said, ‘I can’t die yet. I’ve still got a kid at the house.’ I was going to be too sick to operate my stores anymore, so I called a friend of mine who was nearby and had a group of stores and within about three months I had them sold while I was going through chemo. I did real well. It provided me plenty of money forever, and I was able to really concentrate on getting well. And despite the three month prediction, I ended up living. I was too ornery die.

TE: How did your consulting business start?

Welsh: About September the following year, 2015, I had a couple of buddies who own stores who asked me to come look at them. They said, “We’re in trouble. We’re getting new competitors, and we need a fresh look.” So I went over there and looked at their stores and helped them and made a plan. And I liked it. I can work when I want to. It gives me a variety of projects. Nothing will get stale. So that’s what I’ve been doing. I’ve worked everywhere, all over the country. I’ve educated. I’ve been a guest speaker. It’s worked out OK.

TE: When you did have your own stores, did you ever bring in a consultant?

Welsh: Yes. We bought from Fleming Foods (now out of business). They provided a meat guy and a produce guy that rode around in a car together, and they would hit your store about once a quarter and show you some new trends and work with the department heads. We kind of got attached to our meat consultant. Meat was a big part of our business, and we ended up making a deal with Fleming to hire him to call on us monthly as opposed to quarterly. It wasn’t cheap, but this guy did wonders for us and brought us into the 21st century. Consultants, they may be good, they may be bad, but if he helps make you any money, you’ve moved the ball down the field, so to speak.

TE: Have you had to convince other store owners on that point?

Welsh: I’ve had to argue with some guys, gotten into a few shouting matches before with an owner when I just knew that they were going in the wrong direction. I’ve had to have the conversation, “Listen, you hired me to give you advice and to save you money and that’s what I’m trying to do, but you ain’t hearing me.” I’m the guy when you want the fresh look, fresh set of ideas, but also I’m the brutal truth guy, too. And some guys don’t want to hear that. I’ve been hired by people who have just wanted me to tell them how great their store was. That’s never happened (laughing). But I’ve done some good for some guys. And they paid me. Every store that I’ve called on and done a consulting job for has been thankful.

TE: What kinds of things does ‘Joe The Grocer’ talk about?

Welsh: I do a comedy deal. People take themselves too seriously sometimes. If we can’t laugh at ourselves I don’t think we can grow individually. (Without humor) it’s just another guy getting up here talking about food. I taught last year at the Texas Retail Forum—it was actually the Texas Retailers Association’s first one. I had a couple of educational workshops and speeches. One was on modern advertising strategies and the other was the future of formats. They were well attended and well received, and we educated a few people.

TE: Educate me a little bit about trends and formats. What are you seeing in your travels around the country right now?

Welsh: There are so many retail consolidations, mergers, growth by acquisition that there are fewer and fewer players all the time. The independent grocer could be an endangered species because they just keep getting eaten up and picked on by the Walmarts and Dollar Generals. There’s still a place for independent grocers, for sure, but competition is fierce, and the evolution of online shopping and shipping direct to your home will continue to further reduce the number of brick-and-mortar stores. But with these consolidations, a lot of retail locations might be available for independents.

TE: Do you encourage independent grocers to be ‘different?’

Welsh: Yes. They have to be. Let me tell you why. If it’s Kroger or Dierbergs or something like that, they have everything. It’s one-stop shopping. Typically, independents can’t build stores that big, so they’ve got to fulfill a niche. If it’s a one-store operation, the store owner has got to be on the floor, he’s got to know whose checks to cash, he’s got to become part of the community, he has to always buy an ad in the yearbook, he’s got to become a member of the town to survive. And they get a ton of business by being those type of guys. When they start branching out, they lose that independent identity a little bit. So it’s difficult. Independents typically will concentrate on one or two things and just trying to be different from the chain store; that’s typically what I advise everybody.

TE: What kinds of things do you mean?

Welsh: Things like nostalgic candy. People love that stuff. Throwback soft drinks—Bubble Up and NuGrape and all of the Fanta varieties. I’ve been putting those in some retail supermarkets. The chains, they don’t mess around with that stuff. If you get six or seven little specialty categories in your store, the next thing you know, you’re different from Walmart. You have now given people a reason to go to your store. Those are the kinds of things independents have to do if they’re going to stay viable.

TE: Give us examples of independent grocers in West Texas who are getting it right.

Welsh: Lowe’s Markets, Littlefield, Texas, run by Roger Lowe Jr.; I think Roger Lowe Sr. is pretty much retired. They have 155 stores, and they did a lot of their growing by acquisition. They’re the most dominant independent in West Texas. There’s no doubt about it. And they have multiple formats. I think one of the good things about Lowe’s is their ability to adjust to any market.

There’s an up-and-comer from Andrews, Texas: Porter’s Thriftway. They have about 10 stores and a young but strong management team. It’s two brothers (Trae and Judd Porter) and a brother-in-law (T.O. Clark), and they’re all in their 40s. They are going to continue to grow.

There are two independents in El Paso that are always overlooked and always underrated. One is Food City Supermarkets (founded by Jose Santos and now run by his descendants, including Carlos Loweree). They have three predominantly Hispanic stores. They’ve been in business more than 50 years, run a tight ship and operate great stores.

Then there is Vista Super Markets. The Piña brothers (Mike, Oscar and Armando) have seven locations. They have neighborhood stores, but then they also have a store that’s called Vista Central Market, which is a Hispanic take on a Central Market or Whole Foods type store. That’s another one that has been successful at modifying the concept to fit.

TE: What kind of resistance do you run into in your consulting work?

Welsh: I had one situation where it was a husband and wife that owned a couple of stores, and they had two sons who were young in the business. But the parents and the kids, I’m telling you, they fought like crazy over meaningless stuff. So I went in there and I did evaluations of the two stores, but then I ended up evaluating the whole family. But when it was over, you should have seen the turnaround those guys made.

*Editor’s note: This West Texas Market Profile also appears in the February 2017 print edition of The Shelby Report of the Southwest. 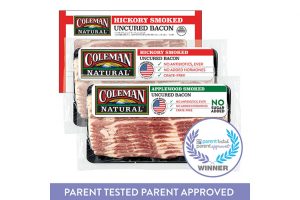 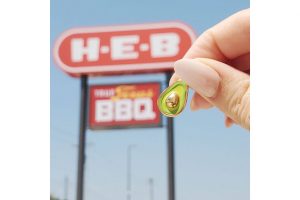