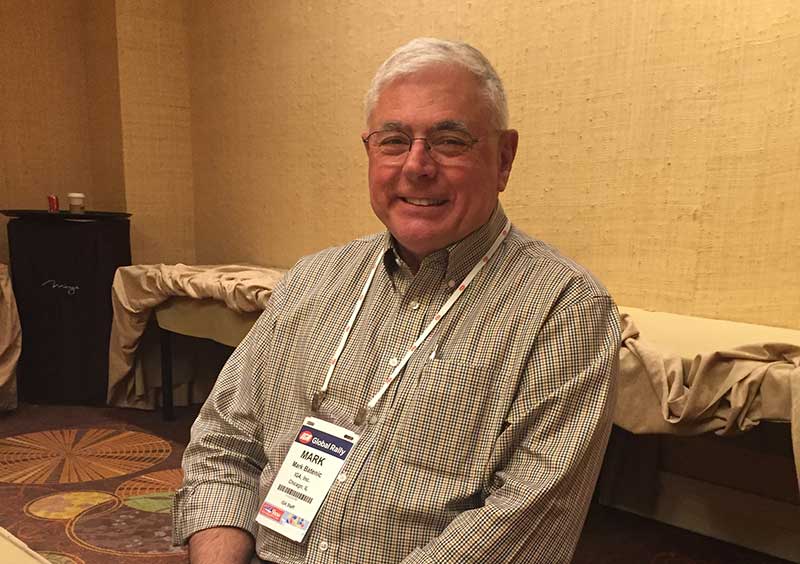 The 2017 IGA Global Rally marked the launch of the alliance’s new goal for its 1,100 U.S. stores—to be the industry leader in extraordinary shopping experiences.

The rally, at The Mirage in Las Vegas Feb. 10-12, sought to unite attendees behind that common goal with its theme, “It’s in our DNA.”

In his speech to attendees, numbering about 500 from 10 countries, Mark Batenic, chairman and CEO of IGA Inc., said, “That’s our theme for this event, so you’re going to hear a lot about what makes up who we are. Today we’ve lost a few competitors, added a few new ones to the mix and expanded around the globe, but nothing has changed about who we are. IGA still stands for taking care of people and community, and I know that firsthand because I now spend my days seeing these community centers in action all over the world.

“…Taking care of people is what you do,” he said. “It’s the red thread that connects us all. It’s both fundamental and distinctive to who we are. And it’s unchangeable because it’s in our DNA.”

But, Batenic added, “what if we elevated taking care of people to the next level? What if we continue to support and fulfill our goals as community centers, but on top of that, we pledge to take care of people in a way that will create a better shopping experience for our team members and customers alike? What if we could create a culture—based in leadership, engagement and treating people like family—that would take our shopper experience from good to not just great, but truly amazing?

“We could be the industry leader in extraordinary shopping experience.”

It’s not an option to not get on board

In an interview with Lorrie Griffith, The Shelby Report’s editor-in-chief, the day after the Global Rally’s conclusion, Batenic spoke about how imperative it is for IGA retailers to get on board with the move toward customer service excellence.

“If (the IGA retailer) doesn’t step up and do it, he’ll eventually die,” Batenic said. “You can quote me on that. The store will go out of business if he doesn’t differentiate and doesn’t do this customer service initiative.

IGA came to the conclusion that heightened customer service was the key to survival based on research. Information was gleaned from mystery shops (done by TrendSource), online customer feedback, focus groups and discussions with retailers and their store associates.

IGA has been piloting the “Way to Serve” program in six U.S. stores—one on the East Coast, some in the Midwest and some in the West. Three of the retailers—Nakul Patel of Mt. Plymouth IGA Express in Sorrento, Florida; Mike Trask of Granite Falls IGA in Granite Falls, Washington; and Phil Blackburn of Martin’s IGA Market Fresh in Cashmere, Washington—were part of a panel discussing the Way to Serve initiative.

“But I don’t care if you’re in Florida or in California; customer service is the differentiator,” he added. “Sure, the assortment in the stores will be different, but you can’t replace old-fashioned customer service the way it used to be.”

Stores will receive training on how to implement Way to Serve through the IGA Coca-Cola Institute, in the form of webinars at the store level, as well as resources supplied through the IGA organization. The hope is that stores will appoint a “learning leader” to spearhead the training process. To be considered for IGA Five Star Retailer status, a store has to have a learning leader (about 20 percent of IGA stores have achieved the Five Star ranking).

Because the results were fairly dramatic in the pilot stores, the program now is rolling out to a larger group of stores, he noted.

But Batenic was quick to point out that this is not a program that has an end date.

“This isn’t a one-time, one-shot thing; it’s a culture change that’s going to be benchmarked, reviewed, graded,” he said. “Stores are going to have to adhere to it; we expect them to all be the same because we want that shopping experience to be the same whether they’re in Maine or California. If you can create that consistency in the way you take care of the customer in the grocery store, what a difference that would make.”

He mentioned companies that have achieved consistent customer experiences such as Ace Hardware (key trait—helpfulness) and Chick-fil-A (key trait—politeness).

“The service is the same, the feeling is the same (wherever you go). That’s what we’re trying to emulate.”

“Everybody can do price; everybody’s got ketchup, but what makes the shopping experience memorable, exciting, not tedious, and makes them want to come back? What can you do that’s unusual?”

“We had 500 believers in the room representing maybe 800, 900 stores, but we have 5,000 stores across the world, so we need to get to the rest of the 4,500 stores and tell them this is how it has to be so the experience is the same,” he said. “These guys have to be an advocate of the brand and they have to be our evangelists—‘evangelical change agents’ is the term we’re using.

“This is the beginning of a journey; there’s no ‘easy’ button,” Batenic pointed out. “It’s a journey that we’re on that we hope to be successful at. Quite frankly, we have to be, because if we’re not, we’ll fade.”