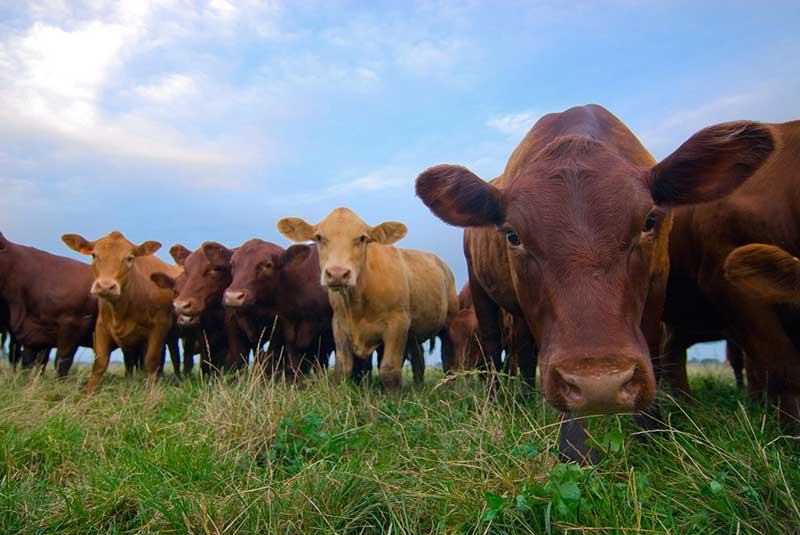 Departments in the store that sell meat, particularly the deli, meat and seafood departments, can be tricky spaces for shoppers to navigate. Even as consumers become more educated about the foods they eat and the industries that are producing them, they also are increasingly confused about the wellness and sustainability attributes of the meat, seafood and poultry they’re buying. To help retailers understand their shoppers’ concerns—and what can be done to ease those concerns—Carl Jorgensen, director of global consumer strategy and wellness at retail services provider Daymon Worldwide, recently spoke with The Shelby Report to highlight some of the trends he is observing in the protein space.

When it comes to meat, and even farmed seafood, the biggest worry among consumers is the use of hormones or antibiotics by producers.

“They’re reading so much about it now,” Jorgensen said. “And particularly parents of young children—they’re aware of the effects antibiotic resistance can have on the development of superbugs and perhaps reduce their children’s ability to benefit from antibiotics.”

Parents in particular also worry about the effects added hormones in meat are having on their children.

“There’s so much information out there now, that the hormones in meat can cause early puberty and things like that, so obviously that’s a big concern that parents have,” Jorgensen added. “But I think everybody is concerned about those things.”

This is a reflection of the growing idea among U.S. shoppers that “nature knows best,” and the less processed and more natural a food product is, the better it is for the planet and for consumer health. According to Jorgensen, this belief is responsible for the growing popularity of products like grass-fed beef.

“When you look at the grass-fed proposition, it’s the idea that what cows were designed to eat is grass. They weren’t designed to eat grain, and they also weren’t designed to eat some other very strange additives that have gone into the feeds that are given to cows in feed lots and industrial dairy operations,” he said, citing poultry waste matter in cow feed as an example. “Consumers look at that, and they say that doesn’t seem natural. That doesn’t seem right in terms of my belief about what nature intended for cows.”

While this may be a growing concern for U.S. consumers, it’s not a new idea and certainly isn’t unique to the U.S.

It’s not just the healthfulness of their meat that has consumers worried about animal feed. As consumers gain more knowledge of “industry secrets,” such as hog confinement and feed lots, they’re paying more attention to animal welfare and the impact animal agriculture may have on global warming.

“There are concerns not only about humane treatment of the animals, but also what are the impacts of these types of agricultural practices on the environment?” Jorgensen said. “This is probably a smaller subset of what we’d call ‘educated’ consumers, but consumers are becoming more aware of the impacts of animal agriculture on global warming. So how you feed the animals, how much effluent the animals produce in terms of methane, global warming gases.”

“We’re not saying that the world is becoming vegetarian,” Jorgensen added. “But, particularly in developed markets, we’re seeing gradual reductions in beef consumption.”

When it comes to seafood, consumers are worried not only about the impact that waste matter from farming operations can have on the environment, but they also are concerned about the overfishing of wild populations.

But it’s not all bad news. There are a number of ways retailers and producers can use these trends to their advantage.

So what can retailers and producers do to ease consumers’ concerns and increase traffic to the deli department? It’s all about communication.

“Retailers are noticing that, with price deflation in the meat market, some of their best-selling lines are the organic and grass-fed beef, and beef that they’re labeling as hormone-free, antibiotic-free,” said Jorgensen. “That’s the real bright spot in that market. So retailers have the opportunity to not only make those products available but to clearly communicate those propositions.”

To drive sales and consumer confidence, he recommends retailers provide clear communication at the point of purchase that alerts shoppers to the availability of meats featuring wellness attributes.

There is opportunity for producers to make more of these claims as well.

“As far as producers are concerned, I think you’re starting to see a shift,” said Jorgensen. “They’re seeing that the continued overuse of antibiotics and these massive industrial confined operations are really causing these superbugs to evolve. And if they’re not allowed to use or are trying to shift away from this prophylactic use of antibiotics, they’re going to have to change their practices. You have to spread the animals further apart if you’re going to reduce or eliminate the use of antibiotics.”

In other words, meat producers will have to “begin moving away from confined feeding operations” if they want to avoid losses due to sickness without having to overuse antibiotics. While changing business practices isn’t easy, producers who do so will have the opportunity to differentiate themselves by promoting their efforts to raise their animals in more humane and sustainable ways.

“Whenever you do something like that, consumers will give you credit if you tell the story of what you’re doing,” Jorgensen noted. “Increasingly, retailing has become about storytelling. And if you have an authentic and compelling narrative, this is really what consumers are looking for today. But it’s got to be an authentic narrative.”

For the seafood case, Jorgensen recommends a different approach—education.

“There’s a lot of confusion among consumers right now in the world of seafood. One of the areas of confusion is all these strange new varieties coming out that people have never even heard of before,” he said. “One that’s gone mainstream is tilapia. Not so many years ago, nobody had ever heard of tilapia.”

As producers introduce more varieties of fish and as some previously ubiquitous varieties potentially become less common due to overfishing, retailers can help their shoppers navigate the seafood department with simple callouts.

“It’s all about information. Even a picture of this new fish that people may be unfamiliar with. If they can’t get Atlantic cod anymore because it’s been overfished, and they’re getting unusual varieties of fish they’ve never heard of before, then retailers should tell the story. This is what it looks like, this is how it was raised. And it’s going to make it a lot easier to sell,” Jorgensen said.

He points to Whole Foods Market’s seafood rating program as a great example of consumer education. The retailer labels its seafood in-store according to sustainability criteria set by the Marine Stewardship Council, Monterey Bay Aquarium Seafood Watch and The Safina Center. And it promotes the fact that it does not sell seafood that has been poorly rated by these organizations.

“It’s all spelled out right there,” said Jorgensen. But he notes that this is an advanced program; retailers don’t have to be this thorough in order to reassure shoppers. And some shoppers won’t need any reassurance at all, he added, pointing to the “mystery fish” sometimes found in sushi.

“There’s this little chunk of raw fish in the sushi, and in many cases it’s really not too clear what that is. Sometimes it’s not even fish,” he said. “But to boost sales of unfamiliar or new varieties, there’s no harm in a little storytelling.”

While catering to current consumer trends can be a smart move, it’s also a good idea to keep an eye on the horizon because, for every trend, there’s a counter-trend. And some of those counter-trends may be gaining steam. Among “conscious consumers” (those that may be better educated, well-read or have a higher income), there’s a growing understanding that dark meat is more nutritious than white meat, Jorgensen told The Shelby Report.

“For so long, poultry has been bred to produce copious amounts of white breast meat, to the point where they’re almost deformed, that they have trouble standing up; their breasts are so heavy that they fall forward. It’s really pretty sad,” he said. “All the dark meat has been exported to countries where it’s appreciated more. Up until the sanctions against Russia, a huge proportion of the dark meat produced in this country was exported to Russia, where it’s preferred.”

Jorgensen predicts that the coming year is going to be a big one for dark meat as more consumers gain an understanding of its nutritional value. Some producers already are preparing for this shift, including Perdue, which has begun to produce smaller chickens without overdeveloped breasts. This has the added benefit of appealing to consumers who are concerned about animal welfare.

Another counter-trend to watch is that of animal feed. As retailers are no doubt aware, “vegetarian-fed” is a popular attribute for poultry products, eggs in particular, but that’s one attribute that strikes Jorgensen as odd.

“Birds eat bugs. And bugs are not part of a vegetarian diet. A free-range bird will eat a lot of bugs. If it’s wandering around out in the field, a big part of their diet is bugs,” he said. “So this idea of vegetarian-fed is strange, but you can see how it might appeal to a group of consumers who are concerned about strange things in the diet of the animals they’re eating.”

In this light, the increasing interest from poultry companies in insect protein may not come as a surprise.

“You’ve probably seen—for human food—these companies introducing cricket flour and things like that. It hasn’t been getting a lot of traction, particularly in North America and western Europe,” Jorgensen said. “But behind the scenes in the poultry feed world, there’s a lot of excitement about insect protein because it’s a very, very sustainable, low-impact way to produce high-quality protein. And since birds, by their very nature, are insect eaters, it’s a really, really great idea for poultry feed manufacturers.”

While insect-based chicken feed isn’t something that’s on the consumer radar today, Jorgensen is seeing “a lot of action in the regulatory world” to promote its adoption by producers. As yet, there has been little research into how consumers would feel eating insect-fed chickens. But as a potentially more natural and sustainable source of nutrition than current vegetarian feeds, retailers could soon have one more attribute to tout at the meat case.