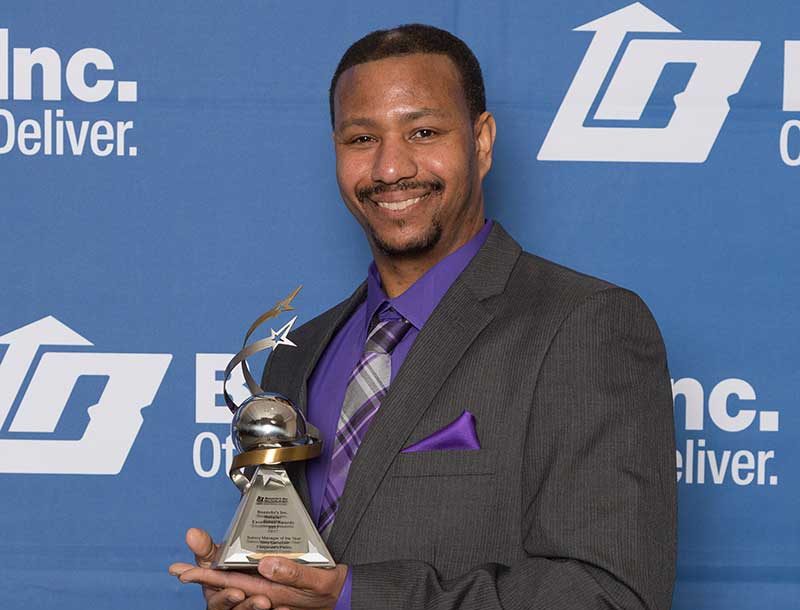 Terry Campbell of Fitzgerald’s Foods in Simsbury, Connecticut, has been recognized as Bakery Manager of the Year in the Bozzuto’s Retailer Excellence Awards, hosted during the wholesaler’s recent Independent Retailer Conference. The awards ceremony recognized the best retailers and store managers, as well as the best managers of bakery, deli, produce, meat and grocery.

Campbell started his career at Fitzgerald’s Foods 20 years ago and says he still enjoys his job and the relationships with his employer and co-workers. He says his biggest accomplishment is keeping his baking department running smoothly and profitably. Campbell’s co-workers describe him as “loyal, trustworthy, hardworking and reliable.”

When Campbell isn’t at the store, he is an avid Pittsburgh Steelers football fan, waving his “terrible towel” every game.

Campbell was one of three bakery manager finalists for the Bozzuto’s award. Others were Renee Walker of Eddie’s of Roland Park in Baltimore, Maryland; and Jackie Losiewski of Kennie’s Marketplace in Taneytown, Maryland.

Walker has more than 23 years in the grocery industry and 10 years working at Eddie’s of Roland Park. Bozzuto’s credits her success to a mix of friendliness, knowledge and providing high-quality products. In her spare time she loves to cook and take care of two Siberian Huskies.

Losiewski has 38 years of experience in the grocery industry and seven years at Kennie’s Marketplace. She is known for her bakery creations and often bakes custom orders from scratch. When she isn’t baking, she spends time with her family and her 6-month-old grandson.