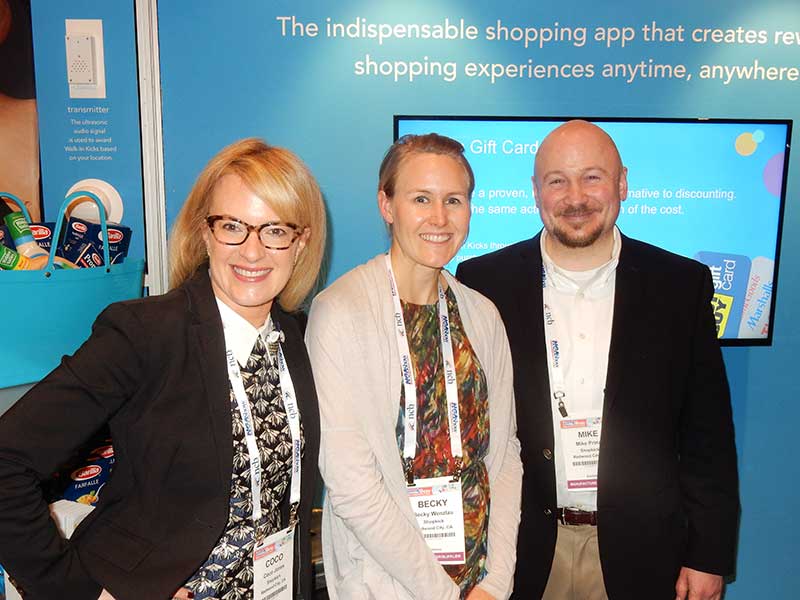 Shopkick, a shopping rewards app that aims to engage people with brands and drive in-store action, opened up Shopkick Grocery to brand and grocery partners in February in preparation for the consumer launch in early April.

The company’s biggest launch since its 2010 debut, Shopkick says its Grocery feature will give consumers many more opportunities to earn rewards during trips to the grocery store. For grocers and brands, it will drive a consistent and measurable stream of foot traffic, product engagement and in-store sales, according to the company. 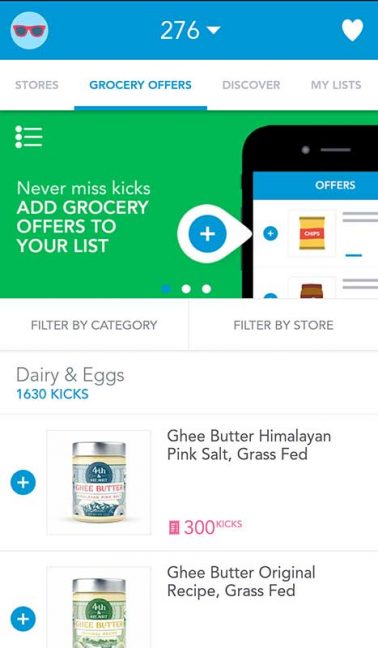 Shopkick’s Coco Jones, who handles marketing and PR, and Becky Wenzlau, who handles product marketing, spoke with Bob Reeves, VP-West of The Shelby Report, at this year’s NGA Show about the company and its new focus on grocery shoppers.

“Shopkick was founded in 2010, and since then we’ve grown to become the largest shopping rewards platform that is sort of the ‘digital layer’ over the physical world,” Wenzlau said. “So we drive incremental traffic in stores to products on the shelves and then purchases. We actually start all that at home. We have really engaging content that gets brands and retailers on consumers’ minds before they even enter the store.

“In April we’re moving into grocery, and we’re doing that by some dedicated experiences within our app—but it’s really a natural extension of where the business has grown,” Wenzlau added.

“We’ve had a lot of grocery shopping activity, historically, on the app,” Jones noted. “That’s one of the reasons that we’re moving into this area—we’ve seen that actual Shopkick users go to the grocery store a lot and they’re purchasing a lot of grocery items. So it makes sense.”

According to the company, Shopkick Grocery has been proven through research, product development and testing to drive key shopping behaviors, inspiring beta users to:

• Spend nearly twice what the average American spends in grocery/drug or mass retail ($59 per visit vs. $32).

• Earn rewards in grocery stores 2.2 times per week on average, compared to the U.S. average of 1.5 trips to the grocery store each week.

• Engage 33 percent more with products at the shelf than users without the Shopkick Grocery product.

The app works by rewarding consumers with “kicks” that can be redeemed for gift cards. Shoppers can earn kicks by entering a store, by scanning products on the shelf, by submitting receipts as proof of purchase of promoted items or by interacting with in-app content.

“Consumers love this because they get rewarded for doing everything they normally do,” Jones said. “They get kicks at every point along the shopping journey. Retailers love it because we send incremental foot traffic to their doors and then drive a larger basket size.”

While shoppers don’t actually have to make purchases to earn rewards, Jones noted that retailers and brands are still seeing benefits from the app.

“Just watching videos, browsing content, walking into a store, picking up an item off the shelf—if you scan the UPC code, you get instant kicks for that interaction. But what we see is that the shopper has a tendency to put it in their cart. There’s about a 20 percent average conversion rate to the cart after they’ve interacted with the product.”

Some new features offered by the Shopkick app as part of its grocery launch include a Grocery Offers tab—a dedicated section featuring branded photo galleries, videos and offers to help users discover new products; the ability for users to create shopping lists; and recipes that can integrate with shopping lists.

“Whereas previously we showed offers store by store, (the Grocery Offers tab) shows an aggregated list of all of the ways a consumer can really earn big rewards, high-value rewards, within their area. So that can help them plan their shopping trip,” said Wenzlau. “On that planning their shopping trip note, we’ve created a shopping list where shoppers add these offers to their shopping list, and we allow a combination of branded and generic items. What shoppers love about this is they know exactly what item to purchase when they get to the store.”

Quoting a Shopkick user, Wenzlau added that Shopkick Grocery “takes the hemming and hawing out of deciding what to buy.” 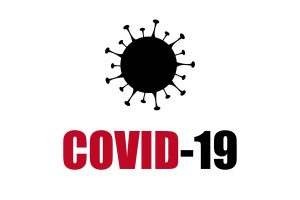 Lipari Foods ‘Carnival Of Savings’ Show Was Biggest Yet
AWG Ramps Up Kenosha D.C. With New Chicago Retailers On Board