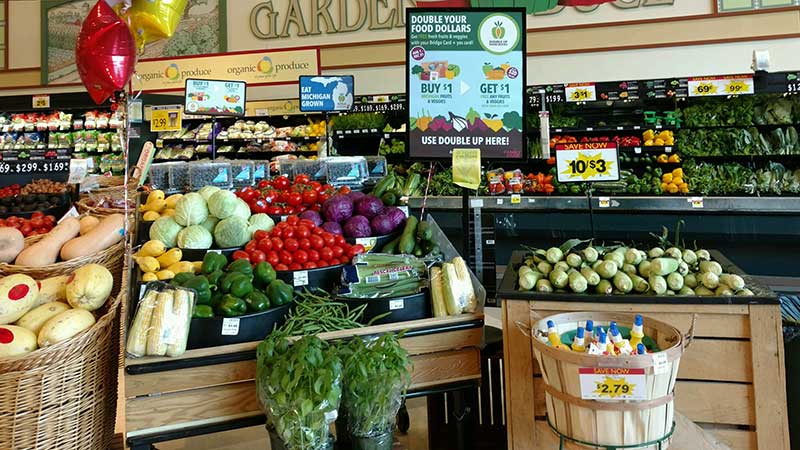 The Double Up produce incentive program is a public-private partnership pioneered by Fair Food Network. Today, Double Up programs are active in more than 20 states with support from federal, state and private sources.

SpartanNash is the only major grocery retail chain in Michigan with multiple stores participating in the Double Up program. Double Up Food Bucks also is available in more than 200 farmers markets, farm stands and other retailers, as well as more than 40 full-service grocery stores, including many SpartanNash independent customers.

For each dollar of fresh produce SNAP customers purchase using their Bridge Card and SpartanNash’s yes loyalty account, an equivalent amount of dollars will be earned and placed on their yes account. Shoppers can then redeem the Double Up dollars for free fruits and vegetables at participating Family Fare locations, with a maximum dollar-for-dollar match of $20 per day on their yes account.

“Sourcing and selling local Michigan produce is a key strategic priority for us,” said Larry Pierce, EVP of merchandising and marketing for SpartanNash. “In fact, we are working to increase the number of Michigan farmers from whom we purchase produce, as well as the total number of Michigan products sold in our stores. We have an extensive reach in our local growing communities, sourcing a wide range of fruits and vegetables from more than 250 Michigan farmers. We strive to offer the best selection of locally grown produce in our retail stores and to our more than 350 independent customers in Michigan. This ‘local’ commitment includes our local growers and producers as well as our local communities through programs such as Double Up Food Bucks.”

“Double Up Food Bucks is helping low-income families stretch their food dollars while improving their diets and supporting Michigan growers,” said Oran Hesterman, president and CEO of Fair Food Network. “SpartanNash has been an instrumental partner in scaling Double Up in grocery stores. They understood early on the power of this project as means to better serve its customers and the broader community. We are thankful for SpartanNash’s continued commitment to this project, including strong and growing support of Michigan growers. ”

Last year, 80 percent of all Double Up dollars earned at participating Family Fare stores by SNAP customers were redeemed.

In 2014, SpartanNash became the first major grocery retail chain in Michigan to support the Double Up Food Bucks program. Since then, the company says it has invested more than $100,000 to ensure the success of the program, the majority of which was spent on refining point-of-sale systems to make it easier for SNAP shoppers to earn and redeem Double Up dollars for fresh produce. 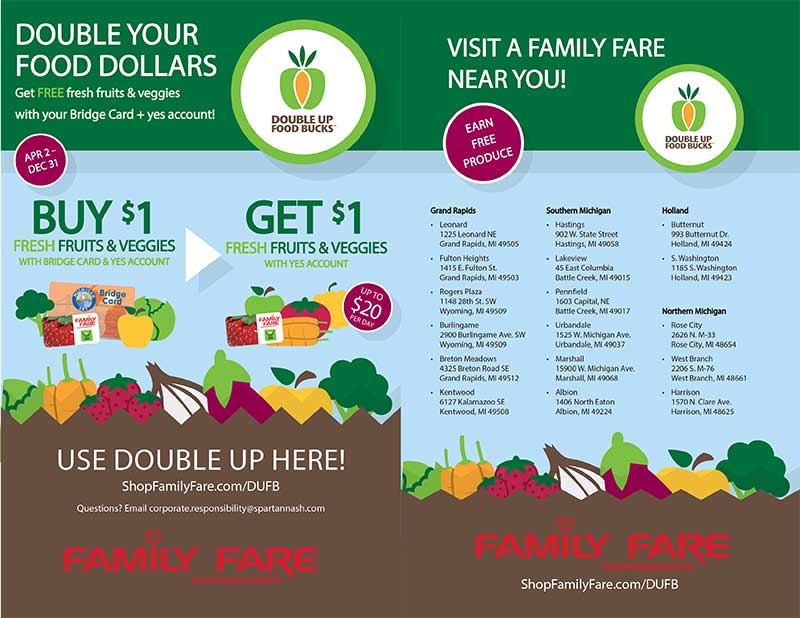