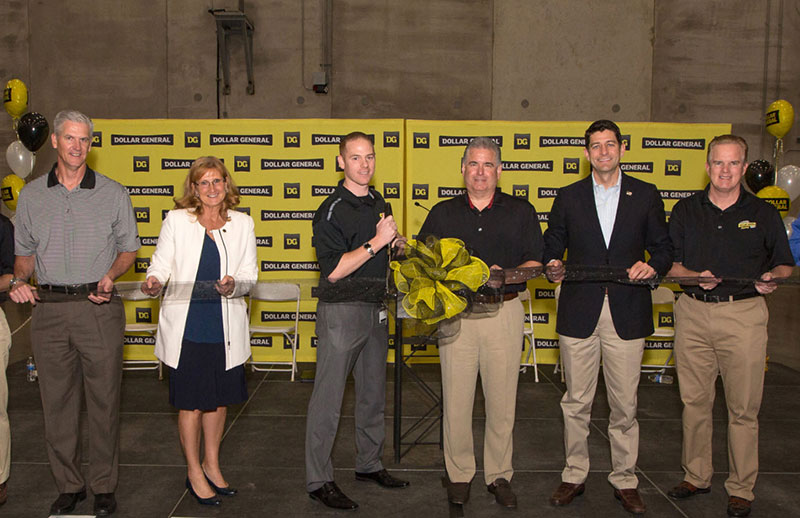 On Saturday, June 3, Dollar General officially opened its new distribution center in Janesville, Wisconsin. The Tennessee-based retail chain invested about $100 million in the project, which created more than 500 local jobs.

The opening was attended by nearly 1,000 Dollar General employees, their families and company executives, who were joined by U.S. House Speaker Paul Ryan along with state and local dignitaries to celebrate the grand opening of the discount retailer’s 14th distribution center.

“Dollar General is excited to celebrate the grand opening of our Janesville distribution center and it is an honor to welcome Speaker Ryan to our facility as well as state and local leaders who supported this project,” said Dollar General CEO Todd Vasos. “We have built a strong team in Janesville, and this new facility strengthens our distribution network and our ability to serve customers. We are delighted to have a strong presence in Wisconsin and look forward to a longstanding partnership with the community as we continue to focus on our mission of ‘Serving Others.’”

Ryan commented: “I am thrilled Dollar General has decided to build its new distribution center in my hometown, Janesville. I believe the employees and employers in the Badger State can compete with anyone, and with pro-growth policies like tax and regulatory reform, we can help to continue to create jobs.”

Construction began on the approximately 1-million-s.f. facility in November 2015, and shipping from the facility began in January 2017.

The Janesville distribution center serves approximately 800 stores in nine states in the upper Midwest. With the completion of this project and its more than 130 store locations in the state, Dollar General now has more than 1,300 employees in the state of Wisconsin.

“Congratulations to Dollar General on the opening of its new facility, which is creating hundreds of new jobs in the region. It will have a very positive impact on Rock County and the rest of the state,” said Gov. Scott Walker. “The pro-business climate in Wisconsin is attracting more companies like Dollar General to our state, which is part of the reason Chief Executive Magazine just placed us on its Top 10 list of the Best States for Business.” 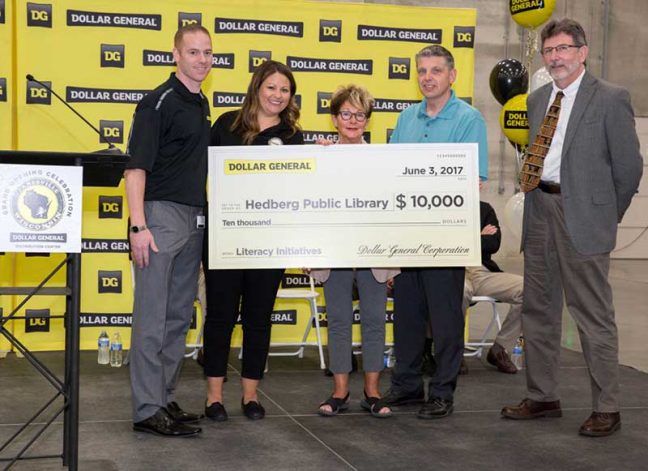 As part of the celebration, Dollar General donated $10,000 to the Hedberg Public Library to support its literacy and outreach initiatives.

“The City of Janesville is proud to be able to say that it is home to a key component of one of the fastest growing retailers in the United States,” said Gale Price, economic development director for the City of Janesville. “In addition to the over 500 jobs that will be added to the Janesville and Rock County economy, Dollar General and its employees are engaged in important community activities that help make Janesville a community of choice.”

Clayco Inc. served as general contractor for the Janesville distribution center. Leo A Daly did the building design, and Élan Design Lab Inc. did the civil design work.