H-E-B and Mercedes-Benz have tied for the tops spots in the 2017 Temkin Trust Ratings, which benchmark the level of trust that consumers have with 329 companies across 20 industries. The study from Temkin Group is based on feedback from 10,000 U.S. consumers. H-E-B and Mercedes-Benz are followed closely on the list by USAA (for banking and insurance) and Navy Federal Credit Union.

“It’s disappointing to see how TV/internet service providers and health plans have let down customers so regularly that they’ve fostered an environment of deep mistrust,” said Bruce Temkin, managing partner of Temkin Group.

Highlights of the 2017 Temkin Trust Ratings include: 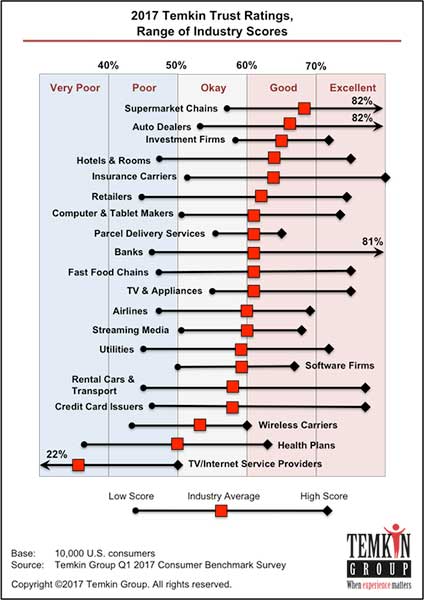 • TV/internet services (36 percent) fell far below any other industries. The next lowest industries are health plans (50 percent) and wireless (53 percent).

• All 19 industries that were in both the 2016 and 2017 Temkin Trust Ratings made improvements over last year. The largest improvements were in utilities (+16 points) and auto dealers (+14 points).

• Of the 280 companies in the 2016 and 2017 Temkin Trust Ratings, 98 percent of companies increased in score. Fujitsu, HSBC, Dollar, Advantage Rent-A-Car, Haier, Volkswagen, Subaru and Dominion Virginia Power all increased by at least 25 points.

• Allstate, Taco Bell, Time Warner Cable, Avis, JCPenney and Wells Fargo are the only companies that did not see an increase in their ratings. 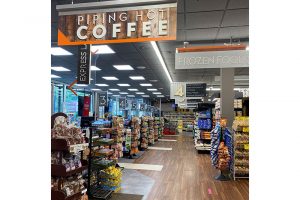 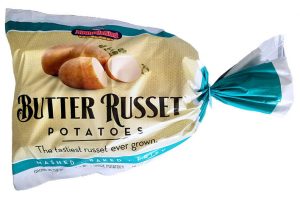 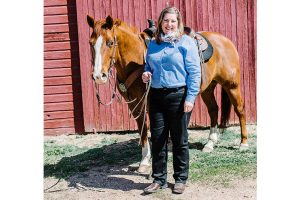