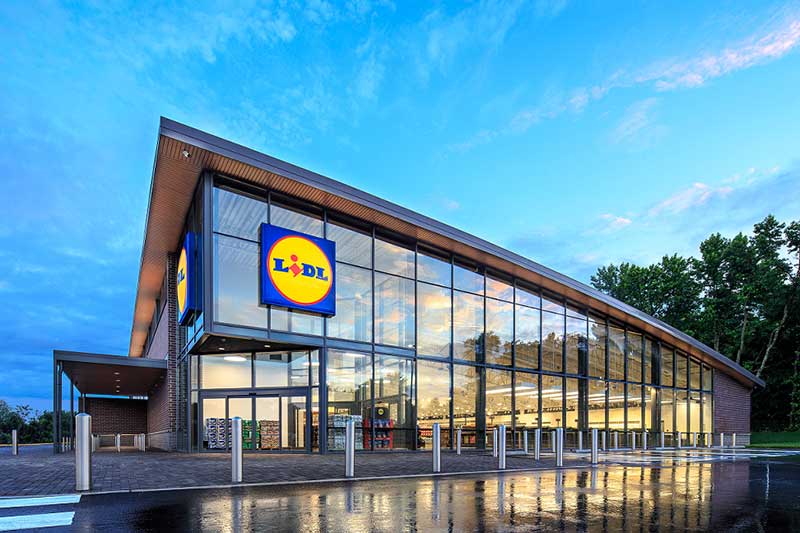 Ahead of its U.S. debut on Thursday, June 15, Lidl has added another store to its opening day roster: in Wilson, North Carolina. The chain also has released its first-ever U.S. pricing leaflet, which includes “incredible deals for grand opening weekend at the first 10 stores…,” according to the European grocer.

Shoppers will be able to pick up Lidl’s Allini Prosecco—recently named Sparkling Wine of the Year at the 2017 INDY International Wine Competition—for $8.99, roughly 40 percent cheaper than the leading Italian Prosecco on the market, the chain reports. From freshly-baked butter croissants for 39 cents, to Fairtrade assorted chocolate bars for 79 cents, Lidl says its pricing holds true to its commitment to deliver top quality at the lowest possible prices.

Other grand opening highlights will include a 22-inch kettle grill for $19.99, Lidl’s black angus all-American beef patties for $3.49/lb. and fresh, never frozen, all-American pork tenderloin for $2.49/lb. Lidl’s insulated thermal bottle will be offered at its stores for $3.99. Fresh pineapples will be offered for 89 cents, tropical mangos for 39 cents and natural vanilla ice cream for $1.99 per tub. The chain’s stainless steel blade smoothie maker will be available for $12.99, with travel cups included. Additionally, Lidl says its “Best-In-Class, 93 point, gold-medal-winning sweet red wine” will be offered for $2.89.

Alongside the grand opening specials, Lidl will kick off its food theme weeks with the Italiamo range, which are authentic specialty items that the grocer is able to bring to customers direct from Italy. An Italian meal can be prepared for under $10 with items like Lidl’s 99-cent extra-long 19-inch spaghetti.

Lidl says that customers who want to save even more can download its new app for additional savings and specials.

The first 100 customers to arrive at each location on Thursday also will receive a wooden coin for a chance to win up to $100 in Lidl gift cards. Shoppers will be able to sample a variety of Lidl’s products and get a complimentary Lidl reusable bag, while supplies last. Festivities will continue throughout grand opening weekend with games, activities, prizes and grand opening specials.

The Lidl stores that will open Thursday include:

Lidl currently operates more than 10,000 stores in 27 countries throughout Europe. The company first established its U.S. headquarters in Arlington County, Virginia, in June 2015. Since then, it has announced regional headquarters and distribution centers in Spotsylvania County, Virginia; Alamance County, North Carolina; and Cecil County, Maryland.