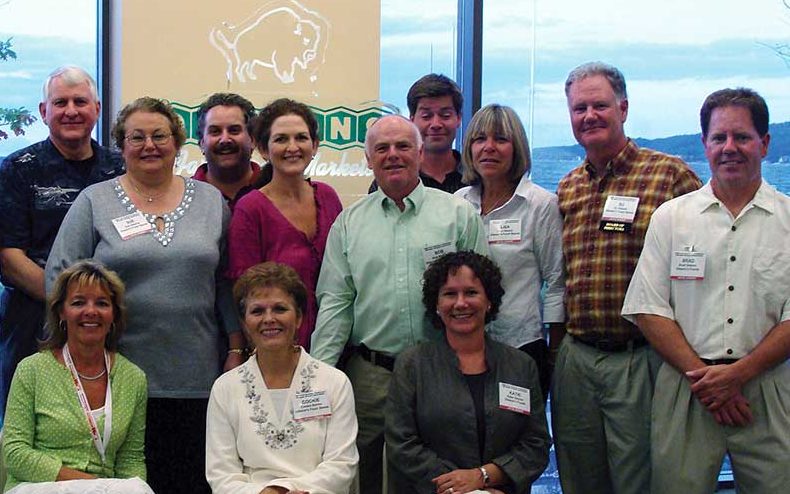 “The award is named to honor former MGA Director Albert F. ‘Al’ Kessel Jr., who passed away in 2012,” said MGA President & CEO Linda M. Gobler. “Al was the founder of the Flint-based Kessel Food Market chain. To reflect his generous spirit, each year one Outstanding Retailer and one Outstanding Business Partner are selected to receive the award. Winners are selected by a 12-member committee.”

2017 Outstanding Retailer: Oleson’s Food Stores
Celebrating 91 years in business, Oleson’s started in 1926 when Gerald “Jerry” and Frances Oleson took over a small store in Traverse City from Jerry’s dad, Nels. Known to most people as “Mr. O,” Jerry believed in no titles and hard work. He was known to carry index cards in his shirt pocket; when he heard something he liked or thought of something he wanted to remember, he wrote it down. Sons Jerry and Don grew up working in the store, taking on more responsibility after graduating from college and eventually adding more stores. Today, Don is president and his son, DJ, is VP.

Having joined MGA in 1934, Oleson’s Food Stores has the distinction of being the association’s oldest member. A former MGA board chairman and current board director, DJ is part of Oleson’s Family Food’s fourth generation along with his brother Brad and cousin Martha “Marty” Watts. A fifth generation also is involved in the company, which now has four stores in Traverse City, Petoskey, and Charlevoix.

Oleson’s shows great entrepreneurial spirit in owning a large buffalo herd that provides natural buffalo meat, with no added hormones or antibiotics, to Oleson’s Food Stores and several Michigan restaurants, according to MGA. In addition, the family and staff care about their community and give back in a big way. Since 1956, Oleson’s has donated all the food as well as thousands of hours of time for the annual Northwestern Michigan College BBQ to raise money for scholarships, equipment and more. In 1962, Gerald and Frances started the Oleson Foundation, designed to continually perform good works in northern Michigan. The foundation grants nearly $1 million each year to worthy organizations.

Oleson’s Food Stores was nominated by Scott Stegink of MGA member SpartanNash. In support of Oleson’s, Selection Committee member Craig Diepenhorst of MGA associate member H.T. Hackney said, “I know their business very well, and for them to continue to succeed in that brutal/compressed environment, with all the new competitors they have had to deal with, is simply amazing.”

“Lipari Foods has been instrumental in our success,” Neiman said. “No matter the request—from late afternoon and special weekend deliveries to creating unique programs, sharing industry knowledge, and helping retailers be first to market with on-trend items—the entire Lipari team gives 200 percent to make it work for their customers.”

In the early 1950s, Jim began distributing unique products from the back of his station wagon. He and his business partner created their own barbecue sauce called Bazzo’s and, later, Jim created Bella Mia Spaghetti Sauce. In 1963, Jim formed Lipari Food Distributors to continue distributing Bazzo’s and Bella Mia, with his big break coming in 1967 when he was named Frank’s Tea & Spice distributor. Jim was soon known as the “spice man,” and his customer base included many independent supermarkets. In 1971, Jim’s son, Thom, joined the company. Today, Thom is president and CEO and his sister, Lori Lipari Adams, is SVP. In 54 years, Lipari Foods has become a leading independent “perimeter of the store” distributor, delivering a wide range of bakery, dairy, frozen, retail, deli, packaging, seafood, meat, grocery, foodservice, beverage products, confectionery and convenience foods to more than 8,000 customers in 14 states.

With more than 1,000 employees, Lipari also gives back to the community in many ways, including partnering with Gleaners Food Bank of Southeast Michigan and Make-A-Wish Foundation, as well as donating to many community and customer-sponsored events.

“Both Oleson’s Family Foods and Lipari Foods have made significant contributions to Michigan’s grocery industry,” said Gobler. “They are active in the association and have earned the respect and admiration of colleagues and customers throughout the state and beyond. The awards are well-deserved recognition.”

The awards will be presented during the MGA Fall Conference opening dinner on Sept. 17 at Crystal Mountain Resort in Weldon Township. 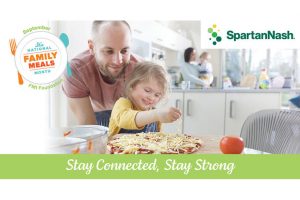 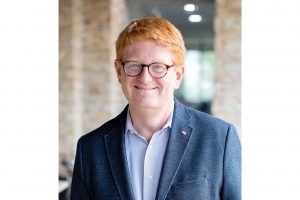