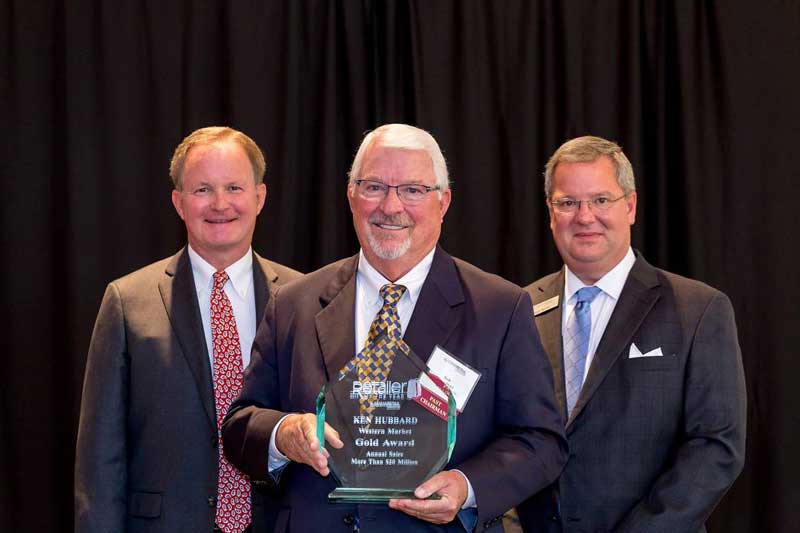 For 69 years, Western Market has served the grocery needs of the Birmingham, Alabama, community. The five locally owned stores pride themselves on customer service.

“We hope that when someone leaves one of our stores, they are pleased with the service. Our history tells us that’s the case,” said Ken Hubbard, chairman and CEO.

Commitment to community, along with expansion and innovation, earned Hubbard and Western Market the 2017 Gold Alabama Retailer of the Year Award in the Annual Sales More Than $20 Million category. The Alabama Retail Association (ARA) honored Hubbard at the Alabama Retail Day luncheon in Birmingham, which is held in cooperation with the University of Alabama at Birmingham’s Collat School of Business.

Of the five stores recognized, three operate as Western Market—Lane Parke in Mountain Brook, Rocky Ridge in Vestavia Hills and Highland Avenue in the Southside area of Birmingham. The Highland Avenue store has operated in its original location longer than any other grocery store in Birmingham. The company also runs a Food Depot in Gardendale and a Village Market in the East Lake area of Birmingham. Previously, the management of individual Western Market stores have been named Retailers of the Year—Rocky Road in 2003 and the previous Mountain Brook location in 2013.

“We are committed and invested in these communities, to serving our customers and remaining Birmingham’s leading independent grocer,” said Hubbard.

The Mountain Brook and Vestavia Hills chambers of commerce, along with the Birmingham Business Alliance, rewarded that commitment by nominating Hubbard and Western as a Retailer of the Year.

Suzan Doidge, executive director of the Mountain Brook Chamber, said, “Western is truly a loyal backbone to Mountain Brook,” where it opened a new store in 2016, just behind its previous location, where it had been for 57 years.

Karen Odle, president and CEO of the Vestavia Hills Chamber, said, “Over the years, Western has been our go-to business when we need help.”

Laura Boyles, director of investor relations with the Birmingham Business Alliance, called Western “an important member of our region” and “an everyday grocery store that also has the best in gourmet brands and ingredients.”

The Retailer of the Year judges were impressed with the grocer’s online ordering, digital menu boards, wine-by-the-glass vending, LED lighting and other innovations. Hubbard’s promotion of local and state retailing “rounded out Western Market for me,” one judge said. Hubbard serves as chairman of the board of trustees for Alabama Retail Comp, the workers’ compensation fund for the ARA. He also is a past chairman of the association and serves on its board of directors.

“Ken Hubbard is a retailer of the year every year to the Western Market customers, its 300 employees as well as the Mountain Brook, Vestavia Hills and greater Birmingham communities,” said ARA President Rick Brown.

Western Market, an ARA member since 1989, was one of 14 Retailers of the Year honored at the luncheon. This year’s winners came from a pool of more than 90 nominees. The Alabama Retailer of the Year awards, started in 1999, honor retailers who have demonstrated growth, innovation and a commitment to their respective communities.

The ARA represents 4,200 retailers, the largest private employer in the state of Alabama, before the Alabama Legislature and the U.S. Congress. 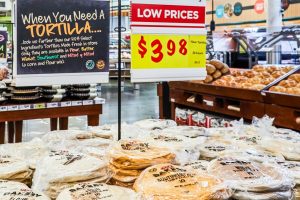 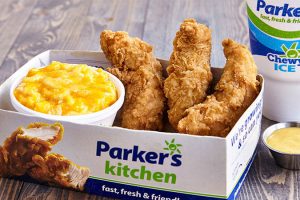