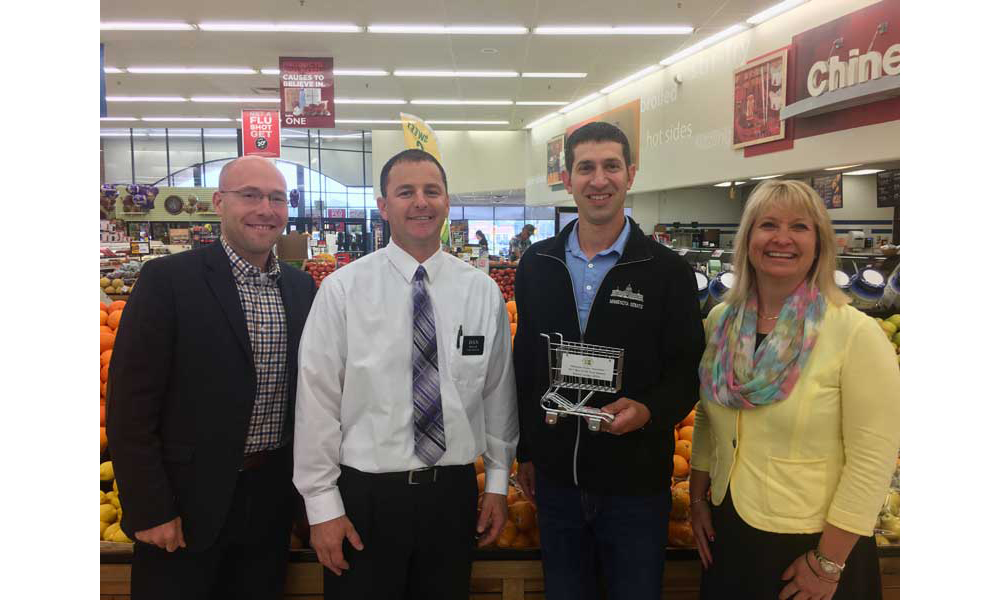 The 2017 legislative session in Minnesota resulted in positive momentum for the state’s food industry.

In one case, she said that just the fact that a bill made it to the governor’s desk was worthy of celebration.

Each year, the MGA awards lawmakers who prevent harmful measures and pursue legislation helpful to the food industry. To receive a Hero of the Food Industry Award, a legislator must have the highest rating on MGA’s legislative scorecard. Out of 201 legislators, 107 received an “A” rating from the MGA in 2017.

In addition, the legislator must distinguish himself or herself by advocating strongly and effectively on a priority issue.

Four legislators received a Hero of the Food Industry Award, and one will be chosen as the 2018 Minnesota Grocers Association Legislator of the Year. The four state legislators MGA selected this year are: Sen. Justin Eichorn, Sen. Jeremy Miller, Rep. Jim Nash and Rep. Joyce Pippin. The top honoree will be announced on Jan. 23 during the association’s legislative dinner in St. Paul at the St. Paul Hotel.

MGA said Eichorn showed he was a champion for a competitive and free market in his very first term. He co-authored the Consumer Choice Act, which permits retailers the option of providing customers with paper, plastic or reusable bags at checkout and prevents local units of government from imposing bans on paper, plastic or reusable bags. His support of the issue and membership on the senate environment and natural resources finance committee ensured it advanced in a larger omnibus bill.

Nash also was an author of the Consumer Choice Act, which was a top food industry priority.

“Minneapolis had passed an ordinance and it was going into effect and our legislation preempted that actually going into effect for the City of Minneapolis,” Pfuhl said. “We had a multitude of cities that were then following suit, looking at it and having the dialogue, so this was a tremendous win for the industry.”

Eichorn also co-authored an MGA regulatory relief priority that allows businesses to appeal driveway permit denials from the Minnesota Department of Transportation (MnDOT). This created a check and balance to ensure brick-and-mortar businesses have a stronger partnership with MnDOT to meet their access needs.

Miller was presented the Hero of the Food Industry Award at the Hy-Vee in Winona by store manager Dan Welsh before touring the store to further understand the complex nature of the industry. In his third term, MGA says Miller continues to rise as a legislative star and regularly meets with the association to discuss the impact of legislation on the food industry.

“Minnesota has a diverse economy, and the food industry is an important part in creating a vibrant economy. Our community is fortunate to have an abundant network of job creators to the industry, which provides one out of every 20 jobs in the state,” said Miller. “I am honored to receive this award from the Minnesota Grocers Association, and I will continue to advocate for main street Minnesota businesses and all Minnesotans.”

Miller is the deputy majority leader in the Senate Republican Caucus and was a leader in managing support for proactive policies for the food industry this past session. As chair of the jobs, economic growth finance and policy committee, he was a leader in promoting key labor initiatives for the industry.

He was chief author of the Uniform State Labor Standards Act with preemptive language that blocks local governments from creating their own minimum wage and employment mandates. The bipartisan bill would have left all labor decisions at the federal and state level instead of allowing a patchwork of measures in localities across Minnesota.

House Majority Leader Peppin was presented with her Hero of the Food Industry award at Cub Foods in Rogers by store manager Jeff Bradley before touring the store.

“Minnesota has a diverse economy, and the food industry is a critical part in creating long-term growth and prosperity,” said Peppin. “Our community is blessed to have a strong network of job creators for the industry that includes retailers, distributors and manufacturers. I am honored to receive the 2017 Hero of the Food Industry award from the Minnesota Grocers Association and will continue to advocate for an industry that puts food on the table for Minnesota families and provides one out of every 20 jobs in the state.”

Peppin, serving her seventh term in the House, also was co-author of preemptive language that blocks local governments from creating their own minimum wage and employment mandates, such as sick-and-safe-time requirements.

MGA says Peppin was a key leader in negotiating final agreements with the Dayton Administration and worked tirelessly to ensure industry was at the forefront of discussions.

“We’re seeing our cities coming up with a lot of ordinances,” Pfuhl said. “Minneapolis has passed a $15-an-hour minimum wage bill.”

But the minimum wage in Minneapolis will be $10 per hour for large businesses—those with more than 100 employees—on Jan. 1. The city’s minimum wage will rise over several years until reaching $15 on July 1, 2022. Thereafter it will increase with inflation.

For smaller businesses, the rate will increase to $10.25 as of July 1, 2018. The minimum wage they must pay also will escalate from then until July 1, 2024, when it will be on par with large businesses.

In addition, Minneapolis and St. Paul both passed mandatory sick-and-safe-time policies, and Duluth is looking at those types of measures as well, Pfuhl said.

In Minneapolis, the sick-and-safe-time ordinance went into effect July 1, 2017, and covers employers with one or more workers within the geographic limits of the city. Workers accrue one hour of sick and safe time for every 30 hours worked, up to 48 hours per year. Employees can use accrued sick and safe time 90 calendar days after they begin employment to care for their personal or their family members’ mental or physical illnesses or after incidents of domestic abuse, sexual assault or stalking of an employee or a member of the employee’s family.

As a member of the senate tax committee, Miller also worked to advance tax relief for the industry, which included a multitude of proactive provisions from the MGA. The largest tax relief bill in decades was signed into law during the session as well.

Pfulh said that both Peppin and Miller “displayed outstanding leadership in advocating for common sense policies that create job growth and spur economic activity” and were champions of a “free marketplace, not placing undue burdens on local business and helping our neighbors keep their shopping baskets full.”

In his second term, Nash is a member of the House government operations and elections policy committee. He advanced several issues that ensure industry competitiveness.

Nash’s work on the House commerce committee was in line with MGA’s priorities. He authored legislation to permit Sunday off-sale liquor sales, which provides a first step in updating Minnesota’s liquor laws.

He also co-authored a new law that requires local government agencies to notify license holders 10 days in advance of ordinances that impact their business. This legislation creates more transparency as local issues continue to be a challenge to industry’s viability.

*Editor’s note: This is part of the Minnesota Market Profile, which appears in the January 2018 print edition of The Shelby Report of the Midwest.

Hy-Vee Will Open First Wahlburgers At Mall Of America 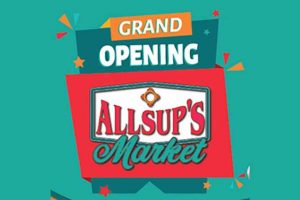