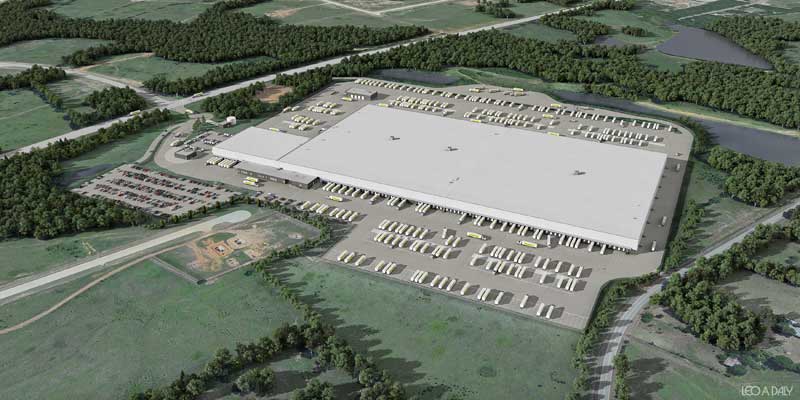 Dollar General Corp. plans to build a new distribution center in Longview, Texas. The facility in Gregg County is expected to create approximately 400 new jobs at full capacity and serve approximately 1,000 Dollar General retail locations in Texas and the Southeast. According to the company, construction should begin in early 2018 pending the receipt of all required governmental permits and development approvals and the absence of unforeseen circumstances.

“Dollar General is excited to expand our supply chain and distribution operations in the Lone Star state with today’s announcement,” said Todd Vasos, Dollar General’s CEO. “This facility is expected to support Dollar General’s growing store count in Texas where we already operate more than 1,400 current locations and have complementary operations in San Antonio. We look forward to the facility helping better serve our customers with value and convenience, as well as creating career opportunities for approximately 400 future Dollar General employees. I would like to express my gratitude for our partnership with Texas Governor Greg Abbott, leadership in both Gregg County and the city of Longview and the Longview Economic Development Corporation, all of whom helped support this project.”

In addition to the full-time jobs the facility is expected to create, Dollar General also anticipates a strong economic impact through the hundreds of jobs needed to construct the nearly 1 million-s.f. building. Dollar General has selected Clayco as the project’s official general contractor, Leo A. Daly as the architectural engineering firm and Elan Design as the civil engineering firm.

Dollar General says it takes a number of factors into consideration when choosing distribution centers, including its location, its proximity to Dollar General stores, its local business environment and workforce and the availability of local and state economic incentives, among other factors.

“Texas’ dynamic and booming economy is attracting new businesses every day, and we are honored to welcome Dollar General’s new distribution center to Longview as the latest example,” said Texas Governor Greg Abbott. “I am proud that companies like Dollar General continue to invest in our top-notch workforce, and I am excited about this partnership and the positive impact it will have on the Longview community.”

“A project of this magnitude absolutely requires a team effort and creative ideas,” said Wayne Mansfield, Longview Economic Development Corp. CEO. “We are grateful for the spirit of cooperation between Dollar General and our local economic development partners in order to bring this project to completion. The result of this collaboration will provide 400 jobs for our citizens and expand our tax base. The successful recruitment of Dollar General is testimony to the competitive advantages Longview and Gregg County possess. Dollar General’s reputation of success will fit well with our community.”