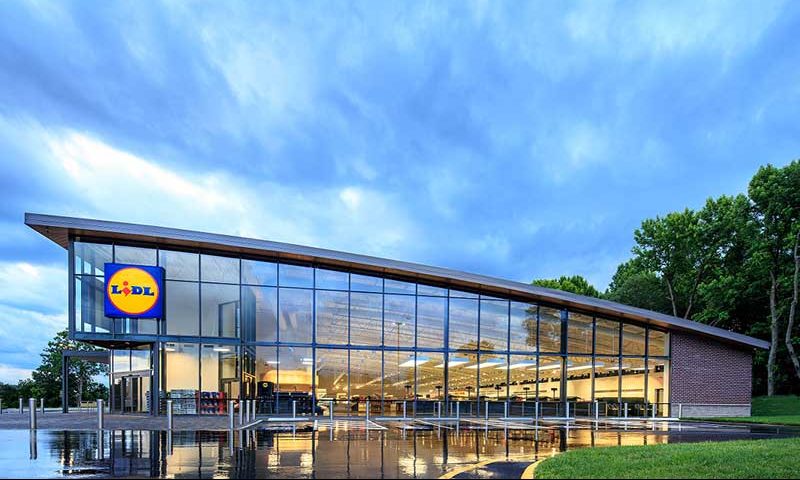 Grocery retailers located near Lidl stores in the U.S. set their prices for key staple products up to 55 percent lower compared to markets where Lidl is not present, according to a new study by the University of North Carolina Kenan-Flagler Business School. The study examined the competitive price effect of Lidl’s entry in the U.S. grocery market and the reaction of Aldi, Food Lion, Kroger, Publix and Walmart.

The independent study was led by Katrijn Gielens, associate professor of marketing at UNC Kenan-Flagler, and was commissioned by Lidl US. Gielens told reporters during a conference call to discuss the results of the study that although Lidl commissioned it, UNC Kenan-Flagler had “full discretion over the contents without Lidl’s input.”

Gielens analyzed prices in six markets where Lidl operates and six control markets in which Lidl is not present in Virginia, North Carolina and South Carolina. She looked at prices for a broad basket of 48 grocery products, including dairy, meats, produce, and canned and frozen goods, which were collected through store visits.

“As all of you know, over the last year, the face of the retail industry has undeniably changed,” Gielens said during the call. “Many established retailers are dealing with declining sales and rising costs, and e-commerce sites are forcing big-box retailers to scrutinize their finances. So it’s fair to say that the grocery retailing industry is in a true state of turmoil. Adding to this turmoil is the recent entry of Lidl in the U.S. market…

“We know that supermarket chains systematically compete with each other on price. The level of competitive pressure Lidl is exerting on leading retailers to drop their prices in these markets is unprecedented. In fact, the competitive price-cutting effect of Lidl’s entry in a market is more than three times stronger than the effect of Walmart’s entry in a new market reported by previous academic work.”

“One of the clear takeaways of this study is that we find clear evidence of substantial price reductions of Lidl competitors,” said Gielens.

Competing retailers set the price for a half-gallon of milk, an important staple product, about 55 percent lower in Lidl markets compared to markets where Lidl is not present, according to the study. It found the following price reactions across product aisles:

Dollar savings for shoppers in Lidl markets is substantial

On average, competing retailers near Lidl stores set their prices approximately 9.3 percent lower than in markets where Lidl is not present, which is more than three times higher what is typically reported in other academic work on Walmart’s entry in a new market. In previous studies looking into the effect of Walmart Super Center entries, competitive price reductions were typically between 1 percent (Basker and Noel 2009) and 2.5 percent (Hausman and Leibtag 2007), and 5 percent at most (Ailawadi et al. 2010).

On average, prices set by retailers in markets where Lidl operates varied considerably among the different supermarket chains.

Temporary drop or here to stay?

When asked whether she believes these price reductions are a temporary response to a new competitor in the market, or if they have staying power, Gielens was hesitant to speculate. However, she did say that unlike a typical price-war effect, it is likely that prices will stay down in markets where Lidl operates.

“This entry is somewhat different from what we’ve seen before, and I think it’s going to be probably more disruptive. For one, Lidl is a concept that is entirely built on offering lower prices and also has extremely low operating costs, and it can afford to keep those prices low,” she said. “I don’t think from Lidl’s point of view this is a typical predatory type of pricing strategy, where you enter a market with very low prices and then you gradually increase them again. I don’t think that’s something that’s very likely to happen.”

While the pace of Lidl’s entry into the U.S. has slowed down (the retailer recently has been halting plans for previously announced stores), Gielens added that she sees no reason to believe it will not continue to expand.

“What I’ve typically observed when you look at Lidl’s entries, wherever they enter in the world, they have these very long-term type of strategies. They can afford to; they’re not driven by quarterly reports, and they can really, literally, can sweat it out…They have this learn, adjust and go ahead-type of approach. They sort of constantly reevaluate and see how it’s going. So whether they’re doing well or not in these first couple of months, I think it is just part of their learning strategy to see how they have to adjust. Based on what we have observed in other markets, I’m pretty certain they’re here for the long term.”

Lidl Visit Shows The Reasons For All The Hype