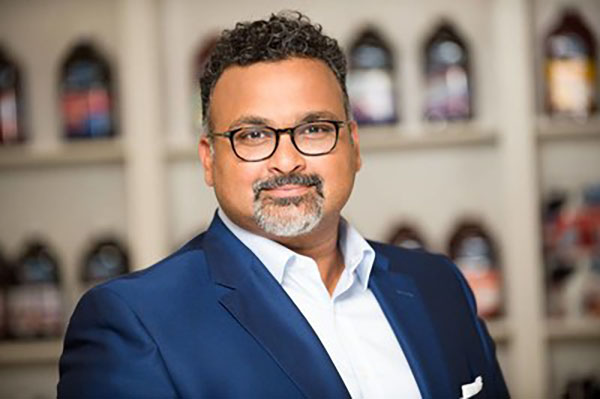 Randy Papadellis, president and CEO of Ocean Spray Cranberries Inc., announced Feb. 15 that he plans to leave the cooperative on July 1, 2018, capping an 18-year career.

Effective immediately, Bobby Chacko, who has been serving as SVP and chief growth officer since 2017, has been promoted to president and COO.

Papadellis, whose career in the food and beverage industry spans more than 35 years and includes working with brands like Cadbury Schweppes, Frito-Lay and Welch’s, will remain on the board and continue as CEO until July. He joined Ocean Spray in 2000 and has served as president and CEO since 2002. Papadellis also is a member of Ocean Spray’s board of directors.

“On behalf of our growers and board I’d like to thank Randy for everything he has done and continues to do to build the strong global business we have today,” said Peter Dhillon, chairman of the board of Ocean Spray, which is based in Lakeville-Middleboro, Massachusetts. “His leadership over the past 18 years has been critical to our success and growth.”

Ocean Spray’s board of directors will continue working on its CEO succession plan over the coming months and anticipates an orderly transition before Papadellis’ departure this summer.

Added Dhillon, “While this is the first public announcement in our CEO succession plan, it is just the latest step in a multiyear process. When Bobby joined Ocean Spray last fall, it quickly became clear that we had found a leader for our next generation of talent and the board looks forward to working with him during this transition.”

“Ocean Spray has always been and continues to be the world’s greatest marketing co-operative,’” said Papadellis. “It has been an honor to work with my colleagues on behalf of our grower-owners for the past 18 years. As I move on to the next phase of my career, I know the business will continue to thrive under Bobby’s leadership.”

Chacko said, “Ocean Spray can truly be called the original farm-to-table company, and it’s going to be exciting to bring this story to new consumers.”

Prior to joining Ocean Spray, Chacko served as regional president of Mars Drinks, where he had complete responsibility for the North American business. Before joining Mars, Chacko had 20 years of strategy, innovation, marketing and commercialization roles with brands like Coca-Cola, AB Inbev and GE Capital. Chacko brings in-market general management experiences and regional perspectives on developed and emerging markets across Asia, Latin America, North America and Europe.

Ocean Spray is an agricultural cooperative owned by more than 700 cranberry growers in the U.S., Canada and Chile. Formed in 1930, it now is the world’s leading producer of cranberry juices, juice drinks and dried cranberries and is the best-selling brand in the North American bottled juice category, it says. The cooperative’s cranberries are currently featured in more than 1,000 products in 100-plus countries worldwide. It has more than 2,000 employees and nearly 20 cranberry receiving and processing facilities.