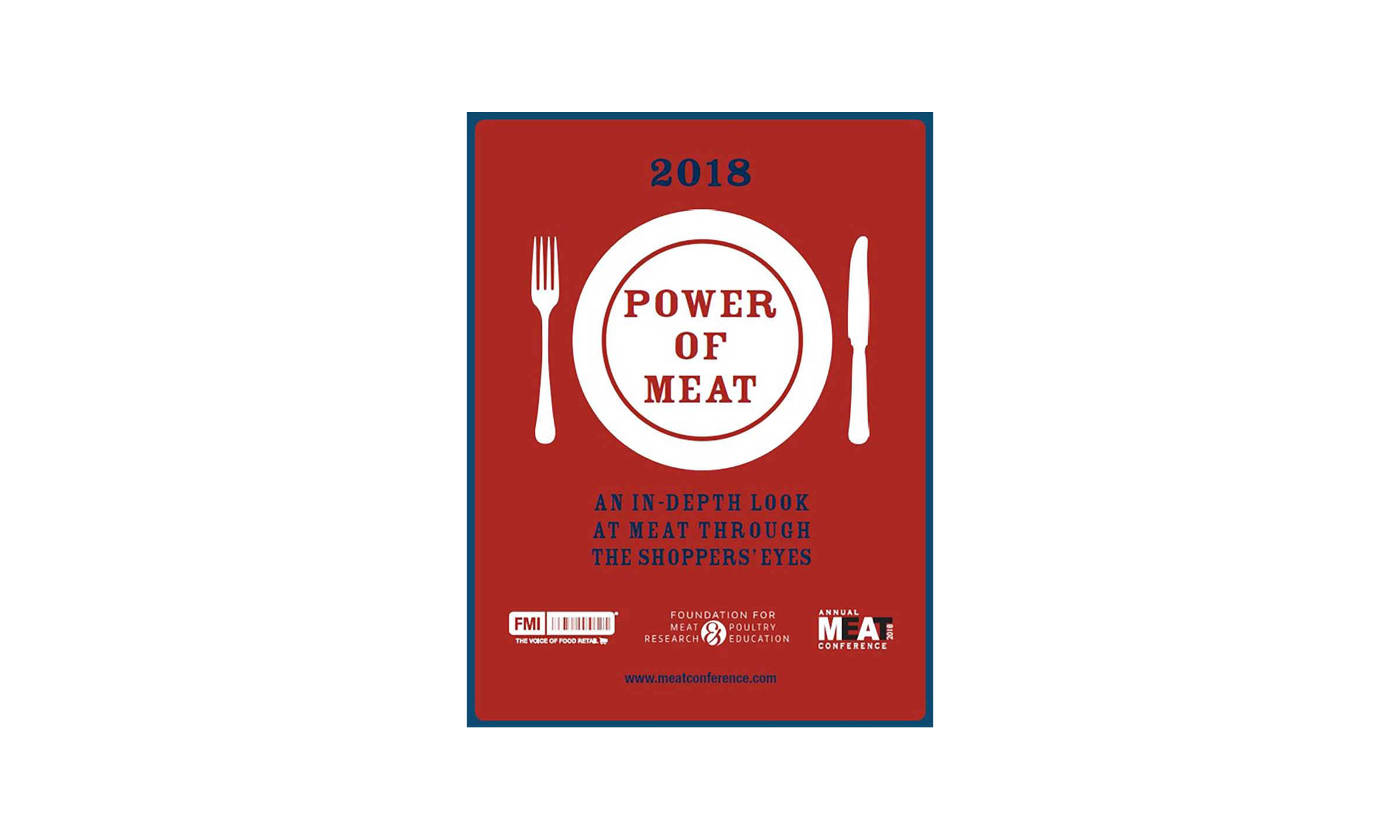 Meat department dollars and volume were basically flat in 2017. According to Anne-Marie Roerink, 2018 could be a better year if retailers are willing to break with routine. More to the point, they need to help shoppers break out of theirs.

Roerink, a principal with 210 Analytics, presented “The Power of Meat” report at the Annual Meat Conference in Nashville, Tennessee, in late February. This is the report’s 13th year. So much data has been collected that it now is possible to look not only backward but also map a way forward. And it appears that 2018 is the year to take some risks in the meat department.

For independent grocers, meat can represent a 30-40 percent chunk of overall sales.

“If your meat department is flat, it is almost impossible for the rest of the store to offset that. So we need to figure out a way to change this,” she said.

Routine, she said, is the meat industry’s biggest enemy. On the retail side, the focus understandably is on driving volume and minimizing shrink and markdown. But that leads to repetition. Retailers sell what consumer buy.

On the consumer side, 83 percent of shoppers only buy a handful of different cuts despite all the offerings that are available to them. They stay in their comfort zone, whether that entails price, convenience, or knowledge and skill.

“If we can figure out a way to get people to buy a bigger variety, then I think we all win,” Roerink said.

She led conference attendees through 10 megatrends that can be leveraged to drive growth in household and plate penetration, trips to the store and basket sizes.

For 13 years, the Power of Meat report has featured a decision tree. It is built on six factors people rank based on what is most important to them when they decide to buy meat: price per pound; appearance/quality; total package cost; nutrition; preparation knowledge; and preparation time/ease.

As has been the case every year, price per pound continues to be the top concern. Thirty-five percent of the 1,500 shoppers surveyed said so, though it varies among generations and demographics because there is no one meat shopper anymore.

Appearance/quality (26 percent of all respondents) is of particular importance to Baby Boomers, who tend to know their way around the meat case.

High-income consumers are looking at nutritional value and convenience.

“We describe it as one-size-fits-all has to make room for one-size-fits-me,” Roerink said. “We see these different approaches throughout the population, whether it is how you research for the meal purchase, how you’re inside the store interacting with the department or even at home and the different kinds of ways people prepare the meat.”

The key is to personalize the path to purchase for all shoppers. That can be through a curated assortment, package size variety, information and education, product/production attributes and promotional outreach.

When it comes to meat, the vast majority of people do a lot of research, either in the store or before they go to the store. Eighty-four percent of respondents said they check prices at their primary store more than half the time. Seventy-three percent check prices across two or more stores.

“Having relevant price points is absolutely still key to capturing this trip but, at the same time, we have to make sure that we rise above price,” Roerink said.

Inside the store, 90 percent compare prices/promotions across items using in-store signage, and 96 percent sift through package sizes to find one at the right price for them.

That’s “a huge learning…because at the end of the day, nobody wants that last package,” she said. “Out-of-stocks is the No. 1 detractor of satisfaction, so it costs you way more than the sale alone.”

Package variation is especially important for Millennials, who are focused on that total package cost.

Digital touch points continue to grow: 36 percent use a digital circular; 11 percent social media; and 22 percent email/website. Again, the numbers are higher for younger generations than for Boomers. Digital is a great platform for education, tips, list generation, online ordering and more.

“With digital at our fingertips, let’s try to start elevating this discussion far beyond price,” Roerink said.

“In-store is becoming more and more relevant,” Roerink said. “Right now, the Gen Xers are actually the biggest spenders on meat, but Millennials are really ramping it up and getting very, very close to being the biggest spenders in meat. They’re very focused on digital obviously, but what is very interesting to me is in-store signage is relevant to every single shopper in your store, so be sure to execute on that side extremely well.”

Roerink said she prefers to call education “upskill” because younger people need the skills to really love meat again the way older generations do—to have an emotional rather than just a functional connection with meat.

“If you lack skills, you go for something that is safe and oftentimes that means you’re going to choose something that has a low price point,” she said. “There’s so much to be gained by really driving this knowledge to affinity.” 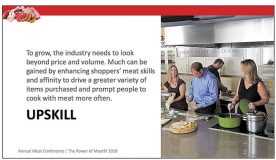 Three components go into making this happen: meat knowledge, variety purchased, and the number of home-cooked meals with meat.

The survey has always asked people to rate their self-knowledge about cooking meat, buying meat, understanding its nutritional value, the USDA grading system and more. They answer that they are knowledgeable (this year 47 percent said they were), know the basics (35 percent) or need help (18 percent). In other words, more than half are not knowledgeable.

It is not surprising, then, that 83 percent of shoppers buy only a handful of cuts/kinds of meat. But 42 percent of those respondents who buy a limited number of cuts and kinds said they would try new items “if advised.”

“Each and every time we looked into this a little bit deeper, we realized that people with greater knowledge tend to buy a greater variety,” she said.

The third piece, the number of meals cooked with meat, dipped during the recession and is making a comeback. However, 40 percent said they only cook one to three meals with meat in a typical week; 34 percent said they do four times a week; and just 26 percent said they prepared meals that include meat five to seven times each week.

It is that last group that needs a closer look.

“What is their behavior and how can we copy those learnings onto the 40 percent that only cooks with meat once or three times a week?” Roerink said.

When purchase variety and the number of meals that include meat each week are taken together, a logical and powerful formula reveals itself.

“If we as an industry can figure out a way to drive meat knowledge and skills and an affinity for meat, we get them to buy across a greater variety, we get them to cook with meat more often, and this benefits the entire retail industry through higher spending, more trips and greater store loyalty because they start to really enjoy your meat department and start to figure out what they like and what they’re able to cook,” she said. “The beauty of it is the number of people that lack knowledge or want to be advised is so high that it really just takes off regardless of what your brand is, who you cater to or what your store is and who shops there.”

The challenge is that the people who lack knowledge don’t tend to be in stores as often. That has to be addressed because if it isn’t and their comfort zone fails to expand, meat sales will suffer.

Continue on to Part 2: Rethink The Shopping Experience

2018 Will See High Meat Consumption, But The American Diet Is Shifting