Home » Meal Kit Mania: More Retailers Get In On The Growing Trend 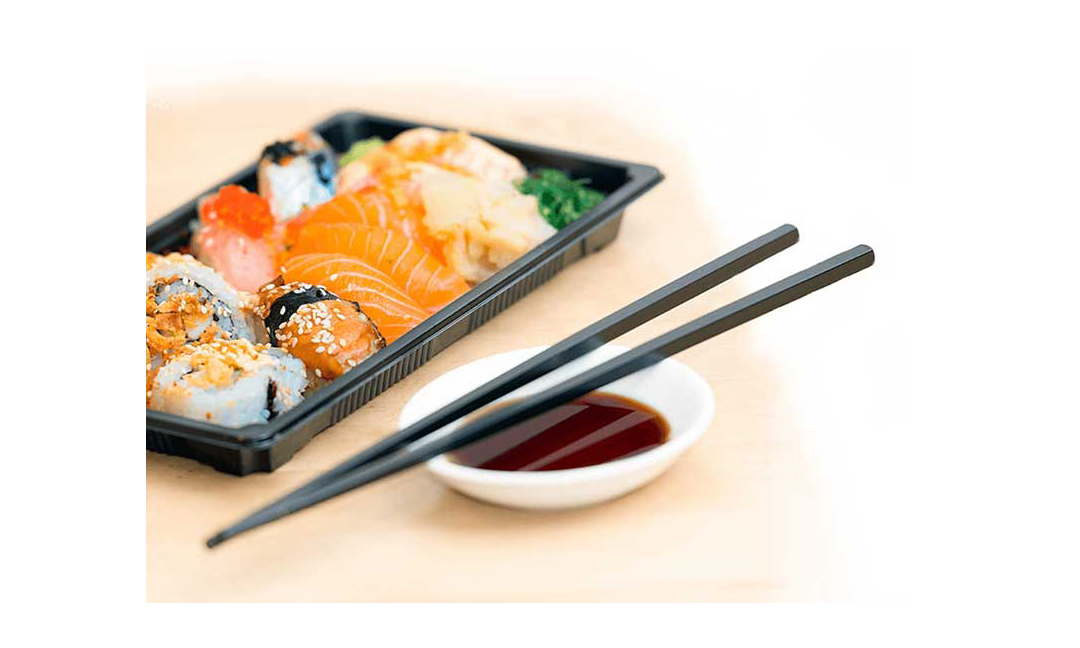 In 2017, in-store meal kits generated $154.6 million in sales, posting growth of more than 26 percent year-over-year, according to Nielsen.

Of the 9 percent of Americans who have tried a meal kit, 6 percent have purchased exclusively online. Nielsen’s analysis of its “What’s Cooking” consumer segmentation to determine which consumers groups are avid meal kit buyers showed that more than one-fourth (26 percent) of meal kit users classify themselves as gourmet cooks. Only 16 percent of U.S. consumers consider themselves gourmet cooks—highlighting the notable appeal of meal kits to this consumer segment. On the flip side, 15 percent of Americans consider themselves frozen foodies, yet only 9 percent of frozen food consumers are meal kit users.

Looking at what meal kit buyers look for in the offerings they purchase, nearly 60 percent say value for the money is extremely important, and 49 percent say low-cost items are important. Nielsen also found that 56 percent of consumers disagree that meal kit services are affordable for everyone; this suggests that both retailers and online purveyors need to clearly articulate the value their offerings provide when pitted against traditional options. 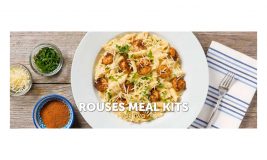 Louisiana-based grocer Rouses Markets in March introduced its own line of ready-to-cook meal kits, available in the deli/prepared foods departments at a number of its 55 stores in Louisiana, Mississippi and Alabama.

“The food is really delicious, and the portion sizes are very generous,” CEO Donny Rouse said. “Our chefs spent months testing the recipes.”

Recipes at launch include Blackened Shrimp Pasta; an “Eat Right with Rouses” Lemon Pepper Salmon with Kale and Beet Salad, which has fewer than 600 calories; and three international-themed choices: Teriyaki Chicken with Egg Rolls, Chicken with Greek Orzo Pasta Salad and Chicken Fajita. Recipes will vary by season. 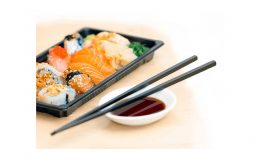 The meal kit program is being added to iGrabit’s suite of features on the igrab.it platform and app.

“Meal kits, which started out as a direct-to-consumer subscription business, have migrated to the retail grocery channel in a big way, with food retailing giants like Walmart, Kroger and others introducing meal kit programs or offering third-party products for sale both in-store and online,” iGrabit says. “The independent grocer however has with a few exceptions been left out of the meal kit category thus far, which according to research firm Packaged Facts, currently has sales of $1.5 to $3 billion in the U.S.”

iGrabit founder and CEO Prem Balwani says, “We not only want to help independent grocers compete with the e-commerce grocery giants in general, we also want to find ways to assist them in getting into new, potentially cutting-edge categories like meal kits.”

The program initially is being rolled out in Florida and Georgia in partnership with meal kit maker and distributor Strong Foods, which will offer a selection of meal kits that grocers can feature and offer for sale on their iGrabit digital storefront and in-store. iGrabit also says it is in the process of bringing on various chefs and others who will create meal kits and make them available to independent grocers through the new program.

“We plan to take a targeted, regional approach, using chefs and purveyors from local markets to create meal kits that serve the needs of independent grocers’ specific market regions,” Balwani says. “In talking with independents about the program, we concluded this approach will provide a real competitive advantage to our grocer-partners.”

The igrab.it app allows shoppers to order groceries online for pickup at their local supermarket. It also includes features like home refrigerator and pantry tracking and grocery list-sharing.

Weight Watchers International launched WW Healthy Kitchen, a collection of products and content designed to make it easier for consumers to cook and eat healthier, at the International Home + Housewares Show in March in Chicago.

Its “healthy and fresh” quick-prep meal kits that will be available at grocery retail in the second half of this year were created in partnership with FreshRealm LLC. Together they will develop WW-branded quick-prep, pre-portioned meal kits and individual fresh food products.

“There has been a shift in what people demand as it relates to the food they consume; people are busier so they want convenience, but they also desire fresh foods—whether they are on the go or at home with their family,” said Michael Lippold, founder and CEO of FreshRealm. “We’re working closely with WW to deliver on all these points with a distinguished product line of healthy and delicious quick-prep meals.”

Walmart is rolling out meal kits to more than 2,000 stores this year.

Available now in more than 250 stores, the kits were developed and tested in the retailer’s Culinary and Innovation Center; they are made and assembled fresh in-store daily and sold in the deli. The meal kits are available in various prep stages: pre-portioned cooking kits; kits to accompany the grocers’ rotisserie chicken; and options that can be heated up and on the table in less than 15 minutes. The meals serve two people and range in price from $8-$15.

The meals also will be available via Walmart’s Online Grocery Pickup service. Customers can order online at lunch and pick up their kits as soon as dinner time.

In addition to the meal kits being launched in stores, Walmart.com offers meal delivery kits and other specialty food items like farm fresh crates and snack boxes. The new service launched late last year at walmart.com/mealsmadeeasy. 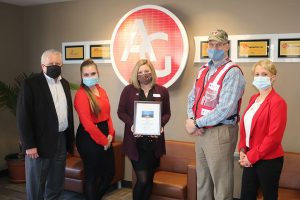 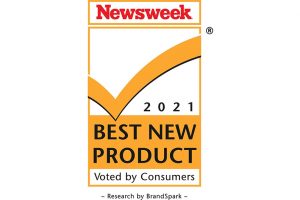 Virginia Dash In Is The First To Feature New Format, Menu Offerings
IGA Is ‘Upbranding’ Before Switch To Digital-First Marketing