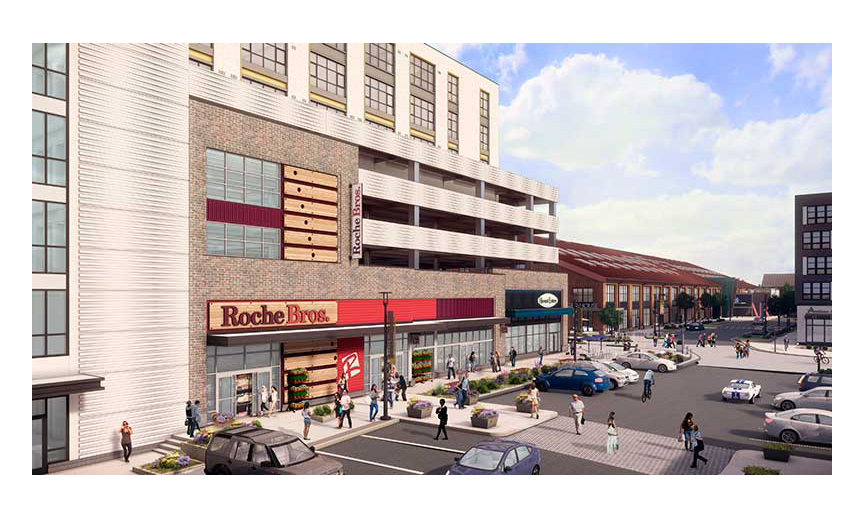 Roche Bros. plans to open a supermarket in Arsenal Yards, Boston’s new mixed-use development from Boylston Properties and The Wilder Cos., in Watertown, Massachusetts. Roche Bros. will join The Majestic at Arsenal Yards, a movie theater; and City Works Eatery & Pour House, offering classic American cuisine and more than 90 local and global beers.

“When Bostonians talk about Roche Bros., they say that it’s simply the best,” said Tom Wilder, principal of The Wilder Cos. “Roche Bros. continuously surpasses expectations with its incredible quality, selection and top-notch customer services, and we could not be more pleased to have them as a partner who will be bringing the best of fresh groceries to this new urban neighborhood.”

“We are proud and excited to be a central part of one of Boston’s most exciting and inviting new neighborhoods,” said Rick Roche, co-owner and CEO of Roche Bros. “Our Arsenal Yards store will offer convenient services and products customized for the needs and wants of residents, and the nearby workforce, including grab-and-go lunches and catering and delivery services for home, office and social events.”

Site work is underway, and the store is expected to open in the summer of 2019.

Located on the banks of the Charles River where Boston meets Cambridge, Arsenal Yards will be surrounded by new and existing office developments, including AthenaHealth and the recently opened biotech lab building, Linx. The urban neighborhood will be a more than one million-s.f. foot development including 250,000 s.f. of shops and eateries (200,000 s.f. of new and existing creative office and lab space), Blvd & Bond (425 contemporary residences), a 150-room Hampton by Hilton, The Fitness Collection, a dedicated green space, a revitalized Arsenal Park, renovated bike path and expanded access to the Charles River.

Big Ys In Milford And Easton, Massachusetts, Are Reborn