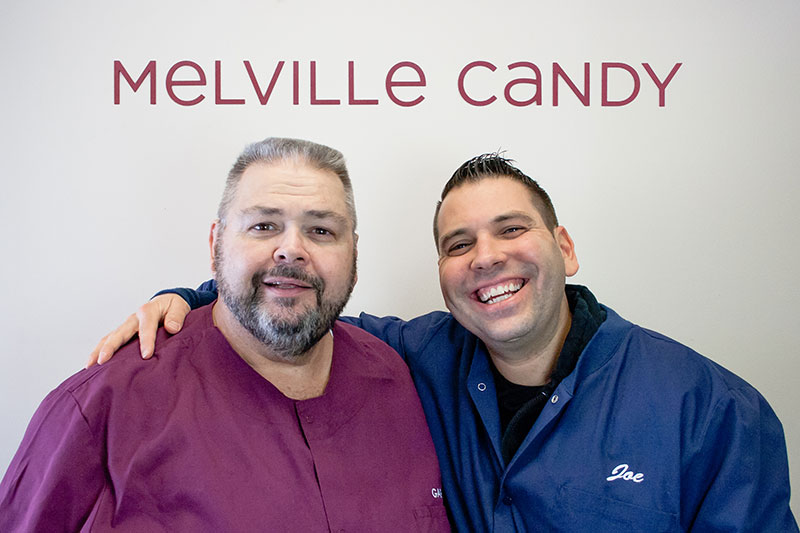 “We were stunned to get this incredible news,” said Gary Melville, master candy maker. “My uncles started making candy in Boston in the 1940s, and it has been a family love affair ever since.”

“We’re so proud of what this says about the incredible candies we make,” Joseph “Joe” Melville added. “We’re also proud to demonstrate that high-quality manufacturing is alive and well in Massachusetts, competing successfully across the nation and the world.”

The Melville Candy Co.’s candy-making tradition continues, using original recipes dating back to uncles George Flynn and Kenny Melville. Both were master candy makers and owner-operators of retail candy stores in the Boston area from the 1940s to the 1970s. These recipes were later perfected by Gary’s dad, Francis Melville. In 1978, Gary and Debra Harkins, Joe’s mother, launched Sweetheart Pops out of their two-family home in Quincy, Massachusetts.

The company grew by selling its famous New England Lobster Lollipops and Old Tyme Barley Lollipops to small gift and souvenir shops in the local area. In the early 2000s, Joe joined the business, and the company was renamed Melville Candy Co. Since this father and son duo began working together, their candy making vision has grown, creating ground-breaking candy styles and confectionery treats. The company produces hard candy lollipops, chocolate treats and crispy marshmallow confections. They handcraft each confection in small batches and are able to create custom items to fulfill specialty requests.

Some of their lines include gourmet flavored lollipops, honey spoons, lobster lollipops, chocolate-dipped stirrers and an extensive variety of seasonal and trendy collections. Melville Candy’s products are sold nationally and internationally and can currently be found in gift and souvenir shops, large scale retailers, specialty food and grocery stores, theme parks and marketing promotional companies.