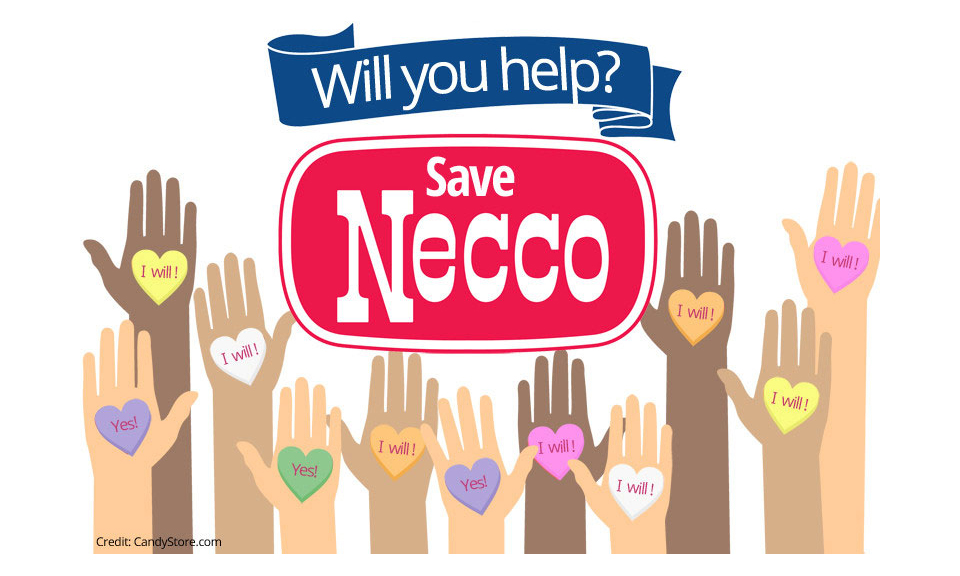 A GoFundMe page (gofundme.com/we-need-to-save-necco-wafers) has been created to try to save New England Confectionery Co., better known as NECCO, in Revere, Massachusetts.

NECCO is known for its Necco Wafers and Sweetheart Valentine’s Day candy hearts. The company has been manufacturing candy in the Boston area since 1847, making it the oldest candy company in North America.

The private equity firm that owns the company has announced it will close it down by May 6 if a buyer is not found.

If the crowdfunding campaign is successful, the group will move NECCO to a new home in Massachusetts.

The group cannot offer shares in the company in return for the donations, and there is no tax deduction available. It is a donation to a potential commercial venture.

The funds raised would be added to other capital being gathered by the potential purchasers of some or all of NECCO. If the donation is not used to achieve the purchase of NECCO in some form, the donation will be returned to the giver.

Gulachenski told CandyStore.com that “if no deal comes soon, hundreds of workers will be laid off and millions of candy lovers disappointed.”

He said he would bring back the executive team he had during his tenure and work to preserve the heritage of NECCO.

According to the GoFundMe page, “Welcome to the SAVE NECCO fundraising page. A dedicated team who made the once great company profitable for the first time in decades by 2012 is trying to save the company from closing forever.

“There are a lot of GoFundMe pages set up to save NECCO, but this one is the only legitimate one around because the team to make the company successful once again is behind it. We appreciate everybody’s efforts to save the company, but once you buy it you need to be able to run it. The team includes the talented people from marketing, research and development along with finance and operations that made the company work just six short years ago and we have the plan to make it work again.”

Study Finds Pureed Meat May Be Beneficial For Formula-Fed Infants
KeyMe Partnering With Albertsons Cos. To Expand Kiosk Locations