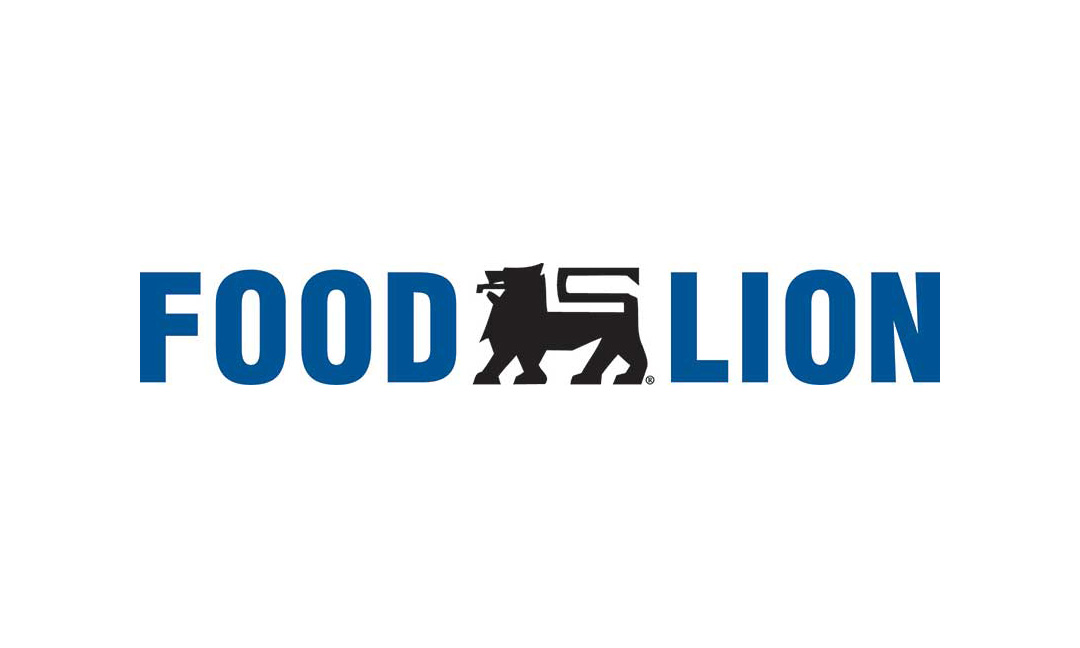 It wasn’t quite six weeks ago that Food Lion announced it would purchase three Farm Fresh stores that would otherwise close for business in the greater Norfolk, Virginia, market. On Wednesday, May 9, these three stores, located at 1615 General Booth Boulevard in Virginia Beach, Virginia; 608 Mercury Boulevard in Hampton, Virginia; and 683 South Hughes Boulevard in Elizabeth City, North Carolina, opened their doors.

“Food Lion is so excited to add these three new locations to its network of more than 100 stores serving the greater Norfolk area,” said Food Lion President Meg Ham. “We are part of the fabric of this community. We’ve been here in the towns and cities of Hampton Roads nourishing our neighbors and customers for nearly 40 years. With the addition of these three new stores, we have an even greater opportunity to serve more customers with fresh, quality products at affordable prices every day with the caring, friendly service they expect from Food Lion.”

At three grand opening celebrations held the morning of May 9, each store celebrated with a ribbon cutting, made check presentations to community partners and gave the first 100 customers in line free tote bags and mystery gift cards valued between $5 and $200 before opening its doors at 8 a.m. 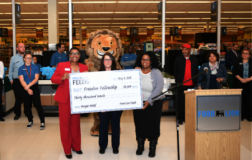 Customers crowded the front of the new Food Lion store in Virginia Beach on May 9 to help store manager Diane Hollobough cut the ribbon and celebrate the new store’s grand opening.

The crowd of more than 150 customers, associates and company leaders celebrated together as they toured the new store, complete with a fresh salad bar, pharmacy, hand-battered fried chicken and more new features.

“Every improvement Food Lion has made has been with our customers in mind,” said Hollobough. “We want our customers to know they can count on Food Lion for that every day, all at the affordable prices they have been able to count on from us for the last 60 years.”

Hollobough announced a donation of 30,000 meals to the stores local feeding agency, Freedom Fellowship, which she presented to Ruth Jones Nichols, the CEO of the Foodbank of Southeast Virginia and the Eastern Shore. 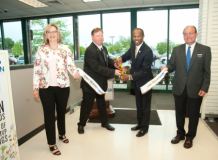 “This is my neighborhood store,” a shopper said as she stood in line waiting for a gift card, one of the first 100 to arrive at the Hampton store before 8 a.m. “We can’t think Food Lion enough for buying this store. We’re so happy.”

“Food Lion has been such a great partner in our community,” Mayor Tuck shared with the audience of Food Lion leaders and associates, community partners and media. “We are delighted you have chosen to open this store. My own experiences of Food Lion have been positive. I can always get in and out while saving money, so I know the folks in this area are excited!”

Store manager Dave Bergeron also spoke to the expanded offerings in the store, from pharmacy to grab-and-go items, to fresh produce and gluten-free options, to salad and wing bars, as well as the hand-battered fried chicken.

Following remarks, Mayor Tuck cut the ribbon, and the more than 200 customers lining the building came to experience their new Food Lion. The first 100 received gift cards, and all customers received totes as well as free samples of private brand snacks and LaCroix and Red Bull products.

The Mayor of Elizabeth City, North Carolina, is pretty fond of Food Lion.

“When Farm Fresh decided to leave us, I sort of panicked,” Mayor Bettie Parker said. “I said ‘oh my, yet another empty store,’ but then I saw that Food Lion was going to take its place, I thought, ‘way to go’ because I am a Food Lion customer!”

Parker, along with Commissioner Charles Jordan, Councilwoman Anita Hummer and Councilman Gabriel Adkins, arrived early the morning of May 9 to celebrate the store’s grand opening.

“Whenever a new business opens, it brings new jobs and revenue to the city, so we are glad to welcome Food Lion,” said Parker.

The new store had a line of customers formed outside before day break. In anticipation of the grand opening, waiting customers were hopeful to be one of the first to enter the store and receive a mystery Food Lion gift card valued up to $200 and free tote bag given to the first 100 customers.

Food Lion leaders gathered with associates prior to the stores opening for a ribbon-cutting ceremony to commemorate the day. Delony Spraggins, SVP of retail services; Angela Reynolds-Wiegand, director of shrink and analytics; and Matt Nereim, VP of strategy and PMO, attended and shared congratulations with store manager Keith Sanderlin and his store team.

Shortly after the ceremony, longtime customer Joyce Cesil pulled into the checkout lane with a basket full of grocery staples and a few new items. Cesil, like many others, took notice of the expanded assortment available in her new Food Lion store.

“I am delighted to see a store like this now in the area,” said Cesil. “I’ve always preferred Food Lion; it has always been my store. I’m a busy person, so to have a store that I can find everything in so I don’t have to shop multiple stores is just great.”